Sartaj gets closer to finding out how radioactive materials entered Mumbai as Gaitonde has an identity crisis. 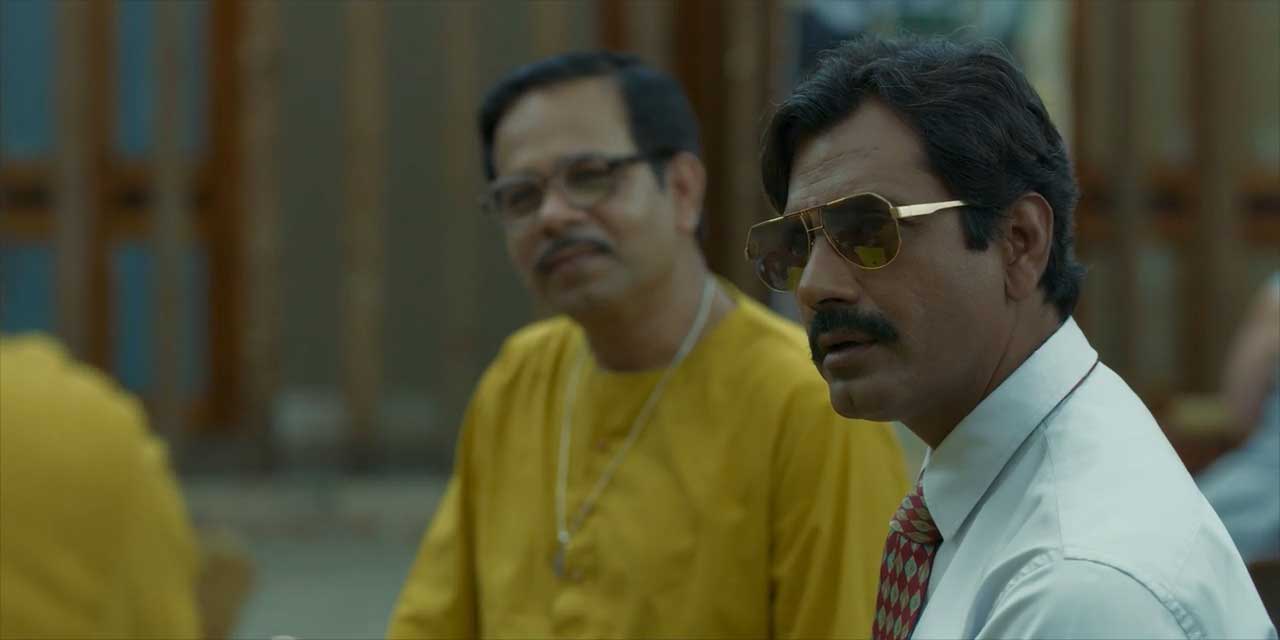 Sacred Games flipped the stakes a bit by having Gaitonde undergo an inner struggle while advancing Sartaj Singh’s subplot with an increased sense of urgency. In present-day Mumbai, Sartaj and Majid are able to trace back the source of radioactive materials thanks to inputs from the girl scarred from radiation sickness. Gaitonde has an identity crisis in the past which sees him inadvertently make a mockery of his life. And we get a neat little reference to an acclaimed filmmaker.

Gaitonde enrolls himself in Guriji’s ashram who enlightens him with a new kind of drug, one that lightens Gaitonde’s mind while also proving to be a business opportunity. It also leads to an interesting effect to pull off his psychedelic state, inspired from Hitchcock’s classic dolly zoom technique in Vertigo. The result is disorienting enough to convey Gaitonde’s “upliftment” as he experiences events in his past as his current self.

The episode almost depicts Gaitonde as a fallen, forgotten character, who no longer holds any cloud in the underworld. This is illustrated throughout Gaitonde’s narrative, first when RAW agent Kusum Devi exposes his Kenya operations leading to raids that seize Gaitonde’s cash after he refuses to cooperate with Suleiman to bring ISIS to book, and second when he decides to reinstate his name by telling his story on film. And we’re greeted to Ram Gopal Verma, addressed as Ram G. Verma, who is chosen as the director for the job, a top filmmaker at the time well known for his gangster oriented films that ironically, is now the forte of Anurag Kashyap.

In present-day, Sartaj uses the scarred girl to track down two twins who they manipulate into revealing the source of radioactive material. It’s eerie seeing nuclear bombs being smuggled into Mumbai via sea, evoking memories of the 26 / 11 attacks when terrorists similarly invaded Mumbai using dingies. Once again, the high stakes of the threat are emphasized as we’re now a mere 10 days away from the actual incident.

Years fly by in Gaitonde’s life as he releases his movie to a dismal premiere. Calling Jojo to share his success, she gives him a valuable advice: to portray himself for what he truly is – a villain, and not a hero. As Gaitonde struggles with getting his identity back on the map, Sartaj struggles having to deal with the aftermath of his sidekick Katekar’s death, and the subsequent toll it takes on his wife and two children. He has an immense burden to carry amid the higher responsibility of stopping the attacks.

Once again, Sacred Games uses Guruji to explain the deeper meaning and metaphor being the episode’s title. Apasmara in Hindu mythology, is a demon who cast a spell on Parvati taking away her powers. Enraged, Lord Shiva commenced a Tandava that proved unbearable for Apasmara and culminated in him bowing to Shiva’s feet. Gaitonde like Apasmara is someone who had a lot of power but couldn’t bear the prospect of being unknown, spurring him to film a story about his life in the first place. Like Apasmara, the demon, Gaitonde craves attention and relevance.

Despite the relatively slow build-up, Sacred Games delivered a strongly competent episode that stand’s tall against some of the good ones. The analogies are high and it could take a second watch to catch all the hidden meanings and subtext behind the show’s dialogue. And it’s also setting up some plot points to unfold in the future; I was particularly shocked at seeing Kusum’s fragile state of memory in present-day. Like Apasmara, it’s possible Gaitonde ended up snatching away her memories for good. Interesting.