Sacred Games delivers an episode that takes a strong second half to rescue a weak start. 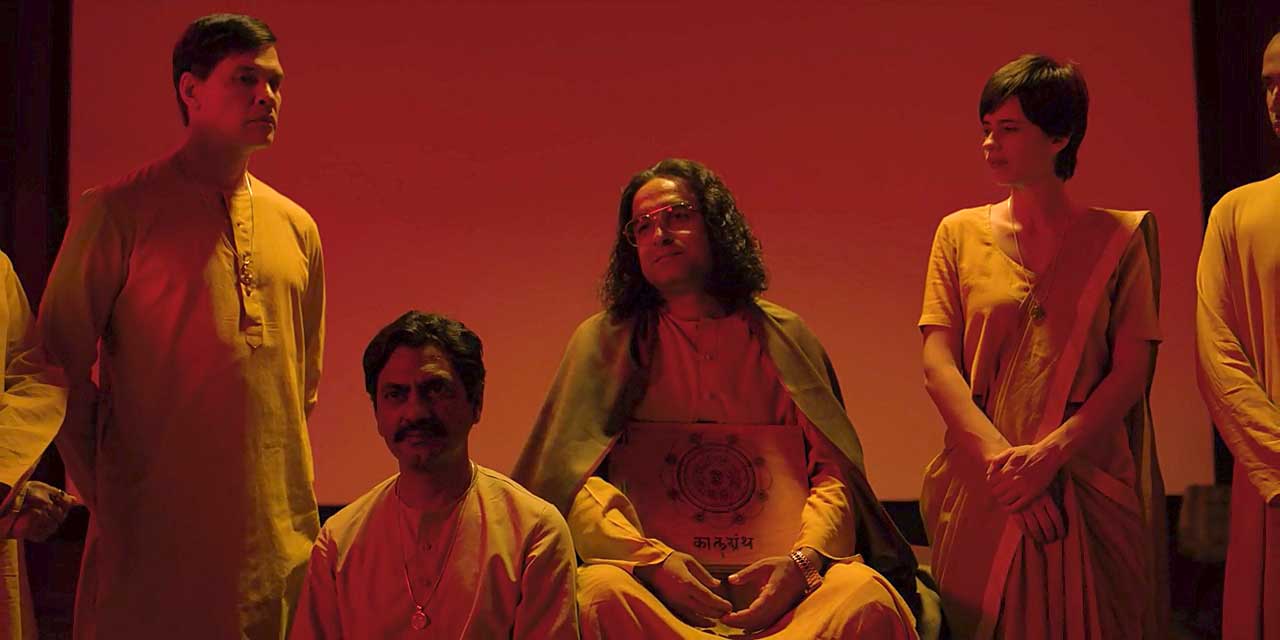 The fifth Sacred Games episode was more akin to a movie that begins with a weak first half, only to be rescued by a strong second half. The episode started slow, delving into Sartaj and Gaitonde’s personal battles building on from the previous episode or two. But it soon turns into a riveting series of events that sees Guruji’s desire to bring about a Satyug as Sartaj’s anxiety gets the better of him.

The truly standout bits were the concluding ones where Guruji details his real plans by kickstarting “Project Satyug”. His plan involves plunging the world into death sooner rather than later. In doing so, Guruji believes he’s ridding the world of all its sins and bringing them one step closer to the idea of death, instead of waiting out its natural course. It’s classic terror induced brainwashing at its best, only Pankaj Tripathi delivers it with such contained effervescence that along with Gaitonde, you’re in for the ride.

At the other end, Sartaj is fighting a combination of corrupt ministers, anxiety and the effects of the ashram’s red pill. Combined, they begin to exact a toll on his health as he’s seen sweating profusely for the most part. Saif Ali Khan is absolute dynamite in his performance, channeling all the nuances of Sartaj as he goes from helpless to angry to frustrated to caring to concerned, displaying a range that’s probably among the best in his career. No wonder he isn’t doing any films off-late considering the creative satisfaction Sacred Games must be provided.

Sartaj’s story however isn’t just relevant to the present. As it turns out, his father was in the same ashram camp as Gaitonde. The two interact a lot more closely than their brief encounter in jail, which further helps explain the Season 1 premiere and Gaitonde’s indebtedness to Sartaj. And in yet a further mirror of the events from the series opener, the mysterious assassin on Guruji’s payroll kills himself in pretty much the same manner as Gaitonde, leaving Sartaj clueless about his intentions (perhaps to frame him?).

I’m also appreciating how the show is giving Majid some arc of his own. Last episode portrayed Majid and his sister’s struggles securing a house in a decent neighborhood and this one shows his reluctant preference for anonymity as he continues to be known as Parulkar’s man. Both Kashyap and Ghaywan are taking a stab at the issues that plague the Muslim community in traditional, conservative societies through Majid’s storyline.

And boy was it great to see Ranvir Shorey, though I do believe the show could be doing itself a favor to utilize his talents a lot more. Playing the stoic terrorist Shahid Khan, Shorey is every bit menacing and it would be a treat to see him square off with Saif Ali Khan. The beauty about Sacred Games in this context is that it totally makes you forget you’re seeing well known actors. Thus, Batya and Gaitonde could be interacting in a sequence and you wouldn’t feel you’re seeing Kalki Koechlin and Nawazuddin Siddiqui interact at all. The actors have done a phenomenal job transforming themselves completely into the characters they portray.

Sacred Games continues explaining its intelligent title choices. Vikarna symbolizes the lone Kaurava who protested the harsh treatment Draupadi was meted out. This is twisted to portray Guruji as the lone Vikarna who is against the mess that religion is creating in his country, thereby pushing him to come up with a drastic, cleansing solution. That nuclear solution and its impact would cause deaths in the millions, which is why a concerned police are busy assessing its impact and planning evacuations, another well-conceived scene that amplifies the exigency of the threat.

Netflix is notorious for its mid-season slump that slows down episode lengths toward the middle, dragging shows to their finale. Thankfully, with a shortened 8-episode length, Sacred Games is somewhat excempt from this phenomenon thus far, though it’s begun to rear its ugly head as was the case in the episode’s first half. Despite the slow start, it picked up remarkably well and Guruji’s speech at the end ensured that we closed out in style, ready to jump into the sixth one.