Things get incredibly dark and disturbing in the sixth episode of Sacred Games. 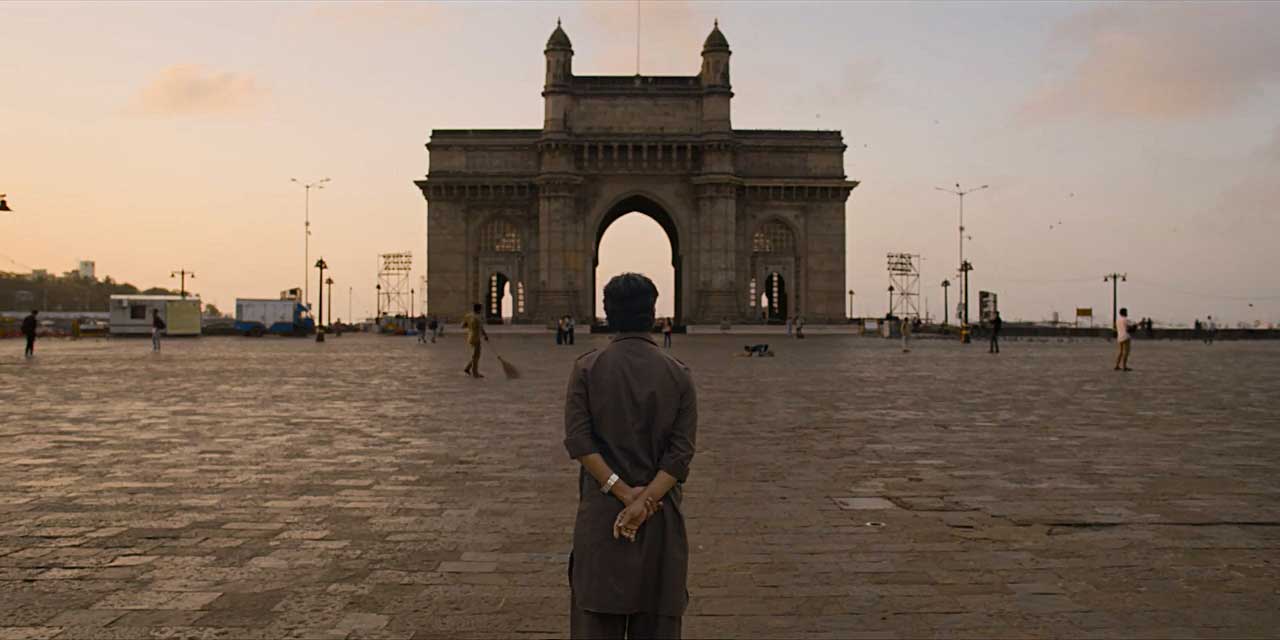 Sacred Games amps up its bleak and disturbing themes by several notches as it delivers what can be considered an incredibly depressing episode. And that has nothing to do with the episode’s quality as it has to do with the themes it tackles. A revelatory prologue, Gaitonde’s awakening conscience and an upsetting mob-lynching sum up the three major acts of Azrael.

Time and again, Sacred Games has reminded us of how severe the threat to Mumbai and India really is. Last episode saw Guruji lay out his master plan to rid the world of its own suffering. The cold opening expands on both these aspects as it cites data and numbers to stress on the enormity of the impending attack. An 80 kiloton explosion could rock the nation, scarring its citizens and future population for decades to come. For comparison, Hiroshima is stated as being a 20 kiloton catastrophe.

The magnitude of the devastation and terror at play hits not just Sartaj in the present but Gaitonde in the past. Gaitonde is now back in Mumbai, his storyline having moved to the last 2-3 years before the Season 1 premiere. As Sartaj grapples with grasping the truth, another bomb is thrown at him when realizing his own father Dilbag Singh was in on Guruji’s plan. This harkens back to a partially cut image that had removed his father from the picture; we now see the full image and the extent to how deep this whole thing goes.

As terrific as it is seeing Saif’s Sartaj shattered and absorbing the truth that he was just shown, it’s surprising to see even the brutal and harsh Gaitonde develop a conscience. Unless I misinterpreted the proceedings, it looks like Gaitonde himself is shocked at the enormity of the nuclear bomb Shahid Khan and his goons are smuggling and planning to deploy. This leads him to retreat to the safe bunker he was found in the Season premiere, and should hopefully spur him to guide Saif’s Sartaj to thwart the attempt with clues and hints peppered about. Why not reveal the whole conspiracy upfront? Hopefully the final two episodes will explain that.

The final mob-lynching act is the real game changer though. Its storytelling implications are huge as a helpless Sartaj fails to save Saad, the brother of a Muslim prisoner who revealed key intel after being promised Saad’s safety. Saad’s mob-lynching at the hands of what look like teens is disturbingly depressing. What’s sadder, is seeing one of deceased constable’s sons cheering on the lynching and the distraught expression on Sartaj’s face as he realizes the path the kid has strayed on.

The reason this depressing scene works is that it actually proves to be close to the final straw in Sartaj’s belief in the world and humanity. As Kalki’s Batya points out, the world is digging a grave for itself with all atrocities people are inflicting upon each other. It’s a classic case of the antagonist’s motives being plausibly explained so that you can’t really fault their line of reasoning. Not only does Guruji have strong reasons to carry out his plan, Sartaj is now equally convinced that his father was right in siding with the megalomaniac. Whether Sartaj will carry this line of thought into the final two episodes should be interesting to watch.

The mob-lynching sequence also comes across as highly convincing thanks to Neeraj Ghaywan’s gritty, realistic direction. Lynching became an issue in India a while back as such videos began circulating over WhatsApp, forcing a court order to alter rules and restrict the spread. Ghaywan and his team appear to have done their research and shoot the lynching up close, as if it’s happening for real. It’s a combination of unsettling cinematography, editing as well as the brilliant make-up and prosthetics work that would’ve been inevitably involved to put together a scene so real, it almost feels like they shot a live mob-lynching. Looking forward to a behind-the-scenes on this.

Among the subplots, we finally got some closure for Surveen Chawla’s Jojo as we understood her betrayal of her sister for a film role leading to her suicide that’s been haunting Jojo’s guilt for long. On the other hand, I feel despite his promising introduction, Ranvir Shorey has thus far failed to make his presence felt; part of his storyline lost its mettle thanks to the show’s narration-based approach that turns many scenes into a montage of sorts. And while Majid, Bunty and others continue to lurk around, the real plot is between Sartaj (Saif), Gaitonde (Nawazuddin), Batya (Kalki) and Guruji (Pankaj Tripathi).

Sacred Games is at an interesting spot now. Sartaj and Gaitonde appear to have swapped ideologies. Where Sartaj was stopping an attack that he thought was planned at some level by Gaitonde, it’s now Sartaj who’s expressing a willingness to be a part of Guruji’s mission as Gaitonde is the one who’s thinking on reasonable terms. The protagonist becometh the antagonist? Let’s wait and watch.