The clock is ticking on Mumbai as Sartaj goes through a gamut of emotions while making significant breakthroughs. 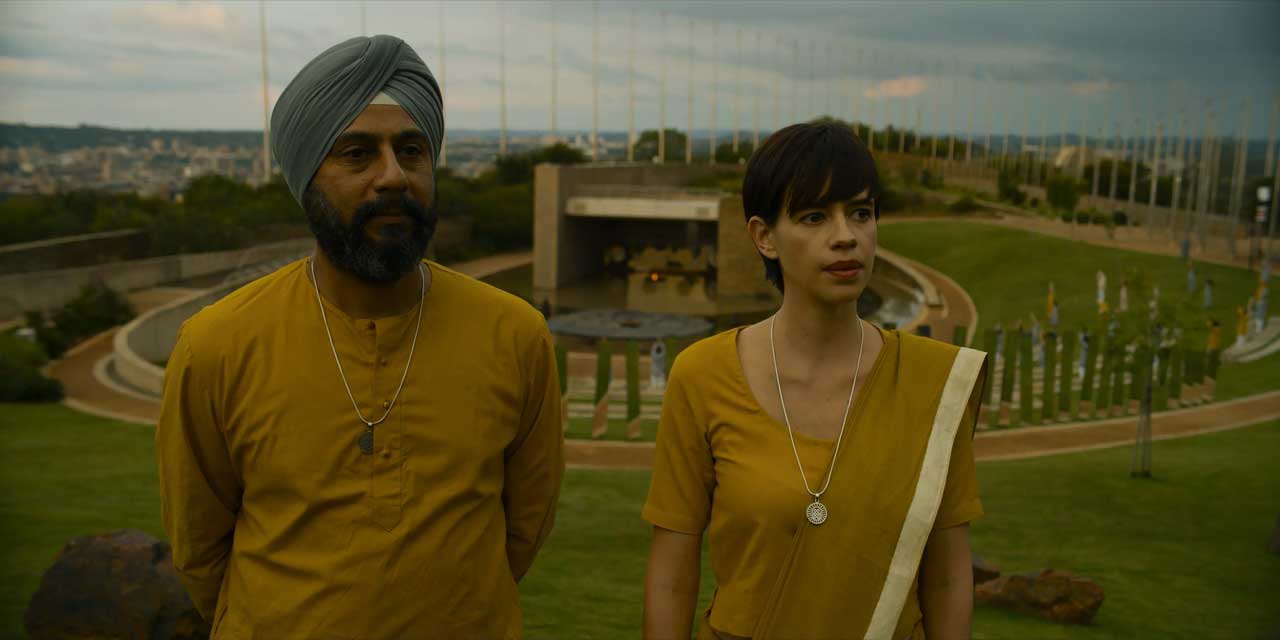 Sacred Games Season 1 may have been a lot heavier on Gaitonde and his rise to notoriety but Season 2 has shifted its focus to Sartaj and his team’s investigation into the nuclear bomb threat. Episode 7, cryptically titled Torino, continues that trajectory as Sartaj goes through a gamut of emotions leading yet again into what amounts to a shocking ending. Gaitonde meanwhile goes on an out of control hallucinatory trip that ends up doing more damage than he imagined himself capable of.

The entire cold opening was a wonderfully shot trippy sequence utilizing the tint effect that director Anurag Kashyap and cinematographer Sylvester Sonawane devised to show their characters in their drug induced state. Consuming the red pill transforms the environment for us viewers into a state of literal red, signifying to some extent, the demonic state of mind that Gaitonde is in. His interactions with Guruji followed by his subsequent outburst of rage leading him to strangle the famed leader are powerful moments to start off the episode. Both Nawazuddin and Pankaj Tripathi do some commendable work, delivering eerie performances that shake you up a bit.

At the other end, with just three days to go before the nuke goes kaboom, evacuation attempts have begun to escort Mumbai’s local population out of town. I’m unsure if Netflix’s budget will permit the depiction of a nationwide evacuation with hordes of masses rushing out, causing traffic jams and sending nationwide panic. It would really help sell the exigency of the threat and create a sense of this is happening now in real time. I’m still holding out hope for the final episode to deliver at least one such sequence; perhaps Aarti Bajaj could edit footage of real-life traffic jams and incidents to convincingly sell the notion of an emergency.

Anyhow, back at the department, it appears only Sartaj is fully aware of not just the nature of the threat, but what prompted its perpetrators to plan such a dastardly act to begin with. We saw a glimpse of this in the previous episode’s closing moments with Batya justifying Guruji’s actions to Sartaj. Even so, he fights to probably give this dying world a last change but looks like he’s relented when in this episode’s conclusion, he seemingly accepts the ashram’s offer to work with them, much like his father did (unless he’s working undercover). It’s great that the writers are not just giving Sartaj an arc, which would be expected, but also giving his father Dilbaug Singh a small but significant arc of his own. Heck even Guruji gets a little backstory of his own that explains how his role in shaping civilization was ingrained into him since his childhood It’s the kind of writing that’s a rarity for Indian cinema as a whole.

The show has generally made efforts to mirror Sartaj and Gaitonde’s narrative arcs to strike common ground between the two. In Torino, both Gaitonde and Sartaj are driven by the revelations of what is really being planned and why and display intensely eccentric reactions to handling the situation. Gaitonde begins losing it, hearing the “deceased” Guruji’s voice all over and snapping out frequently. Sartaj, having been suspended for traces of drug found in his blood, begins getting increasingly frenetic in his evidence, pulling out rash moves like barging into an evidence chamber to forcefully access vital information as well as nearly harassing ex-RAW agent Kusum for more info. As the show points out, the two have almost a cosmic connection to each other that is reflected in their respective actions.

The cinematography really steps up their game and once again, the cold opening is a standout. I love how directors Neeraj Ghaywan and Anurag Kashyap are both confident in their shots and hold the frame for a lot longer as opposed to incessantly quick cutting or utilizing shaky cam shots to create a sense of tension. The relative calmness of a shot surrounded by the haunting background score creates far more tension than any amount of intercutting would, and amplifies the fear factor associated with the inevitable nuclear fallout.

At this point, I’m less interested in the minor players than in Sartaj and Gaitonde, though it was certainly enlightening to learn that even the higher ups have no idea of the dangerous game that Guruji is playing. Not new entirely since we witnessed it in the previous episodes, but Minister Bipin Bhosale’s reaction when Parulkar questioned him about the items smuggled as part of the convoy he allowed unrestricted access to is enough to convey the magnitude of the game at play. Surveen Chawla’s Jojo got some closure last episode but again, I’m not sure of the part she plays now other than serving as an anchor to Gaitonde. Perhaps the final episode will explain the rift between the two that spurred Gaitonde’s action in the series premiere?

I wouldn’t exactly call this an underwhelming episode although it did feel a little down compared to Azrael‘s high. Even so, the down is a relatively minor one as opposed to a big let down. And all this sets the stage for an exciting finale that at this point, appears highly unpredictable for someone like me who’s read the novels. I’m going to take some time to absorb the contents of this episode before I jump into an hour of watching these sacred games unfold.