We break down the cliffhanger ending of Sacred Games 2’s final episode. 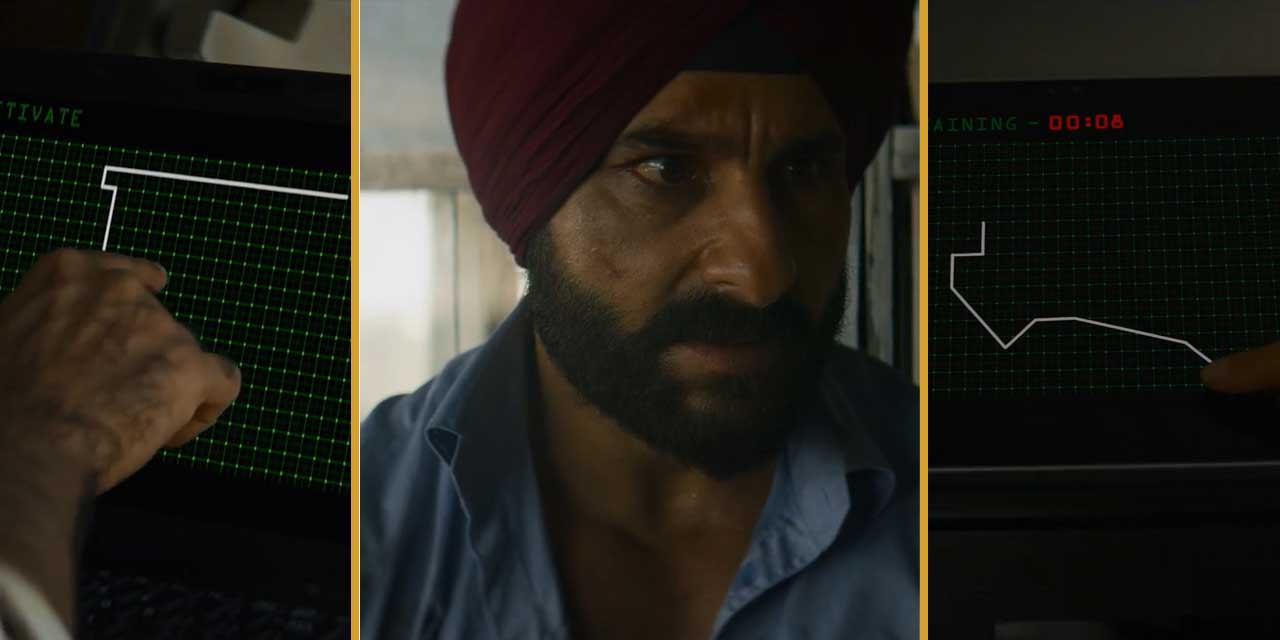 Sacred Games 2 ended on a frustrating cliffhanger that left the fate of Mumbai and India hanging in the air. Since then, a lot of people have been scouting the internet, searching for clues and discussions to find an answer to what went down in the final moments. If you’ve already visited the right Twitter threads and Reddit posts, you’ve probably uncovered the mystery behind what could’ve happened. But if you’re one of those who has just watched Season 2 and is searching for answers, you’re at the right place. Perhaps.

Now it goes without saying that I’ll be delving into Sacred Games Season 2 spoilers. So if you haven’t seen it but managed to bump into this post, leave unless you don’t mind being spoiled. I’ll leave you with a still from Season 2 as a break before we begin the deep dive into the finale’s events.

Still here? Good. In the final episode of Season 2, Sartaj (Saif Ali Khan) manages to reach the location where Shahid Khan (Ranveer Shorey) has planted the nuclear bomb. With the cops having apprehended Shahid, they desperately try to diffuse the bomb by entering in the correct code, an unlock pattern of sorts. After two attempts are wasted by the female scientist, the cops accept the city’s fate and scramble to escape from the blast radius, leaving Sartaj with three attempts. The fate of the bomb is left hanging as the screen cuts to black after Sartaj inputs the final pattern.

While the episode may have left Mumbai’s fate ambiguous, there are enough clues to uncover what happened. To understand this, it’s necessary to understand the significance of the episode’s title and the cold opening. The title Radcliffe refers to the Radcliffe border line that separated Indian-occupied regions like Bengal from Pakistan-occupied ones. This segues in nicely with the Indo-Pak partition focused opening that reveals how Sartaj’s and Shahid’s mothers were cousin sisters separated during the events of the partition, effectively making Saif and Ranveer’s characters cousins.

Besides emphasizing the point of how different people can end up on opposite sides of the same war under differnet circumstances, the reveal also ties into the patterns drawn by Sartaj and Shahid. Being the Pakistani brother, Shahid draws out a pattern similar to the Pak-side of the border for activating the born. It follows then that Sartaj being the related antithesis of Shahid would seek to draw out the other pattern which would serve to deactivate the bomb, rather than activate it, explaining the difference in their patterns. It also explains why Sartaj’s pattern should not have triggered the bomb accidentally but instead diffused it.

Why then would the showrunners choose to keep it ambiguous? For one, directors Anurag Kashyap, Vikramaditya Motwane and Neeraj Ghaywan have strived to avoid the traditional trappings and cliches of mainstream Bollywood. Having Sartaj rush to the scene and single-handedly prove to be India’s savior after his underdog reputation in Season 1 would flirt with the kind of cliche viewers have come to expect from commercial cinema. On the other hand, having the bomb explode would change the shows’ genre from a political-religion based thriller to a post-apocalyptic science-fiction nuclear winter in India. Perhaps unsure of which way to take Season 3 should there ever be one, the showrunners deemed it best to keep the ending open for interpretation.

Aside from Sartaj turning out to be the lone savior, it was also comical to see the lady waste two out of five attempts drawing seemingly random patterns. This was not lost on the online community which showered harsh words of criticism on that writing choice. The only way I can explain this is that there were four main characters in Guruji’s cult: Dilbaug Singh, Batya, Gaitonde and Trivedi. To heighten the dramatic tension, the writers wanted to cap out Saif’s attempts at three so he would be forced to choose between two pivotal characters for his last attempt.

It would’ve however been too convenient to see all three attempts taken up by Saif, which is why the lady was given a few attempts to sell the notion that there’s no way to crack this. Having four deactivation attempts is odd and the next best number after 3 for such a scenario is 5, which is how we ended up with what we saw. Essentially, the writers worked backward to arrive at the scenario. That said, the random attempts could’ve been handled well by throwing in some logic to explain the reasoning but the writer’s thought process could’ve well been fueled by the urgency of the situation. It’s hard for any sane individual to come up with a rational logic to enter codes against a nuke that’s about to go off in 11 minutes.

That’s not the only “goof” or incoherent plotline in the episode. While it’s difficult to be definite since neither of them drew their complete patterns, the screenshots posted above do not look like any of the Radcliffe lines the showrunners based the episode on. The only plausible explanation for this is that the makers simply meant to use the Radcliffe lines as a MacGuffin of sorts and not base the actual patterns on the lines themselves. Those lines wouldn’t work as unlock patterns tangibly, and were hence used symbolically.

So bottomline? By all accounts, Saif Ali Khan’s Sartaj Singh saved the day and the nuclear attack on India was thwarted. If there is a Season 3, the showrunners could start at this point and take the series further in many directions. Alternatively, they could subvert everyone’s expectations and actually have the nuke go off, turning the show into India’s first sci-fi series. The possibilities are endless but we most likely know which route the showrunners will take.

Check out my reviews of Sacred Games 2, right here on Appocalypse.