If true, it’s likely the third Spider-Man movie will introduce no new villains in the MCU. 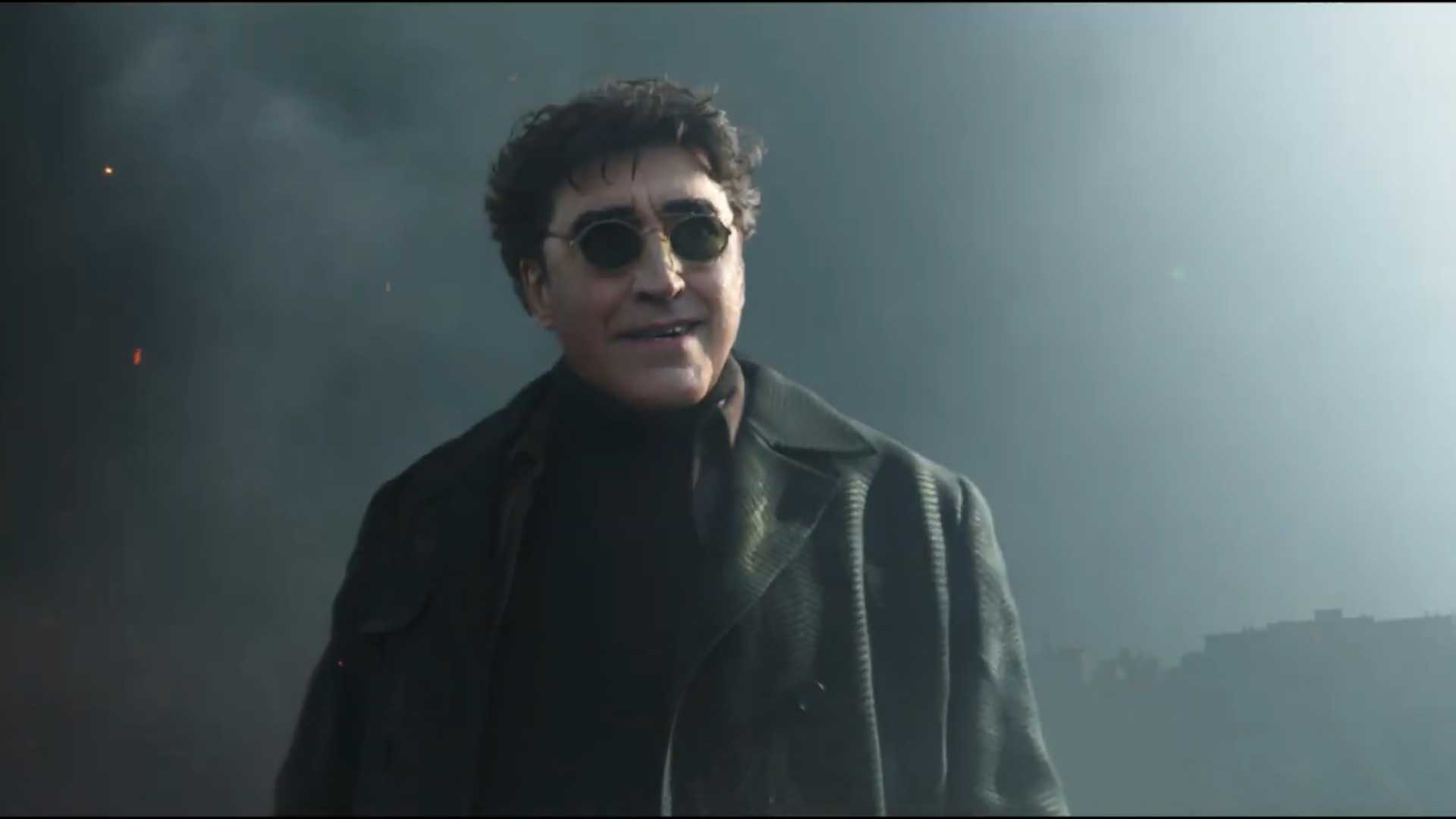 Sony’s Spider-Man: No Way Home trailer is being talked about not only for its heroes but also for its villains. We got a leaked look at three members of the Sinister Six but the trailer itself seemed to contain winks and nods at most of the members as well as a scene coupled with a line or two of dialogue. Most of the Sinister Six members make their apperance felt towards the final half minute of the trailer. Here’s where we can spot these members.

The star of the trailer is undoubtedly Alfred Molina’s Doc Ock. He was the most vocal about confirming his presence in No Way Home during the early interviews; in fact, his interviews were what kickstarted the Multiverse theories. He is front and center towards the end and his tentacles emerge and smash on the freeway as he turns, grins and calls out Spidey by his alter-ego: “Hello Peter!”

Next up, we have Norman Osborn as the Green Goblin. Or is it Harry Osborn? We haven’t seen any images of James Franco but we do have an image of Dafoe so we’ll assume it’s the latter. We see the Goblin’s pumpkin bombs thrown and lead to lots of smoke, from which Ock emerges. And while the line “be careful what you wish for, Parker” is being attributed to Strange, the voice could be Osborn as well – it has that ominious quality.

We also get what looks like a shot at Sandman emerging from underneath the surface and stomping on the grounds. It’s very brief and it’s probably the most unclear as it could also simply be sand exploding from the huge electricity surge. But the humanoid shape that it forms, coupled with how studios update things in post-production, leads me to believe that this could in fact be Sandman.

Finally, the huge surge of electricity is being speculated as being Electro instead of simply lightning. We do have a look at Jamie Foxx from the leaks but we neither get his Electro form nor his Max Dillon avatar in this trailer.

So the only members missing are Rhino and possibly, Curt Connors’ Lizard. If true, this would complete the Sinister Six by bringing back six villains from the other Spidey movies but deprive MCU fans the pleasure of seeing a new villain or a new incarnation of an existing villain from being introduced.

Spider-Man: No Way Home hits theaters on December 17, 2021. Check out the trailer and watch my breakdown and description of the same.