Shazam Deleted Scene Pops Up Online, Director David Sandberg Explains Not Keeping It In The Movie

The movie is set to hit Blu-Ray in a few days.

DCEUMoviesShazam
By Divij Sonak On Jul 2, 2019 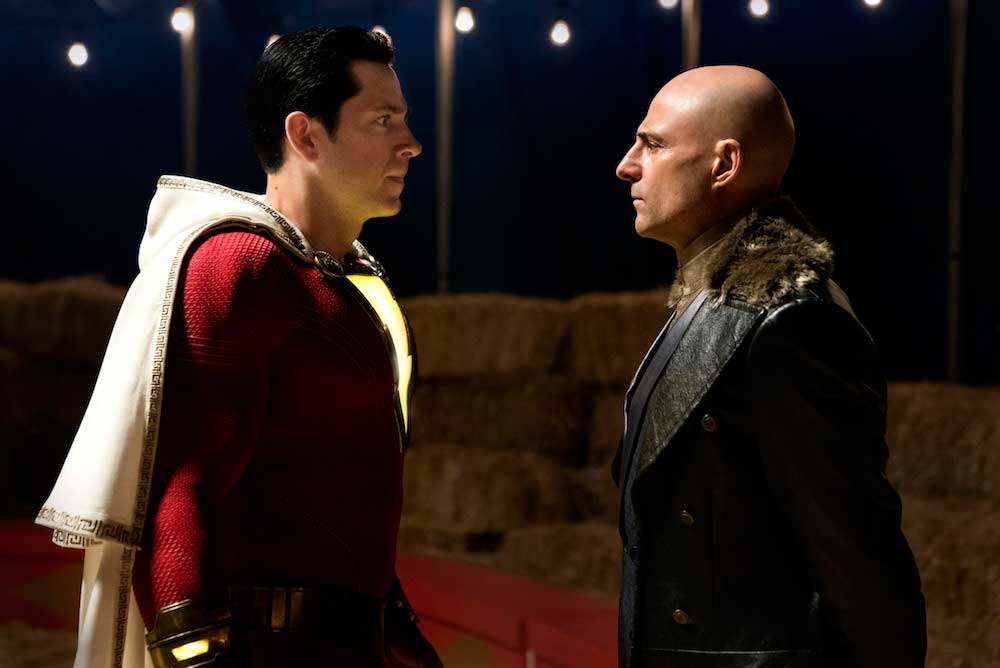 Shazam hits Digital Downloads today, with the Blu-Ray release set to arrive in two weeks. Recently, a deleted scene from the movie showed up online that featured a cool combat moment between Shazam and Dr. Sivana in hyper slow motion as the ferris wheel falls. It appears to have some unfinished effects but is still a great watch; check it out below.

Some fans were upset that this scene didn’t make it to the movie. Being the ever responsive director that he’s been, David F. Sandberg was quick to update fans over social media on his reasoning behind not keeping the short scene.

On the blu-Ray there should be some commentary from me talking about why things were changed. For this it felt a little too cramped to have the whole 3rd act at the carnival so we had them fly out over Philly instead.
There were some things lost in changing that but overall I think it was better. Especially how Shazam gets Envy out of Sivana is so much clearer in the final film.

Sandberg has been incredibly active on social media over the course of the movie’s production and it looks like that isn’t changing anytime soon. It’s great to hear such behind the scenes insights that offer a clearer look at some of the artistic choices that shaped the film. In this case, it looks like Sandberg wanted to spread out the climactic battle a bit and so had Shazam and Sivana fly out to Philadelphia instead.

In case you wish to hear it from the man himself, I’ve embedded his tweet below.

Shazam hits Blu-Ray on July 16, 2019. The movie was considered successful enough by Warner Bros. to warrant a sequel, which is set to begin filming in 2020.

Avengers: Endgame Behind The Scenes Shows A Peek At Captain America’s “Worthy” Moment