First Look At Shazam Revealed, Trailer To Arrive At Comic Con This Week

DCEUMoviesShazam
By Divij Sonak On Jul 17, 2018 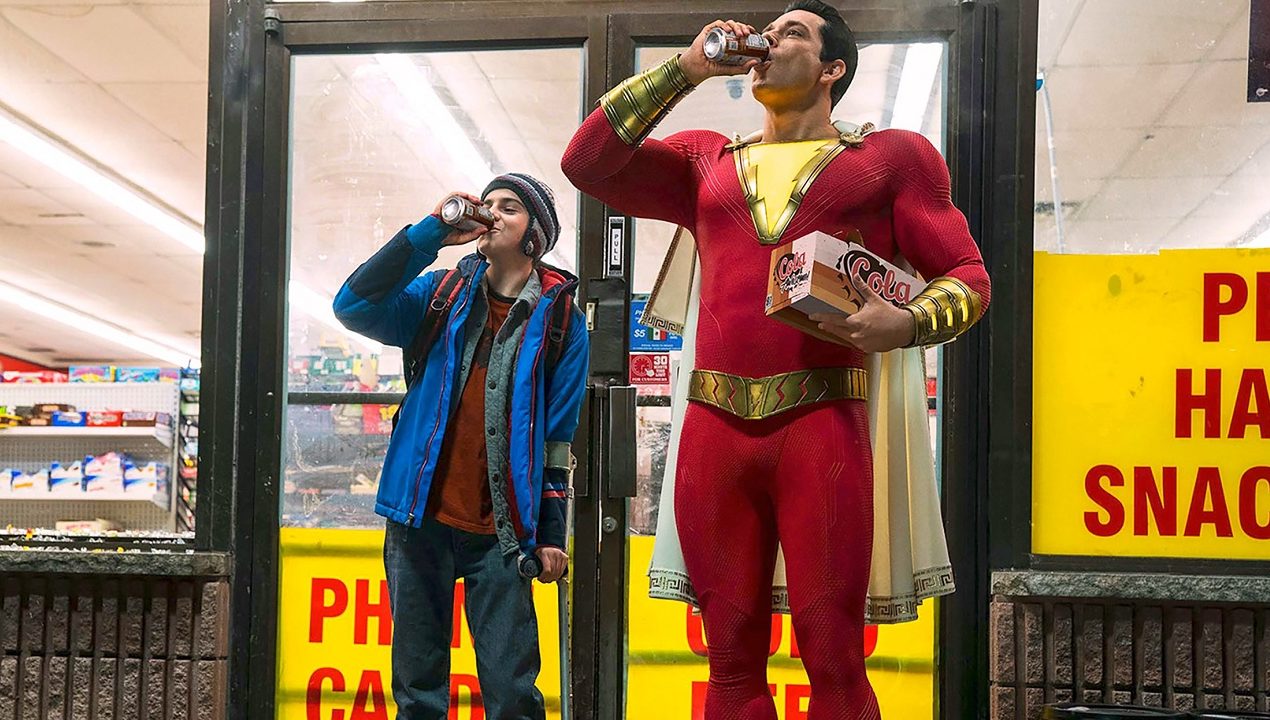 Earlier this week, the first official look at Shazam in costume was outed. The still shows Billy Batson as Shazam sipping a can of Cola outside a retail store alongside fellow orphan Freddy Freeman. This photo comes months after several looks at Zachary Levy in Shazam costume leaked from the sets. Around the time, director David Sandberg had commented that Warner Bros. would release an official photo if someone managed to get a clear snap but to no avail. Until now that is.

Commenting on the look of the suit, particularly the shorter cape, director David Sandberg expressed his desire to keep the suit closer to the superhero’s depiction in the Golden Age era. In a statement to Entertainment Weekly, he said,

I wanted to keep the shorter cape as a throwback to the original because that’s something that sets him apart from Superman or Batman. It makes him feel a bit more Golden Age superhero, which is the vibe I’m going for.

As if this bit of news weren’t enough, cinematographer Maxime Alexandre inadvertently announced on his social media that the first trailer for Shazam is set to drop at Comic Con this week. It looks like this wasn’t meant to be an official announcement however since as of this writing, the said tweet has been removed from Twitter. The statement in the original tweet read, “Look for the Shazam! trailer to drop Saturday, July 21 at Comic-Con as well at the DC Films panel.”

Looks like SDCC 2018 is shaping up to be the event of DC. While Marvel has walked away with all the box-office, Comic Con truly feels like it’ll kick-start a second innings for DC. We’ll bring you the best coverage from the event so stay tuned over the weekend.