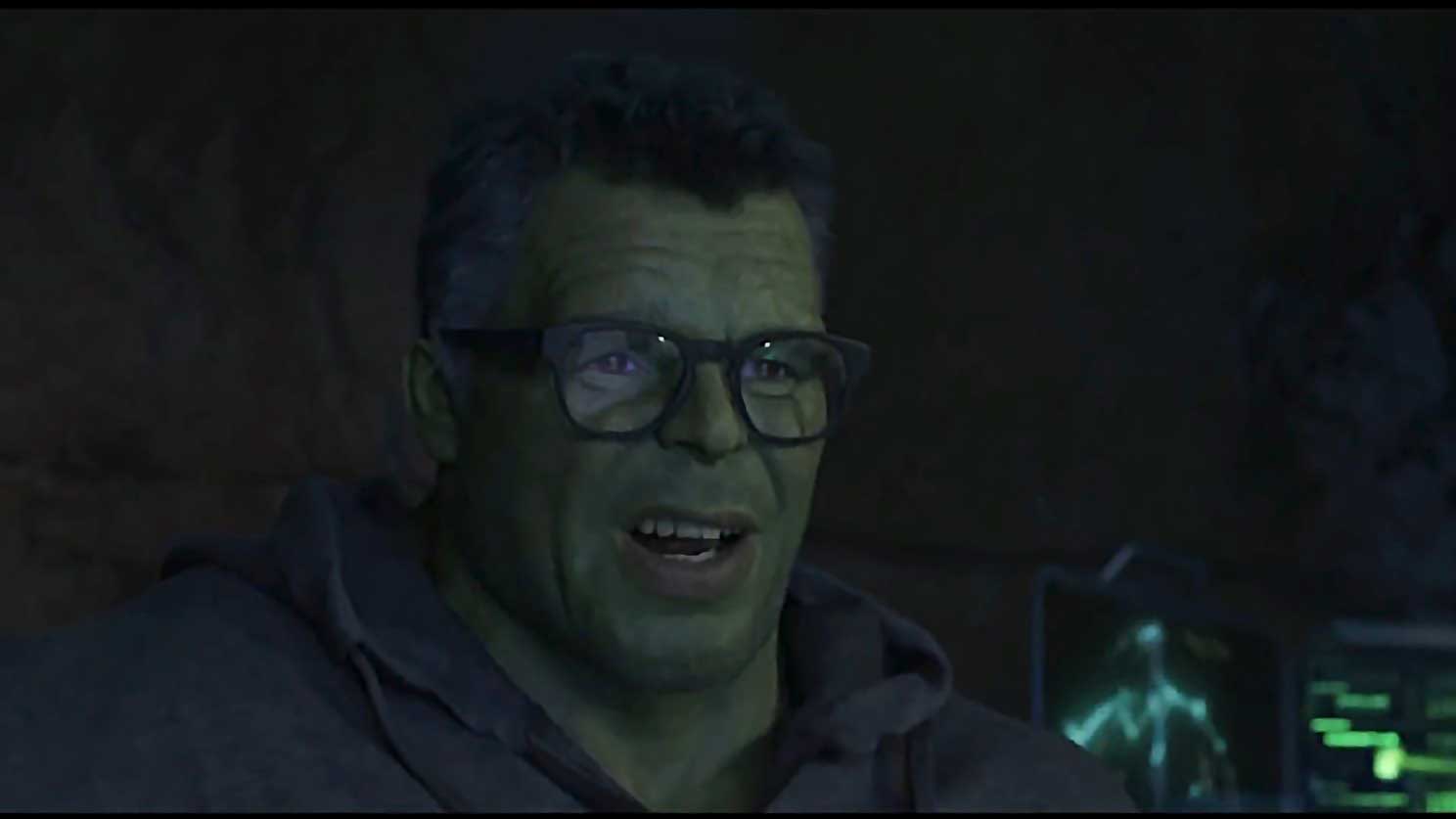 Besides a redone logo, She-Hulk also got a brief teaser trailer premiered on Disney+ Day. The short snippet introduces us to Jennifer Walters in her She-Hulk persona. She dons her comic-accurate purple and white costume while somehow being able to maintain control over her regular personality despite being hulked out.

Undoubtedly, that’s due to some training she’s receiving from Mark Ruffalo who returns in his Professor Hulk avatar from Avengers: Endgame. His arm too appears to have recovered from the events of Endgame as he’s seen coaching Walters, explaining to her that her transformations to a Hulked out version are exerted by anger and fear. The preview ends with Walters mouthing the “Don’t make me angry. You won’t like me when I’m angry” line that Ruffalo’s Hulk made famous in 2012’s The Avengers. Only it’s said with a deadpan expression and both of them seem to be wearing clothes straight out of an 80s sitcom.

Clearly, Marvel is sparing no expense in the development of these shows, as is evident in the effects and in bringing Ruffalo back. To do “Professor Hulk” on what is technically a TV show is a miraculous feat in itself; at one point, we’d be lucky to get even a single shot of that caliber on a TV show. The bar has really been raised and other production houses are going to have to step up their game significantly.