Sony has left in enough clues without revealing anything overtly specific. 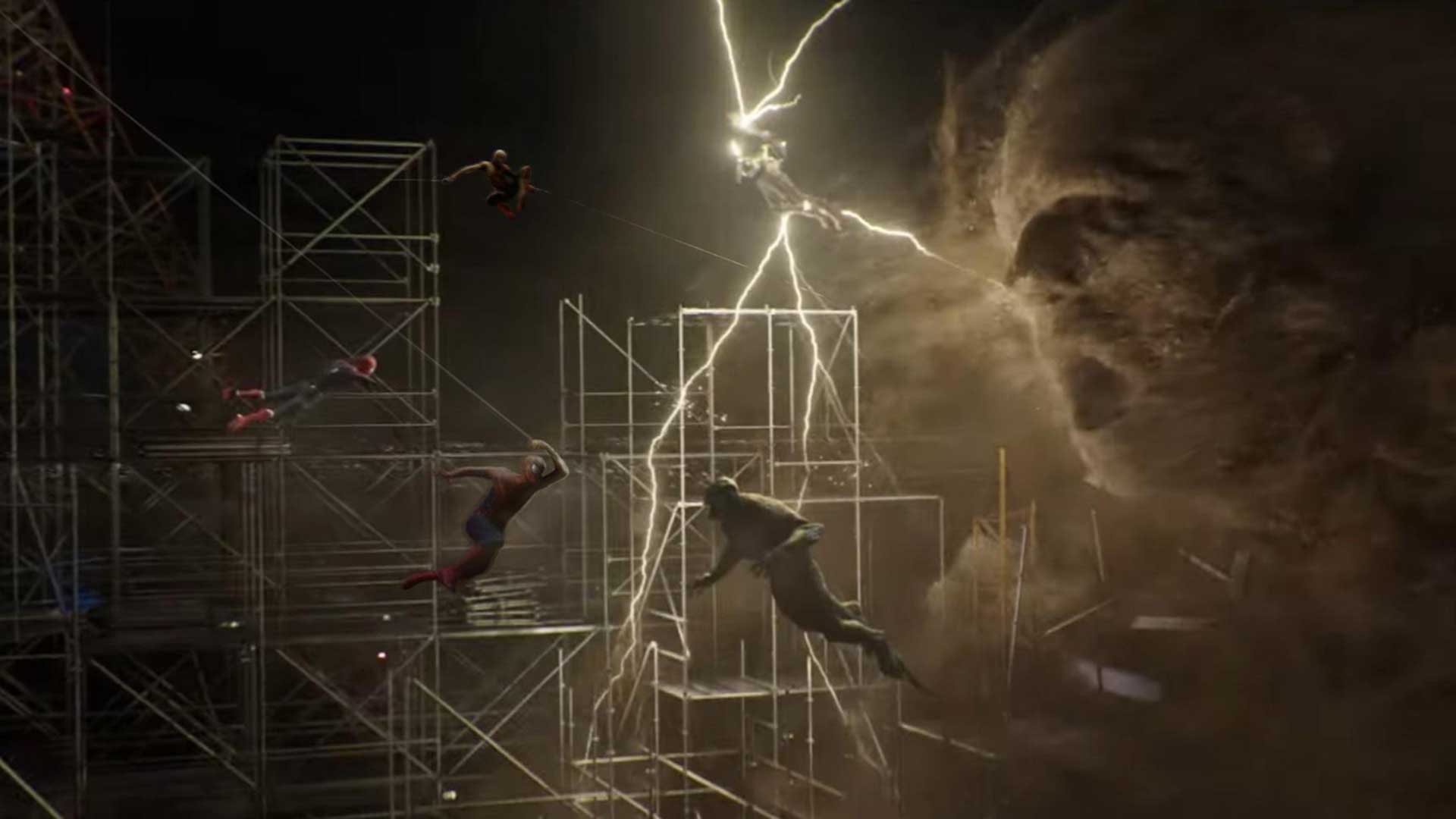 The recently released Spider-Man: No Way Home trailer has kept fans busy for the better part of the day. Feverishly digging out info, fans have been analyzing the trailer on a frame-by-frame basis to get any hints about the movie’s plot or the inclusion of our former heroes who played the web-slinger on screen. And as the digging has proved, Sony has left in enough clues in there to basically confirm that both Tobey Maguire and Andrew Garfield are returning for No Way Home. I’ve tried to collate the more significant ones in this post.

Right off the bat, the trailer is set against the backdrop of what looks to be a construction site. Construction sites or desolated, abandoned sites have featured heavily as the backdrop of all three Spider-Man movies: Maguire’s Parker fought Venom and Sandman in a similar backdrop and Garfield’s version fended off Electro and Goblin in an isolated, deserted building. At some point, it appears that a gigantic big-ben-esque clock falls over the scaffolding, closely mirroring a similar setup from The Amazing Spider-Man 2.

If that weren’t enough, MJ falling from the cliff and Holland’s Parker rushing to catch her perfectly epitomizes Spider-Man’s central struggle. This is precisely why the secret identity is so important to Spider-Man: unlike some of his brethren, Spider-Man isn’t a superhero with nothing to lose. He has a close-knit circle of family and friends, all of whom are threatened once his identity is up in the air. Spider-Man’s girlfriend falling off has also become an iconic staple of the movies so it’s nice to see that theme echoed here.

But of course, merely paying homage by replicating shots from previous movies or even bringing back the same villains may not suffice. So instead, here are some more trailer specific clues spotted.

The entire scaffolding setup in the movie’s climax is quite similar to the backdrop against which Garfield was recorded when his set video was leaked back in September. It’s also the same backdrop against which a still of Maguire and Garfield was leaked, surrounded by blue screen. More recently, a movie still of the trio was leaked that once again had them unmasked and surrounded by sea, where the final battle takes place.

In addition to the main trailer, a Brazilian trailer has also been released. This one runs short but features lots of new footage. Among these is a slightly more extended version of the scene where Electro, Sandman and Lizard leap towards Spider-Man. The Lizard is seen reacting to what feels like a punch to his face, but no character is close to him. He could either be reacting to Sandman punching the scaffolding setup behind him or, as fans surmise, he’s reacting to a punch from a different Spider-Man. Essentially, the scene in question has three Spider-Men, two of which who are edited out of frame.

The official Brazil trailer on its part shows The Lizard leaping seemingly towards no one. In the frame, Spider-Man is above the Lizard but from the looks of it, Lizard is jumping towards someone invisible, or someone who has been edited out of frame.

Furthermore, Otto Octavius at least recognizing that this Peter Parker is not the Peter Parker he knew is at least a clear revelation or nod to the existence of Maguire’s Peter Parker in the Multiverse. This one is important to debunk those theories speculating that perhaps Holland is playing different iterations of all three Spider-Men.

Next, in one of the shots just before MJ is about to fall, fans have spotted what looks like Andrew Garfield’s hand, with the rest of his body edited out of the shot. It’s a blink and you miss it moment and it may be some other object but it has the same make and color shade as the costume that Garfield was wearing in his leaked video.

Lastly, Doctor Strange mentions towards the end that “they are coming”, accompanied with some epic visuals showing the Multiverse cracking under its seams. It’s nothing more than a clear sign that the “other” Spider-Men are making their way to help Holland’s Parker take on the villains. There’s no way after all that he alone can tackle that many powerful antagonists, even with someone like Octavius on his side.

All in all, I’d say that’s pretty much terrific information that, together with the plethora of leaks, should assure fans that Tobey Maguire and Andrew Garfield are confirmed to return in No Way Home. Most of the clues point towards Garfield but if he’s coming back, there’s absolutely no way Maguire isn’t. And by choosing not to out them in the trailer, yet leave enough clues for fans to deduce their presence (as I had speculated would be the case), Sony has bolstered fan interest in an already highly anticipated movie. Now fans get a chance to experience this epic moment in theaters for the first time with everyone else and I for one couldn’t be more excited at the prospect.

This is most definitely the Avengers: Endgame of Sony’s Spider-Man series of films. That we’re even getting a movie of this magnitude just under 3 years after Endgame is momentous to say the least.

Was That Dane DeHaan As Green Goblin In The Spider-Man: No Way Home Trailer?