Stranger Things begins laying out the pieces of its plot amid the teenage struggles of its protagonists. 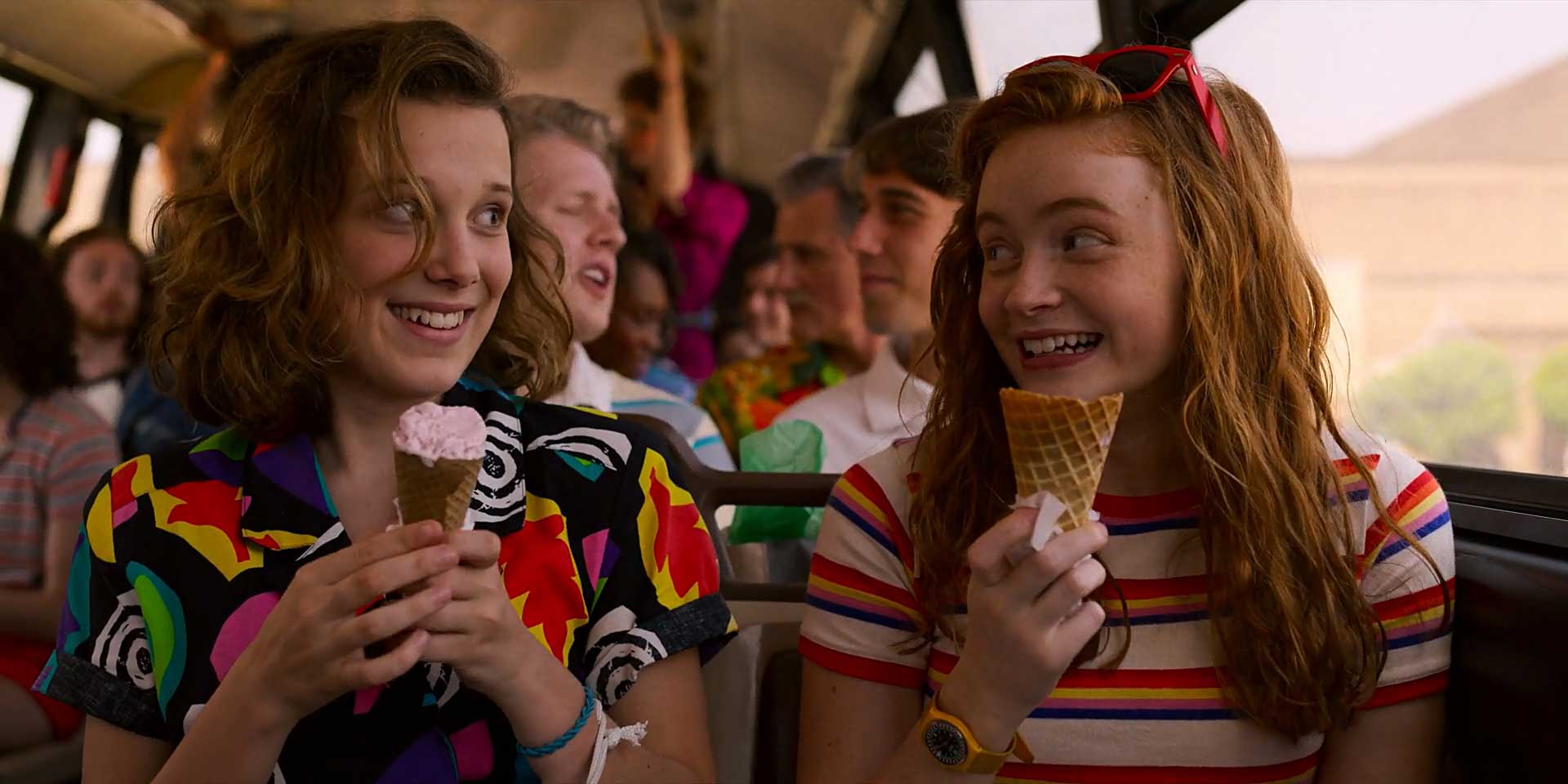 Stranger Things picks up some pace in the second episode as it begins laying out the pieces of what will inevitably be, a larger puzzle surrounding the Upside Down plot. After the first episode’s heavy focus on the early teenage struggles of our protagonists, The Mall Rats spends some more time giving us a hint as to what the monsters could be up to, all while remaining as cryptic as possible.

After accidentally intercepting a coded Russian message during his transmission to his girlfriend Suze last episode, Dustin suddenly becomes one of the key players to unlock the bigger mystery. With help from Joe Keery’s Steve Harrington and Uma Thurman’s daughter Maya Hawke’s Robin, the trio attempt to decipher and break the code that Dustin recorded, to some expectedly hilarious results. This all concludes in an immensely satisfying discovery toward the end that in true Stranger Things fashion, sets up a big reveal.

The other major player this episode is Dacre Montgomery’s Billy. After an encounter with the monster that’s largely shrouded in mystery, Billy begins experiencing strange symptoms and nightmares that almost lead us to conclude that the creatures have taken him as host and plan to do so to the entirety of the Hawkins / human population. Even though Billy doesn’t get a lot in terms of character development, the disorienting moments give him plenty of material to dabble with that coupled with the equally kinetic cinematography, lead to a mix of unintentionally funny and genuinely frightening moments.

After the mostly disconnected nature of characters in the premiere, it looks like everyone’s subplots begin to coalesce together. Whether its Winona Ryder’s Joyce investigating some mysterious electromagnatic abnormalities or Nancie and Jonathan’s investigation into the rabid rats, you get the general sense that it’s all smaller pieces of a larger whole. That sort of thing, when it comes together successfully, tends to be exhillarating and satisfying and Stranger Things has done a great job on those fronts in its two seasons. Which is why, for those getting impatient to see everyone spring into action, all I’d say is wait and watch.

Of the multiple affairs, crushes and romaces brewing, Mike and Eleven’s fling continues to take centerstage. Miffed at Mike for not visiting her after Mike was reprimanded by Hopper, the couple get some relationship advice from their novice friends and take predictable routes toward dealing with their respective better halves. As Mike wonders what to do about the whole situation, Max cunningly persuades Eleven to ignore and “dump” Mike and become her own person, leading to the besties indulging in a somewhat cringey 80s shopping spree. Thus far, Millie Bobbie Brown hasn’t had much to do in Stranger Things aside from use her mind tricks for petty purposes and make out with Mike but that should most likely change in the upcoming episodes.

Stranger Things also uses its 80s setting to touch upon some politically relevant issues of the past by virtue of the emergence of Malls. In one particular subplot, we see workers protesting on account of the Hawkins’ new Starcourt Mall having taken over their jobs. This harkens back to the real-life 80s where the newfound Malls were scorned upon by the manufacturing class for the losses they brought to Mom & Pop stores, much like how industrialization completely changed the game when it came to manual labor. It’s an opportunity partly lost because it’s only a subplot that factors into the Mayor’s upcoming July 4th Independence Day bonanza instead of becoming an opportunity for the Duffer Brothers to offer some commentary on the situation. On the bright side, not every show needs to succumb to forcefully shoving in political correctness.

The visuals are more sparingly displayed this time around, which is understandably given how big first episodes tend to go. It almost looks like the producers have had the Mall constructed as a whole set, given the freedom afforded to the camera to circle around in whatever direction deemed necessary. The cinematography is way too vibrant for my taste, just like the colors. And while the richness of colors is meant to reproduce the lavish color palette of the 80s, I can’t say the same about the choice of camera moves. In terms of effects though, of which there are many I’m sure, Stranger Things blends things seamlessly enough for anything to stan out as truly noticeable.

It’s good to see the Duffer Brothers be so hands-on in the show’s development. The duo have now written and directed the first two episodes, something uncommon in a world where showrunners assemble a writer’s room to dish out plot points and story ideas. I’m sure at least some future episodes will be inevitably taken over by fresh blood. For now, Stranger Things 3 continues to dazzle and even though developments are not as forthcoming in the sci-fi subplot as they are in the teen storylines, the balance is sure to tip in future episodes. But while the show’s numerous characters offer multiple vantage points to look at the same situations, it’s going to be worth seeing how the creative team balances out so many of them with just six more episodes to go.