Suits brings in a new master to discipline our named partners and she brings in all sorts of trouble. 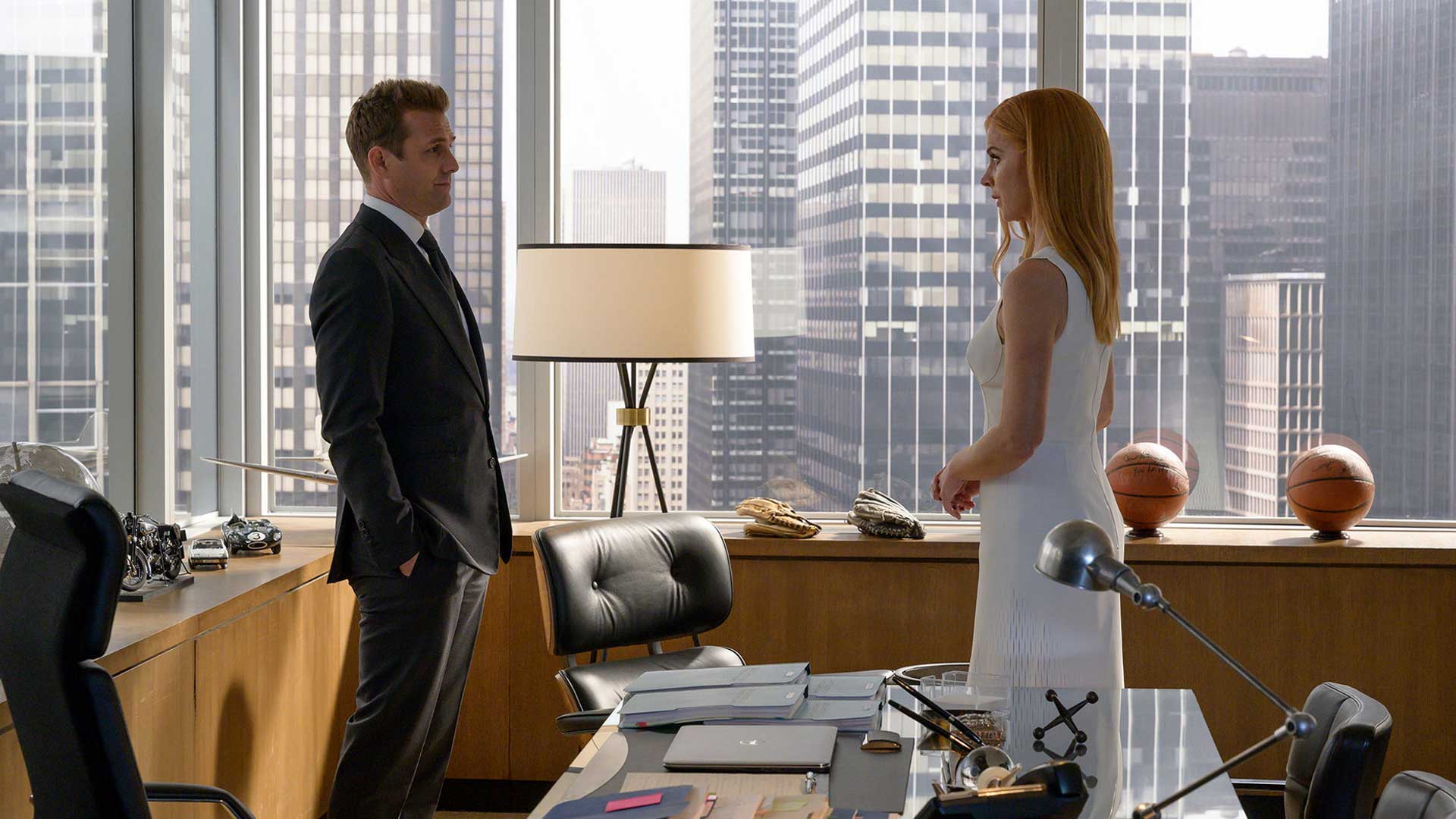 Suits followed up to great promise from its Episode 1 cliffhanger as it introduced Denise Crosby in the role of Faye Richardson to smack our named partners down to business and instill in them a sense of discipline. There were a few threads tied up together from the previous episode but overall, this was pretty heavily focused on Faye and the damage she causes to the firm within just a few days of taking over, finishing the episode on yet another gut-punching moment. Meanwhile, Donna and Harvey a.k.a. Darvey carry on from their relationship in the first episode as they become increasingly comforatable opening up with everyone.

What’s striking about Crosby’s Faye is that even though she is projected as an antagonist in the initial moments, it becomes clear that it’s not as black and white. What’s also interesting is that Faye brings a whole new dynamic to the table that goes much beyond the divide and conquer plot mechanic that often tends to become a staple in such situations, nor is she an outright ass. There’s multiple facets to her; she’s nice when she can be and while that politeness mostly hides a smug face, she’s at least putting out some valid points instead of having a totally vindictive agenda. It helps separate her from the likes of Daniel Hardman who was a lot more motivated by personal betrayal and consequently, became largely one-note during the tail end of Season 2.

Take Samantha’s case in point. To help out her friend Lucas who served time with her during the war and who’s now suffering from PTSD which indirectly leads to his firing, Samantha accepts his case as a pro-bono and takes it upon herself to seek justice for him. Faye counters this, advising that her emotions are coming in the way of doing what’s actually best for Lucas. She’s able to even convince Katrina of this who reaches out to Samantha and despite lashing out initially, Samantha concurs that it’s the right way. So eventually, Samantha does end up following Faye’s advise to some extent, even though they’re both at the most odds with each other since she takes Zane’s name down the firm. Yep, it’s now Specter Litt Wheeler Williams and I’ve lost track of the number of times the firm has had its name changed.

As much as Faye has some kind words to share with the likes of Katrina, she’s up to some conniving games with #Darvey and #Litt, who both respond in their individual ways. With Donna, it’s about securing an exit interview with departing client Thomas Kessler who’s lie helped make the case that Zane was responsible for last season’s mess. Harvey & Donna try their best to prevent Faye from talking to Kessler at all costs or risk exposing Harvey’s involvement in Zane’s dismissal.

This leads to a back-and-forth dance to first secure Thomas as a client, and then reveal a “truth” which helps Faye let go of the situation. I loved how Donna wisely revealed a half-truth, but a truth nonetheless, to get out of that situation and how she sold Faye on it; brilliant subtlety at display by Sarah Rafferty. Likewise, the heart-to-heart between Donna’s ex and current boyfriends landed well and was nice to see Harvey genuinely come across as warm and truthful for once. Gabriel Macht has grown Harvey from the cocky, win-it-all lawyer that he started out as in Season 1 to displaying some of Specter’s most vulnerable moments. And now that he’s with Donna, I expect to see some intensely personal moments with the duo.

Speaking of personal, Faye really got to Louis in way that, while expected, was also quite hard-hitting. Berated and humiliated by Faye, Louis lashes out at the IT associate Benjamin instead, and if you’ve ever had a boss scold you at work just because s / he was in a bad mood, you’re going to relate to this scene a lot. This thankfully becomes a nice opportunity for Alex and Williams to bond together a bit and blow off steam by sneaking out for a game of bowling. Admittedly, it was the only out of place sequence in the entire episode that felt a far cry from traditional Suits, yet I loved how the show gave this unlikely duo a chance to get to know each other better and explore their own personal interests.

Back to Faye, she quite literally managed to impact every single named partner / central cast member and put them into really challenging situations. But again, the beauty of her challenge is that it isn’t particularly one-sided, and despite the brutality she displayed by (spoiler) dismissing Louis as named partner, you wonder if that’s the push Louis needed to learn to follow orders once in a while. And circling back to the past, Litt himself used unfair means to become named partner to begin with so his removal comes more as Karma than anything else (spoiler end). It should be interesting to see how this plays out, now that Louis has become so used to living life as the one in charge.

Overall, I felt this was a terrific episode of Suits that at once, brought forth a key figure on the opposite side for the team to fight together, and yet not leave it so one-sided as to make Faye Richardson appear as an outright villain. She’s been sent by the New York Bar to do her job and if this is how she’s going to go about it, I think I’m going to enjoy seeing Denise Crosby wreak systemic havoc over the next few weeks. Meanwhile, it’ll be worth exploring the fallout of the episode’s climactic reveal and how it impacts the lives of everyone around the firm. This episode was the longest in a while that felt like the good ole’ days of Suits are returning and, despite its shortcomings, it was a highly entertaining watch.