Tandav presents a couple of interesting angles worth exploring in its sophomore episode. 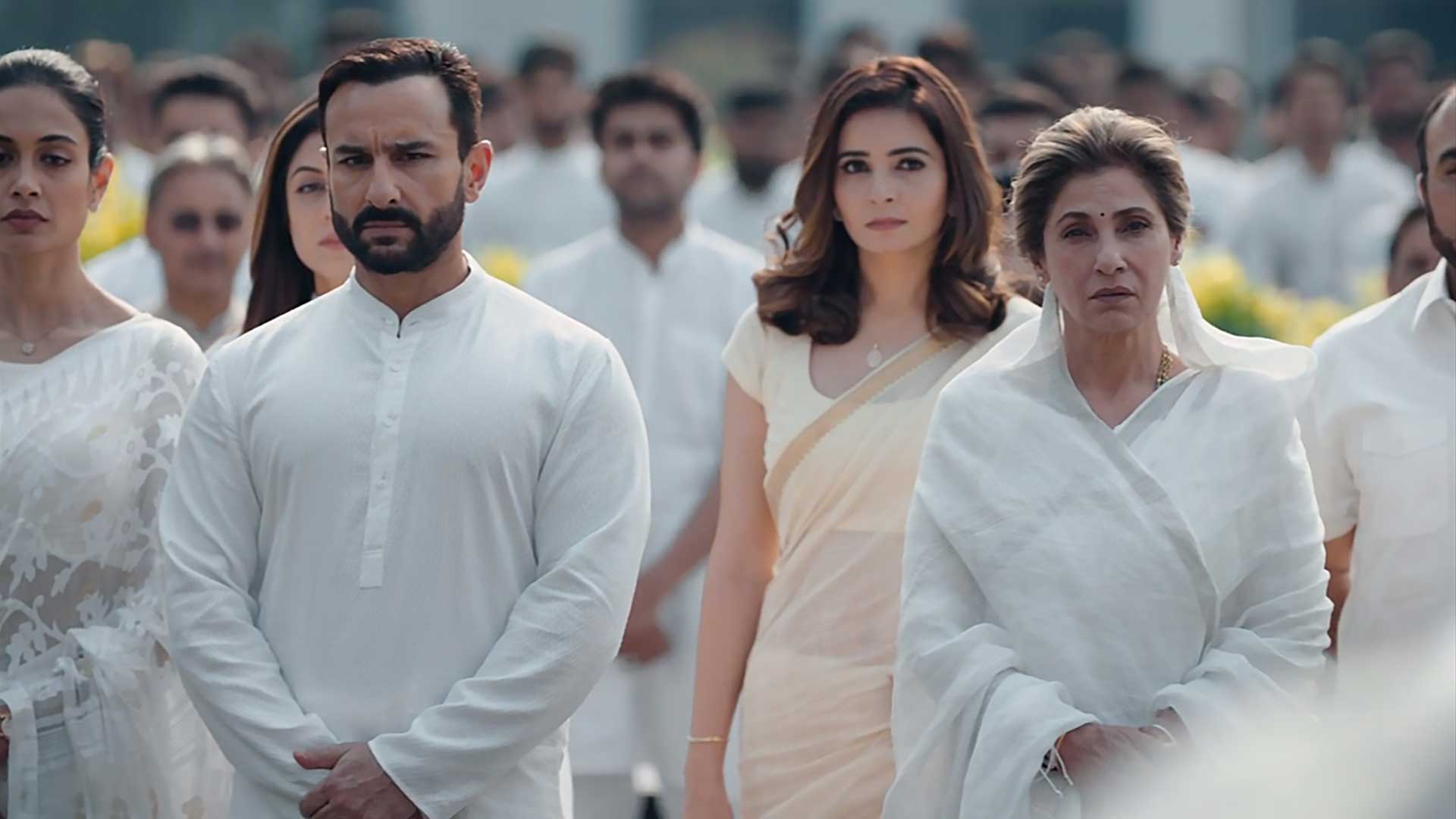 After a somewhat conventional premiere (by modern-day streaming standards at least), Tandav opens up a couple of promising angles worth exploring. And while some may have been tried and tested numerous times, there’s at least an idea or two worth pondering over in regards to its relevance to present-day events. All the while, Aazaadi continues to maintain its top-notch production values but is augmented with an escalating score whose novelty may wear out far too quickly thanks to its overuse.

After the “shocking” end of Episode 1 that concluded with Devki Nandan’s poisoning at the hands of his son Samar, our central characters scramble to gain his seat of power. This brings forth some push and pull power-play moves that are fairly typical of a series of this genre. Backstabbing, conniving moves and manipulative games abound as Samar tries best to maintain the pretense of his love for his father while ensuring his administrative staff works behind the scenes to keep him as the frontrunner for the successor to the throne.

Meanwhile, college student Imran finds himself in lockup for his support of the farmer’s protests, largely driven by his religious lineage. His friend try their best to get word out in all hopes to save him. And this is where Tandav presents its first novel idea: the news of a bigger tragedy completely crushes any hopes of Imran’s rather small-scale conflict in comparison to be covered. News organizations reject any notion of taking on this news when the nation’s Prime Minister has died. And rightfully so. When the Shiva Shekhar (aptly named, see Episode 1 review) and his friends surmise that this coverage will run at minimum for the next 5 days, they aren’t exaggerating. If anything, they’re grossly underplaying the impact of the tragedy.

In order to then convince a local news outlet that the story is worth their salt, Shiva and Richa strike upon the idea of recreating video footage of the protest scene where two other Muslim teens were shot dead on a fake encounter. The idea is far-fetched, as is the recreation, but it drives home an interesting point: videos sell. The video goes viral on Twitter (unnamed) and gains enough traction for the students to celebrate their momentous victory. They’ve finally managed to attain some visibility in their otherwise disappointing struggle. Samar’s reaction to Shiva almost suggests the two have a deeper connection than the juxtaposition of their storylines.

Tandav surmises that it’s a game of grabbing eyeballs to make the point across. Political parties today are armed with a tool that they weren’t back in the old days: access to digital media. We’ve seen hashtags trend, as well as responses to hashtags trending in a matter of hours. We get a glimpse of that world here when Sunil Grover’s Gurpal Chauhan coordinates a cyber plan to make hashtags trend that paint Kumud Mishra’s Gopal Das Munshi in a bad light, as a greedy, scummy politician who cares only about the throne and jumped on the opportunity to grab it merely hours after the PM’s death. It’s an essential tool at the hands of parties and I hope we see more of this, albeit executed in a less cringey fashion.

The final piece of the backstabbing false into place when Dimple Kapadia’s Anuradha hands Samar a one-word chit: Aconite. Yep, she knows her husband was poisoned (any guesses for who informed her?) and she makes Samar a demand: tweet in support of her as PM. Wow, I mean it isn’t a novel concept or anything – everyone vying for the throne, it’s almost a desi Game of Thrones in an over simplified sense – but it drives home the point that this show is as much about politics as it is about using digital media to fuel politics. No longer is this a war fought on the streets through morchas – it’s a war fought online using hashtags tweeted via prominent Twitter Handles.

As interesting as those concepts are, some of the direction threw me off on a few occasions. For one, Ali Abbas Zafar has a tendency to cross-cut too frequently, especially in the protest scenes. True, it creates a sense of urgency but that cross-cutting carries over somewhat into the dramatic scenes as well, not through shaky angles but through frequent editing. Consider the scene where Gopal Das opens up to Samar about PM ambitions – the scene constantly cuts between the two, and Sarah Jane Dias’ Ayesha and a wide angle. Coverage from multiple angles does keep the scene fresh but it also signifies a lack of confidence in your actors being able to pull off the intense drama.

Another issue I had is with the excessive use of Julius Packaim’s score. Packaim’s score is definitely addictive and it’s the kind that keeps the momentum in a scene flowing. But more often than not, it’s overused to create a montage effect where a multitude of scenes are edited to feel connected and flowing in the same breath. At times, it interrupts the character interactions, undermining the raw tension that otherwise would exist if the score were stripped off. The use of a score is as good a skill as the ability to restrain from using it I guess; Zack Snyder uses his scores too much as well and Zafar is doing something similar.

Otherwise, Tandav did offer some interesting concepts in Episode 2 that, if explored further, could lead to storylines that are even more relevant in today’s times. I do doubt though that these concepts would sustain by the time we reach the episode finale. Let’s see where the show takes us.