Tandav fuses its dual storylines and sets the stage for a game of chess. 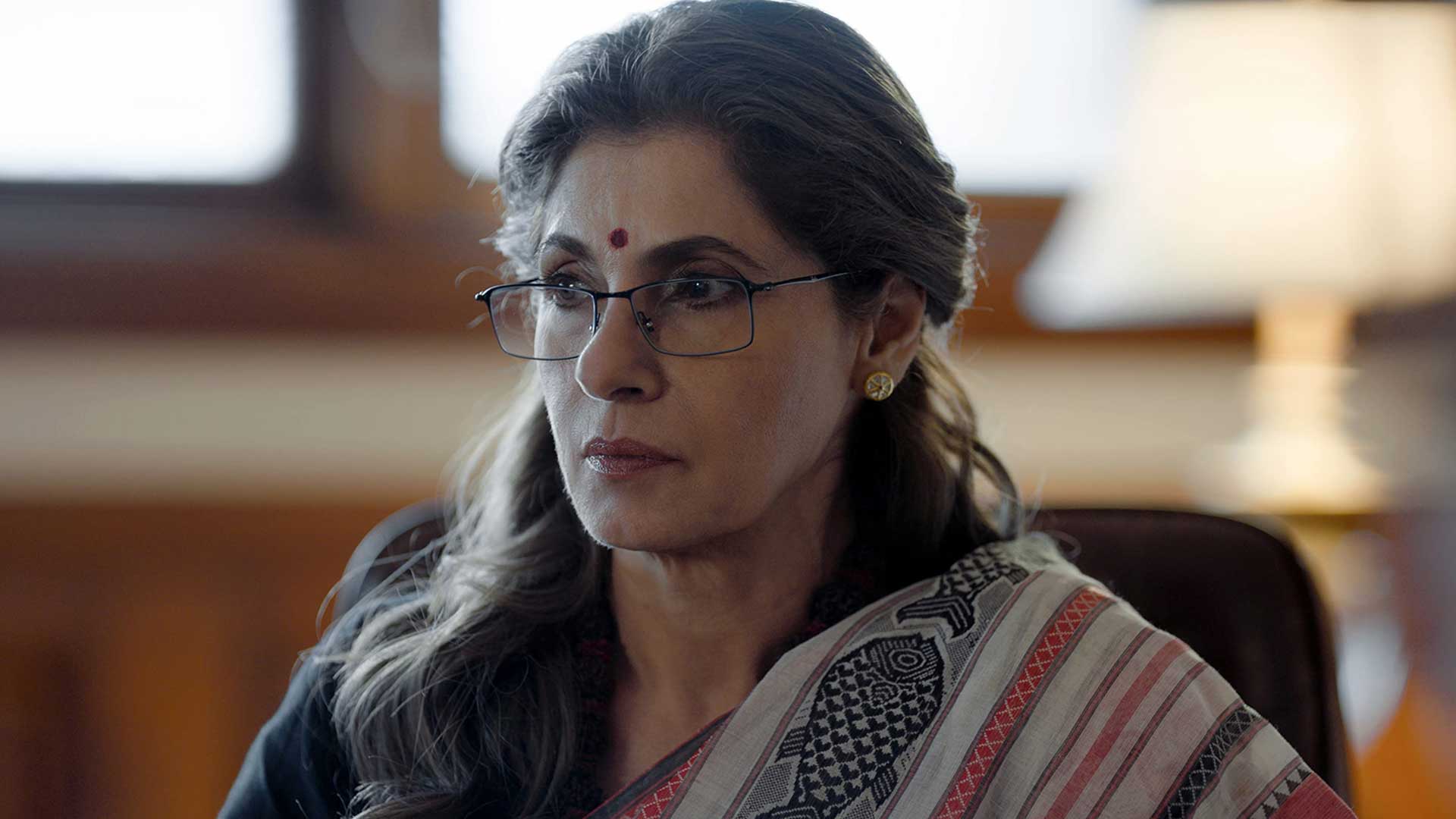 Sooner or later, every political drama must evolve into a game of oneupmanship. This chess match between various players sees one trying to upend the other by strategic moves, alliances and schemes. Tandav enters that stage now with Episode 3 as Dimple Kapadia’s Anuradha is heralded as the nation’s new Prime Minister. This sends Samar on a rage spree, predictably smashing glasses, until he hits upon the idea of utilizing a rising star as a pawn in his own game against his step-mom.

After some forward momentum gained in Episode 2 due to the demise of Devki Nandan, Episode 3 falls back a bit to table setting. We get introduced to a bevy of new characters in bit parts that seem to fill in the dots connecting a set of characters in Samar’s storyline to Shiva’s. Most promiment and equally surprising is the return of Dino Morea to Indian cinema after a hiatus, paired with Sandhya Mridul nonetheless. They play a couple who are nearing the final formalities of their divorce thanks to Dino’s playboy ways with women as he’s seen romancing Richa Avasthi, the young female VNU student beside Shiva in the first two episodes.

This scene actually made me realize the star-studded cast that Tandav has assembled. I mean, it’s not that everyone is a star but most of the faces here were at least well known names in Indian film or Television at one point in time. So far, I’ve seen Annup Soni, Dino Morea, Sandhya Mridul, Gauhar Khan, Shonali Nagrani and Hiten Tejwani. And of course Sunil Grover. That’s quite a TV ensemble there. I’m assuming there’s more in store for them and am even excited at the prospect of some unusual pairings (Saif, Dino maybe) although I fail to see how the series can do justice to so many subplots in its 9-episode running time.

Shiva’s subplot quickly devolves into Yuva politics. Speaking of which, terrific choice to reuse A. R. Rahman’s Dhaka Laka Buka from Mani Ratnam’s classic Yuva. Not only is it a good fit for the situation at hand, it’s amazing how fresh the song still feels, almost as if it were composed in 2021. The editing didn’t quite do justice to the track though but it conveys the youth’s dive into politics effortlessly, even if nothing much of substance happened to fuel it. Imran was entirely forgotten in this episode it seems as the folks reveled in their newfound viral glory, not realizing they have a comrade still in prison.

This is also the first time we truly get to see Gurpal pull some heavy strings. It was an interesting choice to have his interactions intercut with the two doctors with a view to ascertain who leaked the PM’s murder plot details. While it was too convenient to implant a bug in their houses, lazy writing almost, it does hint at Gurpal’s effectiveness. And as menacing a stare as Sunil Grover has, I’d like to see him pull even more substantial moves. There’s got to be a reason Samar has him by his side and it’s simple: he’s good. We just need to see him more in action.

It’s getting increasingly annoying though to see the escalating tension created by the constant use of background music. Usually, I’m a sucker for that sort of editing but here, it simply feels like a forced attempt at adding drama and connecting sequences in a bid to build up to something that isn’t there. It’s as though Zafar was too influenced by Nolan’s Dunkirk and his technique of continuously building toward something. It worked there because it had an urgency of time. Here, it’s just a gimmick. That said, I’m really digging Juliuis Packiam’s score though so thankfully, it at least lends itself to overuse well.

Overall, I doubt we can expect any revolutionary storytelling from Tandav after watching its first three episodes. What we can expect though, is a star-studded political thriller along the lines of Prakash Jha’s Rajneeti, only a bit less nuanced and maybe a bit more entertaining and geared for the masses.