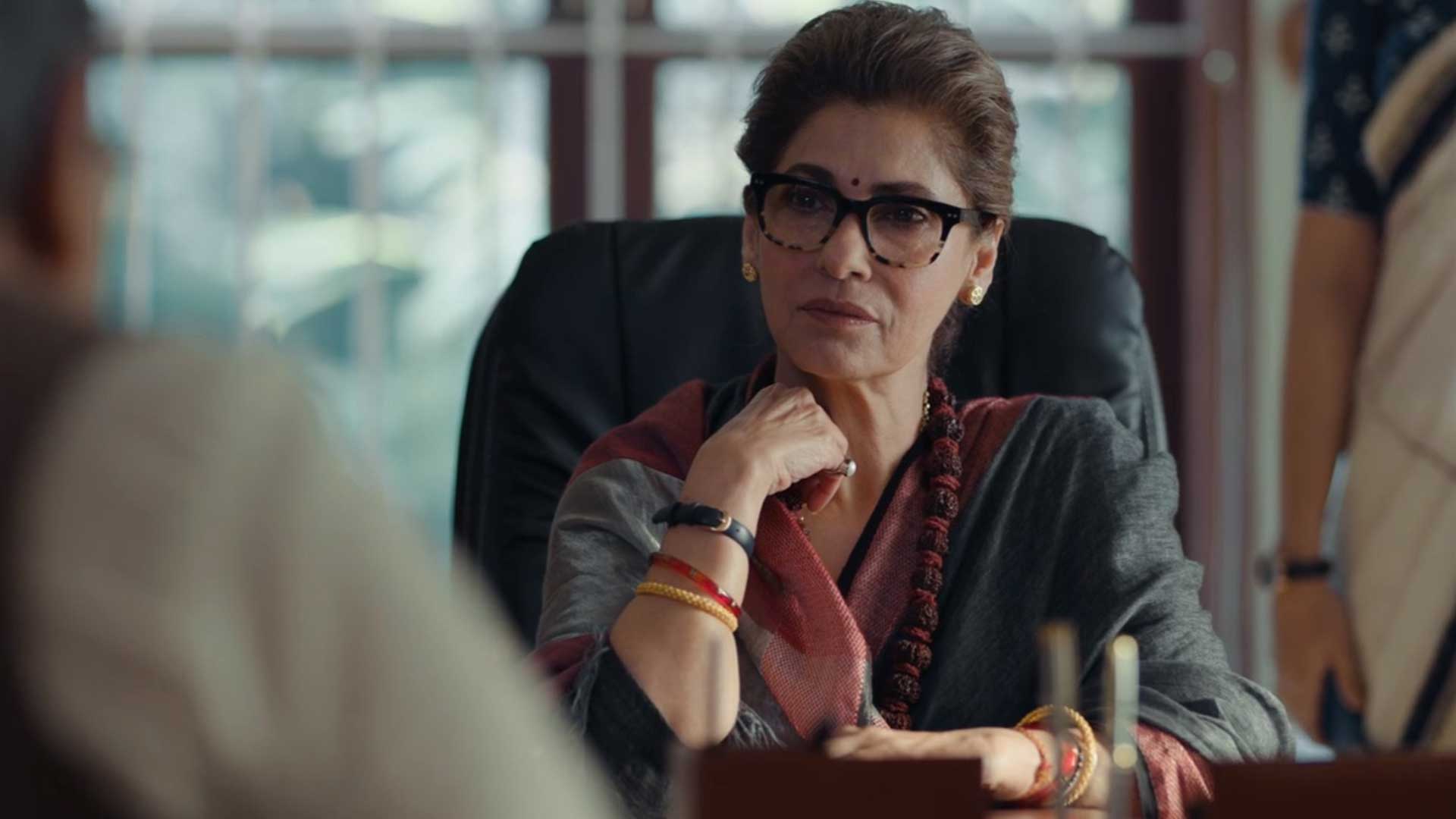 Tandav had a clear path in its fourth episode. After the celebrity status acquired by Shiva Shekhar on account of his viral video, there was little doubt that he’d be pushed into the big bad world of politics. That finally happened as Shiva took the bait, realized his calling and, in a scene reminiscent of Anil Kapoor starrer Nayak, finally embraced the world of politics, albeit at the student level. Naturally Samar Pratap is ecstatic, knowing full well that it’s only a matter of time this liberal leftie will turn into a conservative rightie by the time he’s sucked in.

The path towards that moment was well laid out but not without its fair share of predictability. We rarely get a true glimpse into Shiva’s struggle between choosing to continue his UPSC exams as opposed to getting into politics. And family is often a huge collateral in politics but in Shiva’s case, we haven’t seen them yet. What would they have to say? Are they even alive? Perhaps university politics is not that big of a deal and we’ll see him wrestle with these issues more once he truly gets drawn into Samar’s world.

Samar meanwhile kept getting handed blows by Dimple Kapadia’s Anuradha. Now the top candidate for the Prime Minister thanks to Samar’s endorsement, Anuradha relegates Samar to handling the Youth Social Welfare committee and his confidante Aditi to Women’s Welfare. Saif tries to play the defeated look neatly but he’s done better in terms of performances. Naturally, this all doesn’t sit well with Samar who’s been plotting his revenge; if he didn’t spare his father, he has little reason to spare his step-mom.

Speaking of which, we do get Tigmanshu Dhulia back for a flashback alongside Saif and Sunil Grover. The scene is meant to lay the roots of Samar’s philosophy that in politics, power trumps everything, including relationships. It’s overtly simplistic to have that single moment define a life philosophy but shows and films don’t have much time. It was cool to read through the trivia and realize that they were digitally de-aged via VFX; possibly Indian cinema’s first tryst with the technology. The implementation was clean, rather too clean, and mostly consisted of the wrinkles being smoothened out. Different hairstyles and looks would’ve made it more convincing; at least we got a more casual dressing sense for Gurpal.

A fascinating bit around Imran’s release was that it was eventually Shiva’s fame that got him out. The two corrupt cops who put him in were nowhere to be seen but it was a case of real-life reflection that his viral video made him a sensation and consequently, someone to be feared for messing around with. Fame definitely does have his benefits and in this case, given the nature of the video and the influence it threatened to have, it was able to help Shiva get their friend Imran out successfully. Their ensuing lobbying did feel a little old-school by the books but it set the stage nicely for Shiva’s eventual descent into politics.

I was also enthralled by Saurabh Chauhan’s brief appearance as Mr. Shekhawat narrating his tale of loyalty and how he lost his son in the process. It had a high impact, despite the rather muted reactions of Saif and Sarah Jane Dias and served to at least remind Samar of his rash decision, something which he had no say in. I’m also convinced at this stage that Samar and Aditi are having an affair of some sorts; Ayesha’s glance at her husband Samar and Gurpal eyeing both Samar and Aditi was enough to raise suspicion.

It was also good to see more of Dino Morea’s Jigar and I finally got the Saif-Dino pairing that I wrote about in the previous review (talk about wish fulfilment). Both characters studied in VNU, yet another thread that connects them to the university. Jigar’s open admission for Sandhya was rather upfront and came too suddenly, making Kritika Kamra’s Sana feel like and idiot for sleeping with a 40-year old man (and rightfully so I guess). It’s still unclear how exactly Samar needs Jigar for his game – perhaps his relationship with Sana who in turn is close to Shiva might be the connective tissue that helps Samar manipulate Shiva. It’s a long stretch though.

If Tandav follows the conventional political route, it should now focus on how Shiva gets dragged into the ugly world of politics and how his life turns upside down as a result. He may or may not emerge triumphant eventually, but he’s going to play into Samar’s hands as a pawn for quite a while.