Tandav delivers a better episode as the long game pays off, despite the sheer implausibility of it all. 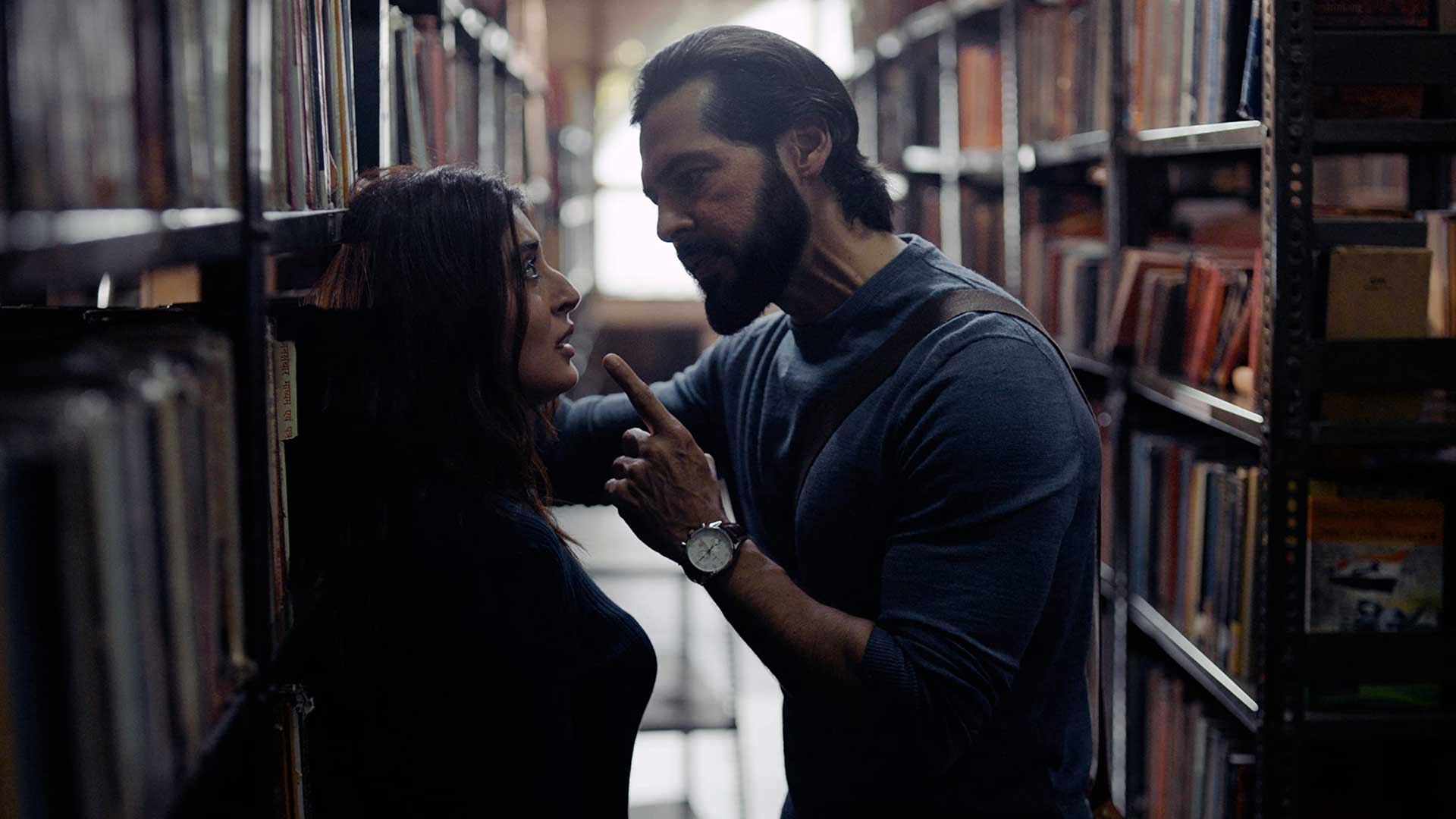 Politics often requires planning several moves in advance. Like a chess match, it pays if you anticipate and think through developments many steps ahead. So what appeared as an out of context, irrelevant turn of events has now sowed the seeds of dissent between the VNU students Shiva and Chetan who are at loggerheads with each other since Shiva falsely implicated Chetan in Vishal’s death. And all of this as a romance blossoms between Shiva and Sana.

The plan is orchestrated by Gurpal on orders from Samar. The intention is to create a crack in the VNU party which is achieved through an elaborate plan of first abducting and murdering Vishal, then planting his cell in Chetan’s drawer to implicate him. The sheer incredulity of all the pieces falling in place is what makes the whole scheme implausible and unbelievable. After all, Sana would’ve never done that if she didn’t need the money. Or maybe the blackmailer was part of the game as well.

The intent is also unclear at this point. Perhaps Samar wants Shiva to grow out of his university roots and play a bigger game, one where, with support of the youth, he could have a shot at helping Samar in overthrowing Anuradha. Or Samar might be after sympathy votes, as was evident in his pretentious speech about caring for the likes of Vishal but smirking upon positive coverage of the event. Again, while the intent is laudable, the writing appears a bit too far fetched to pull these pieces in place.

Kritika Kamra’s Sana has the potential to emerge as the show’s dark horse. With the fair share of trauma that she’s gone through, she almost quits the whole affair. She’s also in a quasi-abusive relationship with Jigar without even realizing it; a victim of the Stockholm syndrome. Kamra does her best with the material given but some more focus on her messed up life could’ve introduced an intriguing character breakdown.

And even though he pops in and out, Dino Morea’s Jigar is mildly interesting in his own way too. His continued affinity for his wife and his fervent desire to cling on to her and keep her even as he vies for the attention of younger women is strangely, a great bit of flawed characterization. He wants more but is still afraid to let go of what he has. Again, that angle isn’t explored that much and Sandhya Mridul is seriously wasted as a side-effect given the powerful stuff she’s capable of pulling off. Hopefully there’s more in store.

We also finally get the outburst from Anuradha’s son Raghu over not being handed the Defence ministry. Anuradha rightfully explains that things should progress slowly over time to make them seem natural. Anuradha’s shaken reaction over Raghu’s fatherhood suggests there’s more to the story than we’re being let on and I’m glad that at least some secrets are being preserved and organically planted so that their eventual reveal comes across as a shocking but expected surprise. Dimple Kapadia is effortless in her mannerisms but kudos to Paresh Pahuja as well for holding her own against a star of Tenet.

It was also refreshing to see more of Gurpal. Sunil Grover has had a terrific, commanding presence throughout the show and we get to see him pull off some truly menacing acts. His cold stares alone make him one of the series’ most towering personalities and his no-nonsense demeanor and ruthless approach towards getting the job done is the kind of folks politicians aspire to keep. He truly has no allegiances which make him a dangerous, unpredictable wild card in the show’s proceedings.

With three more episodes to go, I’d expect Shiva to somehow join forces with Samar, especially after how visibly gaga he went over Samar’s gushing of his progress. He has the potential for politics and the climactic fight ensured that he’s all in now, ready to get his hands dirty if need be. That’s probably the final bit of confirmation Samar needed to know that this youngster is ready. But unless my speculations are unfounded, I’d be interested in seeing how Shiva fits into Samar’s larger game plan.