Tandav delivers its big twists with some amateur writing. 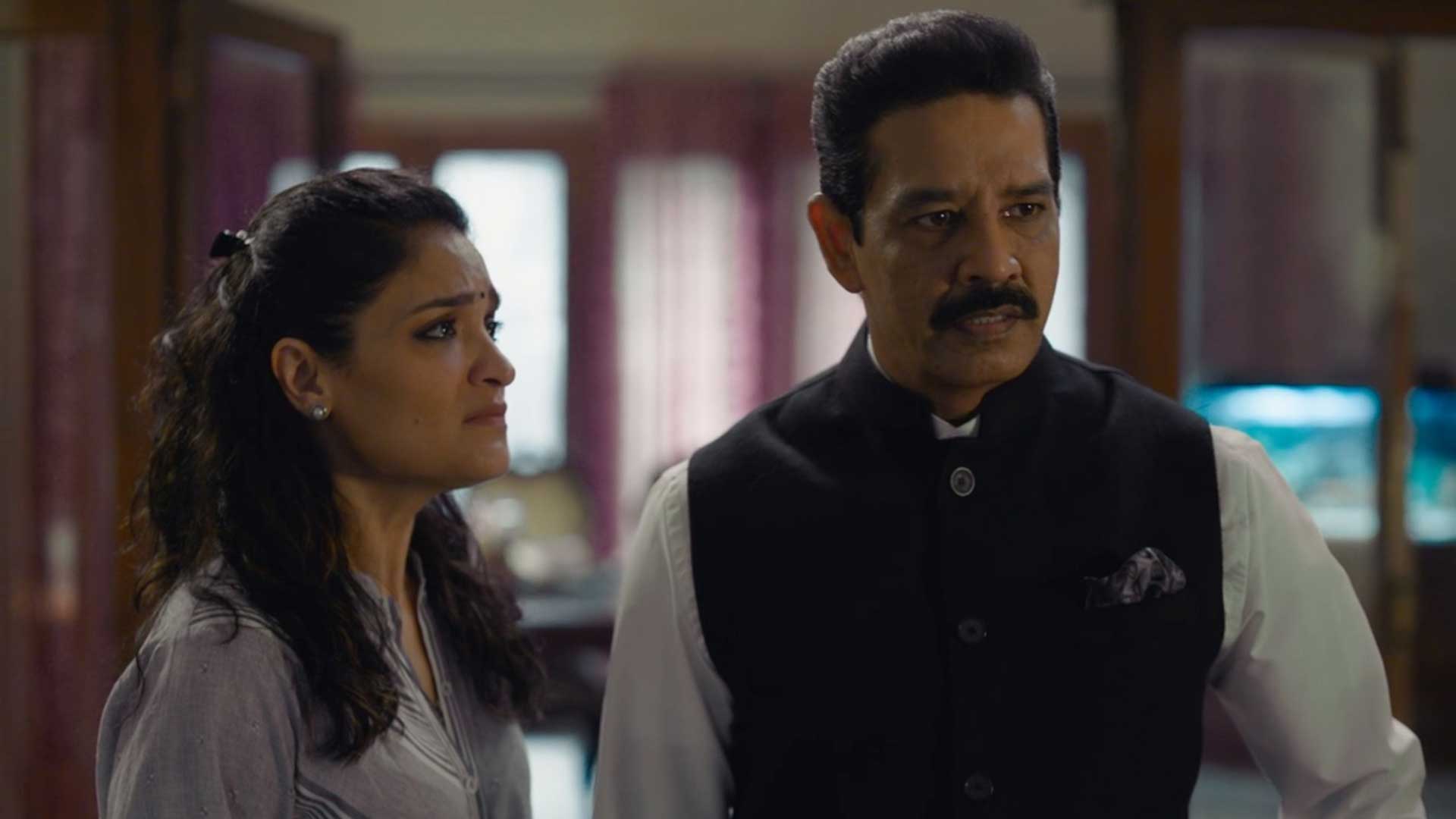 Tandav finally delivered its big twists in its penultimate episode – most being anticipated. Unfortunately, the twists were accompanied with some poor writing and lackluster direction that yet again relied on the overuse of score to make up for the scenes’ lack of impact. And some moments were downright childish to the point that it’s incredible the characters didn’t see that coming.

Right off the bat, the record is set straight: Gurpal now knows for certain that Anuradha doesn’t have anything on them. Gurpal and Maithli share a history that is hinted at but not expanded beyond their conversation. Gurpal continues to be the MVP in Samar’s assortment of trusted lieutenants and by threatening Maithli and coercing her into giving up evidence, he once again proves his value to Samar.

The entire sequence toward the end however where Maithli actually shares evidence by virtue of a recording of Anuradha confessing to everything feels downright basic by comparison. It’s a lazy writing choice, almost as if the writer couldn’t figure out any better way to do this and simply had Maithli interrogate all the stuff out of Anuradha. For an ambitious woman with a hunger for power and the nation’s Prime Minister, Anuradha sure fell easily into her associate’s trap. It felt like a case of the showrunners wanting to just be done with this plot point and move on. Except, that this was the episode’s crucial climax.

Other reveals such as Samar and Aditi’s affair were also done rather haphazardly. The camera continues to go out of focus in an attempt to maintain suspense and shock at what we’re seeing but this was long anticipated ever since we saw the two cozy up in Episode 2. Saif’s subsequent anger again was a poor delivery and failed to convincingly sell his hatred for being compared to his father. And we barely saw even a trace that linked Samar and Aditi from the second episode only for this thread to be brought up conveniently in Episode 8 to add to shock value.

Shiva’s ascent into politics by forming his own political party was again, too convenient and too filmy. He had suddenly emerged as the political hotshot, memorizing rule books and leaving the election in-charge stumped with his “amazing” knowledge. And yet, the unconvincing speech he delivers lands him all the votes with relative ease – or so we’re led to believe. It again feels make-believe to the point that any hope for redemption is outright lost.

What’s annoying, and this is something I’ve brought up multiple times, is director Ali Abbas Zafar’s use of the music to create a sense of momentum out of situations that could’ve best been handled by quieter or no scores. Consider the bit where Shiva proposes to Sana. A love theme playing there would’ve been adequate; instead, the escalating score from the previous scene continues on and feels horribly mismatched for the occasion. No sooner does the score end than it begins playing again.

The other reveal that plays out is Jigar leaking knowledge about Sandhya’s pregnancy to the press. Yet again, plot convenience follows in that Sandhya had conveniently informed about the pregnancy to her co-workers but not her lover. This leads to an ugly but unsubstantial argument leaving Sandhya with the realization that Kailash has yet to divorce her wife. That probably looks like it’ll be the extent of their characteriztion which begs the question – why even have the subplot when it served no larger purpose? Certainly, not everything needs to connect to the central storyline but if that was all there was to it, then it’s a rather tepid end.

Overall, Tandav made some uncreative choices that result in an okay episode. If you’re binging and in the flow, you might blow past this episode quickly. The shorter length certainly helps make things easier. But I doubt you’re returning to this episode for a rewatch, or the show for that matter. And what more creativity can you expect when the episode is titled after the show itself. Well, at least the fictional political party’s logo was more inspiring and creative than the show’s title logo.