Tandav falters in tying up its plot threads and setting up a Season 2. 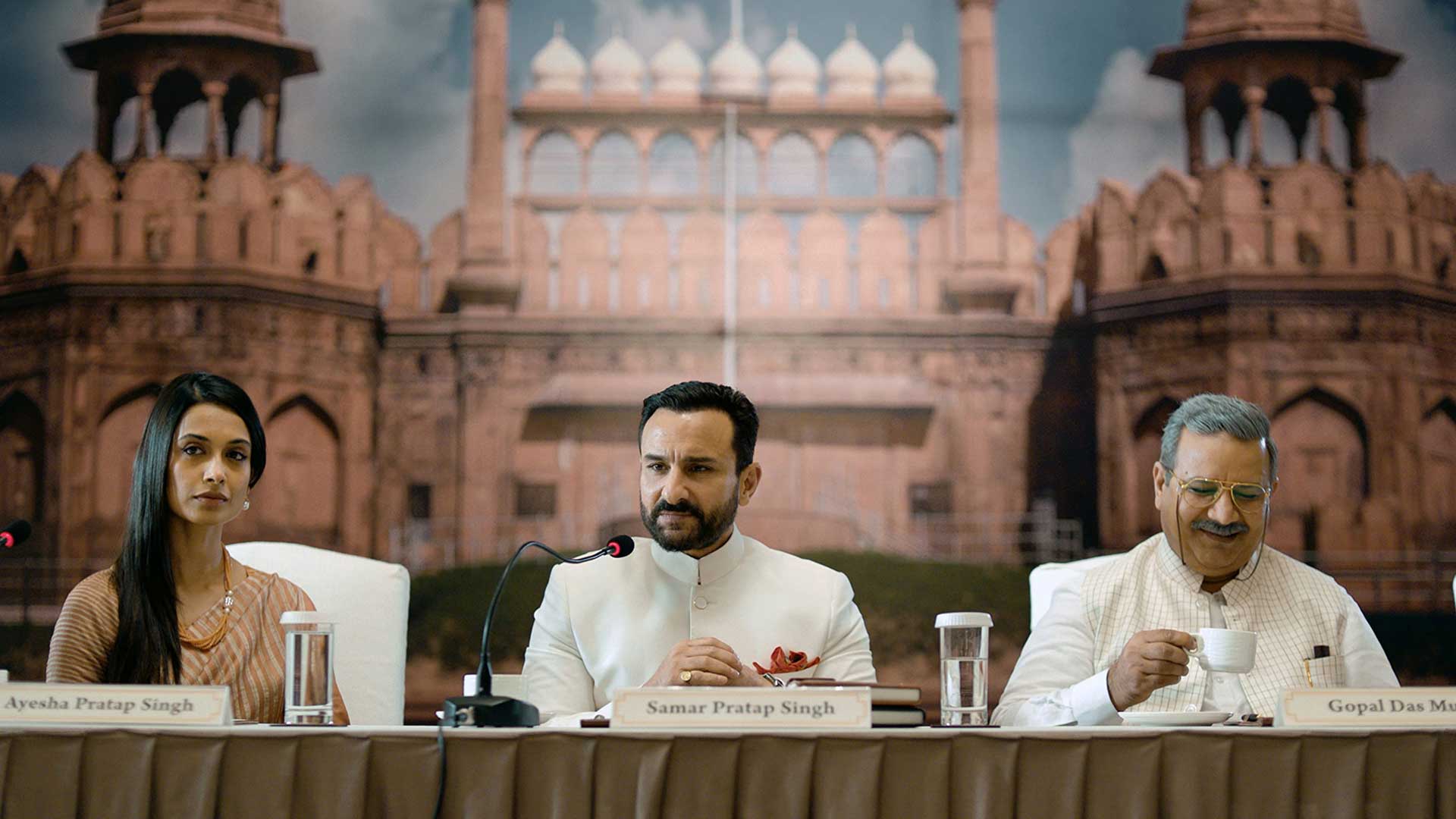 Tandav lost all steam in its final episode, delivering a season finale that was bereft of all the excitement that its background score so often screams. To a certain extent, this was expected. With only a 30 minute running time, there was barely room to address all the plot threads. And understandably, while the plan was to keep things open for a potential Season 2, I doubt that’ll be happening which would imply many mysteries left in the lurch.

The most significant thread at least got some resolution when Samar was able to frame Anuradha back and call her out on her lack of evidence. Per his suggestion, she’s fake-hospitalized as the nation calls for a new PM. Perplexingly though, Samar names Gopal Das Munshi as an interim PM after craving the seat for so long. Maybe he’s playing some sort of long “game” or “khel” but that’s left open-ended for the time being. Shamelessly, the series ends with Samar spinning a ring with the scene cutting before it could fall, not unlike Cobb’s spinning top from Inception minus the context.

Shiva meanwhile is successful at winning the student body elections. But he soon realizes that the victory comes at a cost when Chetan is killed in prison and Sana commits suicide. Which is again a baffling development since moments ago, Sana had called up Shiva to update him on something. It is strongly implied that Jigar armtwisted Sana yet again and cornered her, leaving her with no option but to take the drastic step. But yet again, we won’t know for sure what happened until Tandav Season 2 comes out. If it comes out. For now, it adds shock to the proceedings in a desperate attempt to drive home the point that politics is a dirty game.

Most of the other plot threads are left by the wayside. We never learn more about the identity of the anonymous caller although I strongly suspect the piece of evidence he had to incriminate Samar was a phone recording of the call made by Devki to Anuradha. That’s the only time during the fateful night that Samar had openly confessed to his act. Nothing much is made of Aditi and Samar’s affair either; the scene would’ve literally not done anything to the narrative had it been taken out. Ditto for Sandhya’s entire subplot that existed for no reason whatsoever. Neither did it connect to the overarching storyline well, nor was it meaty enough to warrant a compelling watch.

If there were two aspects of the show that suffered majorly, it was the writing and direction. Despite starting off well, as most shows do because there’s always an air of excitement in learning more about the characters, the writing slowly devolved into cooking up painfully implausible and childish scenarios. Director Ali Abbas Zafar tried his best to punctuate the weak narrative with a constantly running score, never letting any scene settle for lack of momentum, perhaps fearing that the emptiness would be figured out sooner. Eventually, it all escalates to nothing and for the promise of a cliffhanger, I sure hope they even had plans for a second season.

Dimple Kapadia was yet another lost opportunity. Last episode, there were some rumblings of her character’s relationship with Devki having more to it than was let on. But the choice to leave those things for a potential season means Anuradha was left without much depth except a pseudo-ambitious streak. There was an attempt to dig into her flawed relationship with her son which again didn’t go anywhere besides the very scene I talked about. Fleshing some of those things out in Season 1 could have made these folks more wholesome characters.

And that’s my general complaint with Tandav. It introduced far too many characters than its runtime could handle. They were played by TV’s well known names. And yet, they amounted to nothing more than glorified appearances with abuses thrown in to add to the cool factor. Faces like Hiten Tejwani, Anup Soni, Sandhya Mridul could have contributed a lot more. Instead they only filled out spaces and added to the series’ star-power, which created insurmountable expectations. Instead of overusing its actors, Tandav overused its score – the genius and novelty of incorporating Yuva‘s Dhaka Laka Buka was lost when the track was repeated in almost every episode since.

Finally, as a series that was targeting crossing over youth politics into national politics, it missed that mark yet again. By the finale, Shiva’s and Samar’s stories bore no significant connection to the proceedings. They existed in their own vaccum, intersecting in the middle episodes for a while. Yes, Samar did instigate Shiva to unknowingly form his own party which led to his victory but that was more a shoehorned attempt at tying things together. Shiva doesn’t venture into national politics yet; perhaps that would’ve been far too incredulous, even by the writing’s standards.

On the whole, Tandav had the promise of political intrigued but some poor writing and directorial choices coupled with shorter running times did not leave enough room to do the subplots all justice. The finale as a result focused largely on Samar’s game and at least got him back at the helm where he, in the show’s universe, rightfully belongs. A lot of cliffhangers and storylines were left open with the hopes of resolving them in a new season but at this point. Let’s hope Tandav Season 2 happens, if not for giving us a great show, then at least for concluding the journeys of their respective characters.