The Boys Set Photos Show How Key Scenes Were Filmed

The Season 1 behind the scenes set photos reveal the impressive prosthetics work at play. 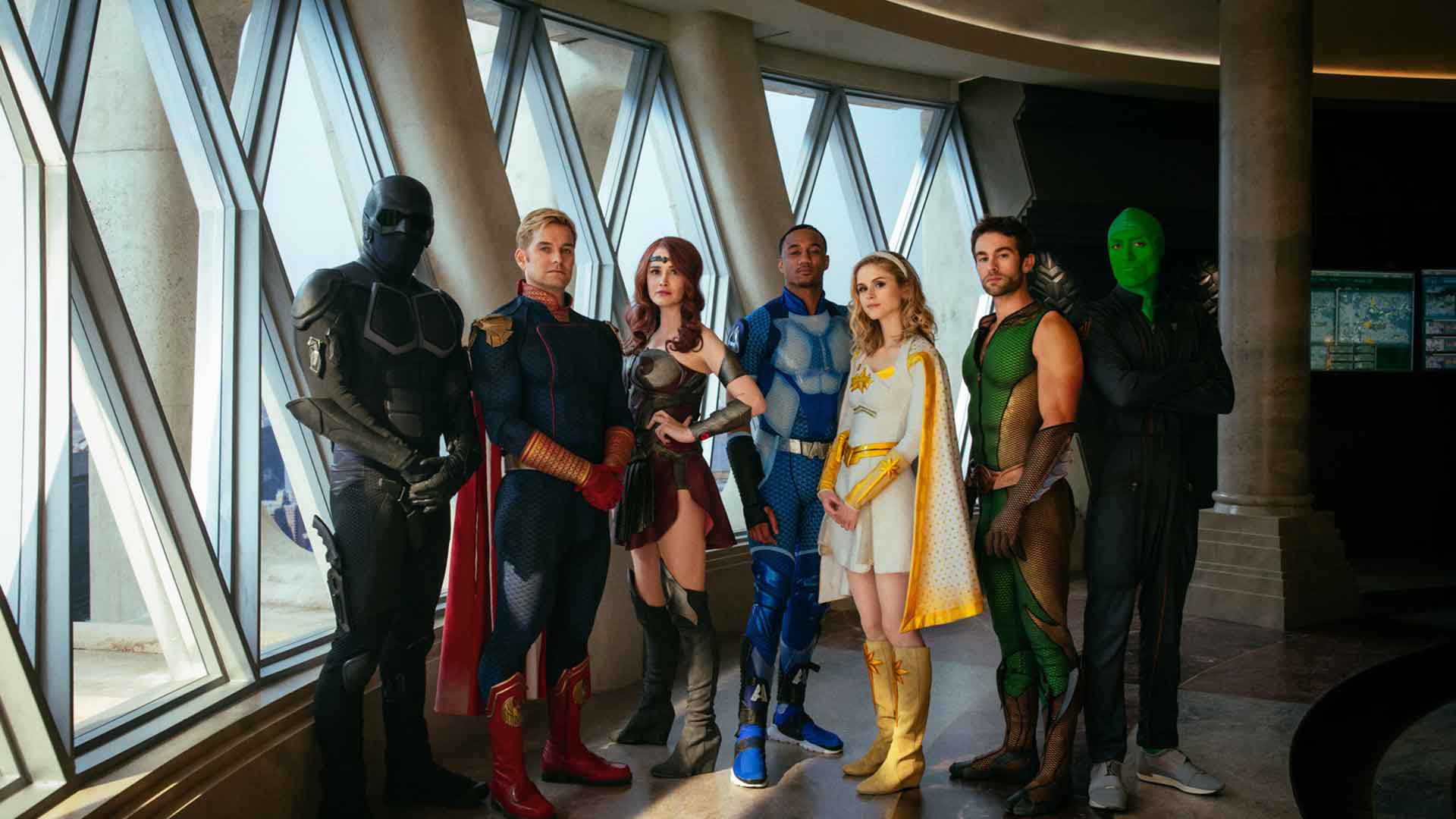 Amazon Prime’s The Boys became an unexpected hit when it premiered last year. While there’s no concrete word on Season 2 amid the coronavirus outbreak, Amazon has shared a bunch of behind the scenes set photos from The Boys Season 1 that give us a look at how some key scenes may have been filmed.

One of these shows the entire gang in action including Translucent who isn’t seen for pretty much the entirety of the time. Alex Hassell dons green makeup that could be CGIed out in post-production.

The remaining set photos are from the Season 1 premiere where Jack Quaid’s girlfriend is torn to pieces by A-Train. He’s left standing on the sidewalk, distraught, holding his girlfriend’s hand. A prosthetic hand was used to film the scene and the set photos show Quaid having some fun with it.

The Boys was widely praised by critics who appreciated the show’s dark tone, cinematic quality as well as the interesting spin it put on the superhero genre. Season 2 has already wrapped principal photography and we also received a brief teaser trailer back in December. it remains to be seen if we’ll see any more promotional materials from the show until this outbreak subsides.

Curious to see if The Boys is worth your salt? You can check out my reviews for an episode or two and decide for yourself.