The Boys sets up a multitude of complex conflicts and lays out the stakes for each side. 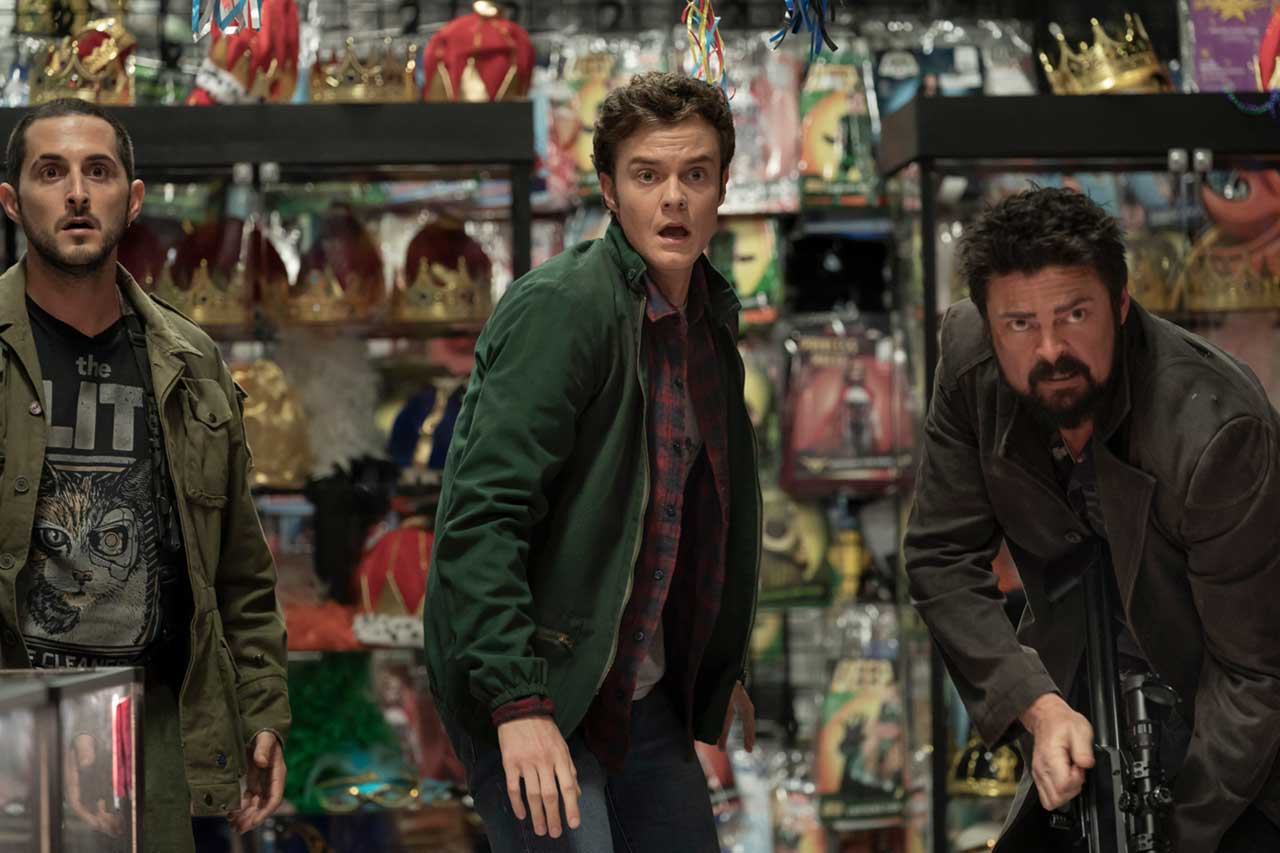 Amazon Prime’s The Boys is moving quickly. In Season 2’s sophomore episode, the central conflict is established, with the pieces having fallen in place sufficiently well to glue them into a potential, overarching narrative thread. Which is to say, two episodes in, you can get a sense of each character’s motivations and what they’re exactly after. Whether this’ll lead into the endgame is another matter altogether.

I ought to correct myself and say “group of characters” instead of each character above. Episode 2 splices the narrative into four threads, each running their own course but moving towards the same target. The core of these is Butcher, Hughie and the gang’s quest to apprehend a super-terrorist. Butcher has made a deal with CIA operative Grace Mallory (seen briefly in Season 1) – get her the supervillain in exchange for his wife. Yep, Butcher now knows his wife is alive but the details of their encounter in the Season 1 cliffhanger are hazy, as though Butcher’s memory was wiped out of how it went and only traces remain.

The great conflict in this thread comes from who the supe turns out to be (and beware, spoilers ahead here). The “terrorist” in question is none other than Kimiko’s brother, who she tried hinting at earlier only for Frenchie to fail to get it. Kimoko’s brother is fighting with the terrorist organization Shining Light who promises to bring the superhero gang down. From his one-on-one with her sister, I gather these “heroes” burned their villages, leaving children to die under crumbling roofs. It’s a classic, twisted conflict where the fugitives are the real heroes with the system being the true enemy – think Morpheus branded as the terrorist in The Matrix for freeing poeple.

That conflict is further layered in the fact that brother-sister are both supes. Despite being on opposite sides of the law, Kimiko’s love for her sibling is bound to prevent the boys from straight up handing him over to the CIA. Then again, Butcher reveals that his wife is alive and has a desperation emanating from him to reunite with her. He’s now a man willing to stoop at any lengths to get to his wife, even if it means threatening to kill Hughie if the lad interferes with his mission. Karl Urban displays a delicious palette of emotions ranging from anger, frustration and the swaggering smirk that he so effortlessly carries. Butcher’s back in the game boys.

The second thread involves Maeve getting an emergency call and having to visit her partner Elena. The two dated last season and Maeve is concerned about Elena’s medical condition, but more so for what will happen if an insecure Homelander found out about their relationship. It’s a big moment for her to reveal Homelander’s true nature and the atrocities he’s inflicted to Elena and I have a feeling it’s not going to go down well for her. Dominique McElligott does a vastly underrated job of selling her concern for Elena in that short scene. The mask is off and we’re seeing the woman underneath the Queen Maeve persona that’s been so hyped to the public in order to maintain Vought’s image.

Speaking of keeping up appearances, both Starlight and Stormfront are visibly exhausted maintaining their pretense act for TRPs. Only Stormfront truly has the guts to call the BS off which seems to impress Starlight quite a lot. She has her own battles to fight though as A-Train is back from his coma. While that was quite sudden and unexpected, the conflict between the two deepens given that A-Train is now fully aware of Starlight’s betrayal. Their back-and-forth plays out nicely and while it’s different in nature from their conflict in the comics, the spirit of their enemity is preserved.

In the third subplot that remains mostly disconnected from the overall proceedings, Deep is undergoing therapy and speaks to his “gills” or the creature-like mouths part of his abdomen, if I were to put it quite literally. Taking the “inner voice” to a whole new level, he talks to himself and gets the solace that he’s some form of tormented soul, deliberately looking to humiliate and body-shame females before they get a real look at his monstrous appearance and laugh it off. He has serious insecurity issues and whether this is going to be enough to march him off to a path of redemption given the sickly stuff he pulled off earlier in Season 1 would be interesting to see.

Finally, Homelander continues to be the show’s star and his attempts to bond with his son Ryan elicit some awkward moments. Ryan is clearly freaked out by Homelander’s speeches who, for the most part, talks like he’s in his own zone. In a devilish, pseudo-sympathetic speech, Homelander talks about the challenges of growing up alone with god-like powers. The beauty about Antony Starr’s performance in this scene is that it plays out both ways – you can see both the sincerity and the pretense in his make-believe story. He constantly tries to bring out the superhero in his son but Ryan is more than content to live his normal life.

This will likely be the show’s running mystery – what’s the deal between Becca and Homelander and why is she trapped with him while Butcher has to rescue his wife. That, and whose son Ryan really is. Showrunners Erik Kripke and Seth Rogen are playing their cards close to their chest with this secret and it looks like it may be a while before we fully figure out how things ended up this way. Regardless, Starr as Homelander is sheer dynamite on screen and the build-up to an inevitable confrontation between him and Stormfront is perhaps the show’s MVP at this point.

The Boys thus sets up some potentially complex conflicts between its sets of characters. Will Kimiko agree to let her brother be turned in to the CIA to save Butcher’s wife? Will Homelander be able to win his son’s affection? Will Maeve be able to protect Elena from Homelander? Will Starlight reveal the existence of Compound V that threatens to ruin the religious enigma and reputation surrounding every superhero? These are fascinating threads to explore in upcoming episodes and I’m glad The Boys is focusing more on the drama around its characters instead of relying on sheer spectacle. Speaking of which, there’s an out-of-the-blue destruction sequence that you may not see coming and won’t certainly want to miss.