The heroes protect their loved ones as Daredevil suits up

The heroes protect their loved ones as Daredevil suits up

Take shelter continues the fight teased towards the end of the previous episode in a rather interesting manner. Instead of showing the expected i.e. the five taking on Elektra in the restaurant, we get something unexpected i.e. members of The Hand assembling around the restaurant as the fight progresses on screen. As they drop into the restaurant, the scope of the fight expands while Matt and Elektra take things outside.

One of the issues this episode primarily revolves around is Elektra’s identity. As we saw in the hallway fight sequence, Elektra hesitated to kill Matt Murdock even when she had the chance. Clearly a part of her remembers things from her past life. As she begins recollecting remnants here and there, she starts failing in her mission as The Black Sky, alarming Alexandra and other members of The Hand.

The members themselves are caught in a bit of an odd conundrum. It’s worth mentioning at this point that Bakuto is back after being presumed dead or gone for good during Iron Fist. Despite being ordered to go for the Fist, he goes after Colleen instead, pleading with her to join him in his maddening mission. The writers dodge around Bakuto’s true intentions and whether he really means good this time as he mentioned to Colleen or whether this is again one of his ploys to attack those closest to the Iron Fist to lure him in as he reveals to The Hand.

As for The Hand, they find themselves in a boardroom spat of sorts. If The Hand is an organization, the five fingers are its board of directors with one of them, Alexandra, being the CEO. The board has now begun to question the CEO’s decisions and consequently her ability to lead and has been pushing for a change in leadership, even threatening to formulate their own plans to run the organization keeping the CEO out of the loop It seems eerily familiar to a scenario that has played many-a-times in tech, from Apple / Steve Jobs to more recently Uber / Travis Kalanick. Needless to say, Alexandra is worried.

Their motivations are also now more evident as they intend to return back to K’un-Lun, which is something only Iron Fist can help them with seeing as he trained there. What’s slightly confusing though is how they could return even with the help of the Fist since the ancient city was gone at the end of Iron Fist. Is this something the members of The Hand are oblivious to? On the other hand (no pun intended), Alexandra seems to want immortality over a homecoming and has bet the last of her resources on resurrecting The Black Sky. While I may be completely off here, I’m starting to think the earthquake is part of an exercise where The Hand digs up cities to uncover some substance from the earth’s core that can be used in bringing people back from the dead. If true this would completely line-up with all the disparate plot elements the show has thrown at us and would make perfect sense for The Hand to want to destroy New York City.

The other pertinent issue the show tackles is getting the loved ones of our heroes to safety, which is where it gets its title from. We thus see Luke Cage get Claire Temple to where Misty is stationed, but not before also bringing in Rand along with an injured Colleen Wing, bruised in her brief fight with her Sensei Bakuto. Jessica Jones similarly escorts Trish midway through a meeting and Daredevil turns to Karen Page requesting that she come with him to their safe hideout.

Speaking of Daredevil, the Devil of Hell’s Kitchen is officially back, suiting up as such. His suiting brings up an interesting plot element unexplored in the show so far. While as viewers we may know Daredevil to be a blind self-trained fighter, turns out he’s a much more credible threat for The Hand thanks in large part to his relationship with Elektra Natchios. His threat is also visible to his teammates who, despite their much stronger powers, cower over Matt’s torturing of Sowambe. They’re beginning to suspect what Matt thought – that Elektra retains part of her previous consciousness.and could perhaps be redeemed completely. This causes a schism within the Hand leading to internal conflict.

The parallels drawn between the protagonist and antagonist teams are interesting. Both are dysfunctional teams in their own right and both seem to have trust issues with their anointed leaders. Where members of The Hand question her decisions and start having doubts about Alexandra, so too do Fist, Cage and Jones start doubting and questioning all that Daredevil hid about Elektra from them. There are trust issues on both sides with the leaders and it’ll be interesting to see how this affects the team dynamics going forward. 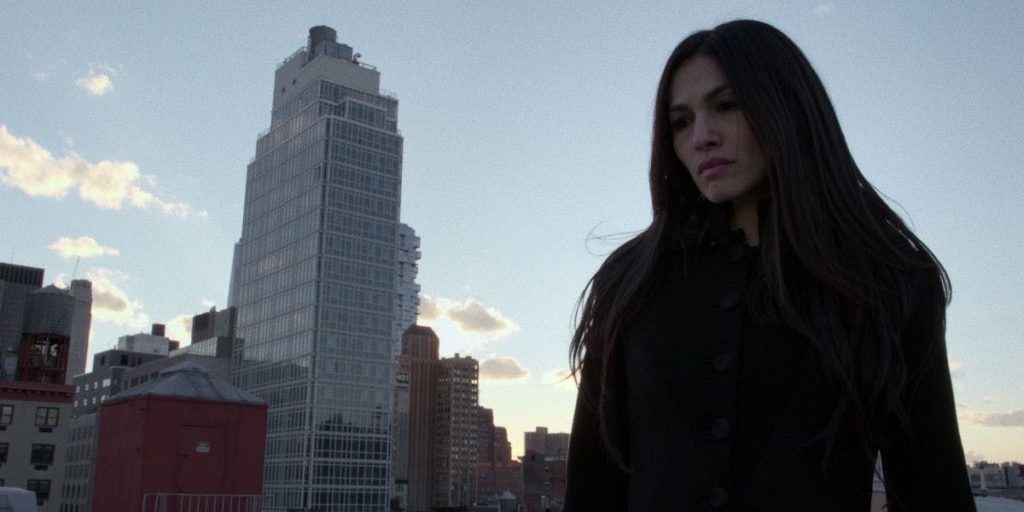 The show itself is finally in full gear now with most of the cast in one place as well. And we finally do get a Misty Knight – Colleen Wing interaction testing the chemistry of the Daughters of the Dragon. The odd pairings are rather interesting, for instance seeing Trish Walker and Malcolm from Jessica Jones talk about Karen Page and Foggy Nelson from Daredevil. The show admittedly also hasn’t forgotten about its supporting characters with Colleen Wing getting an especially vulnerable moment. The quieter moments are prevalent also in how the show chooses to end with Elektra returning to Matt’s bed and cocooning herself to sleep. Good solid stuff from The Defenders in its fifth episode.