The TV series will premiere in Disney+ sometime next year. 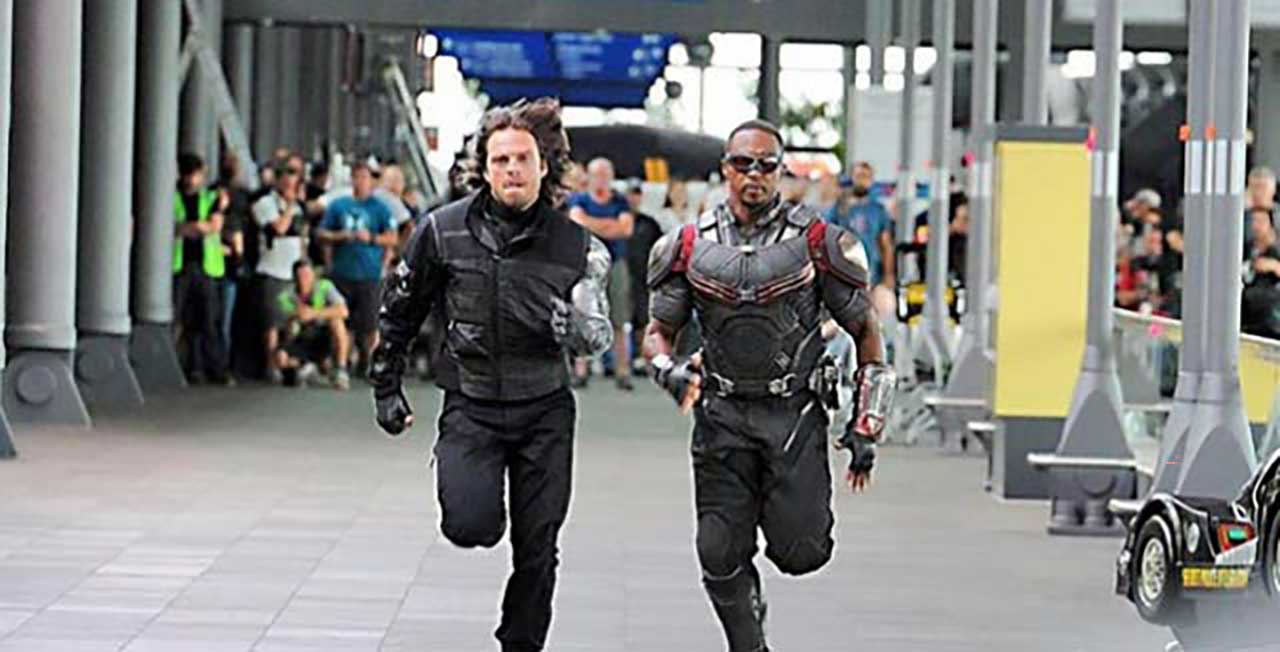 Marvel Studios’ first Disney+ show has gone into production. Anthony Mackie confirmed via a Twitter post that The Falcon And The Winter Soldier has officially commenced production. He accompanied the post with our first set photo from the series, though it’s really just the character chairs of Sam Wilson (played by Anthony Mackie) and Bucky Barnes (played by Sebastian Stan).

Ever since it was officially announced at SDCC this year, we’ve come to know a few details about the show. Notably, it is set to feature Daniel Bruhl as Baron Zemo and Emily Van Camp as Sharon Carter, both of which were confirmed to return from Captain America: Civil War. Rumors also have it that the storyline will center on a viral threat of sorts, with Wilson and Barnes teaming up to stop the said threat. This could either be a brand new incident, or the Madbomb storyline from the comics which was one said to be the original plan for Civil War.

It’s interesting that the show’s title has “Winter Soldier”, yet the chair bears the “Bucky Barnes” name. This could either imply that they chose to use Winter Soldier in the title simply because it’s a more recognizable or marketable name (sells a lot more than The Adventures of Sam Wilson and Bucky Barnes) or Sebastian Stan might actually portray both identities in the show. Meaning, if his brainwashing wasn’t fully erased, we could see Bruhl somehow reactivate the Winter Soldier from within Bucky Barnes.

Hopefully, if Marvel Studios shoots outdoors, we should have a few more set photos from The Falcon And The Winter Soldier in the upcoming days. The show is set to premiere in August 2020 on Disney+, Disney’s new streaming service which it self launches this month, on November 12. It will also be the first Marvel Cinematic Universe to premiere on the service.