The Matrix reboots next year. 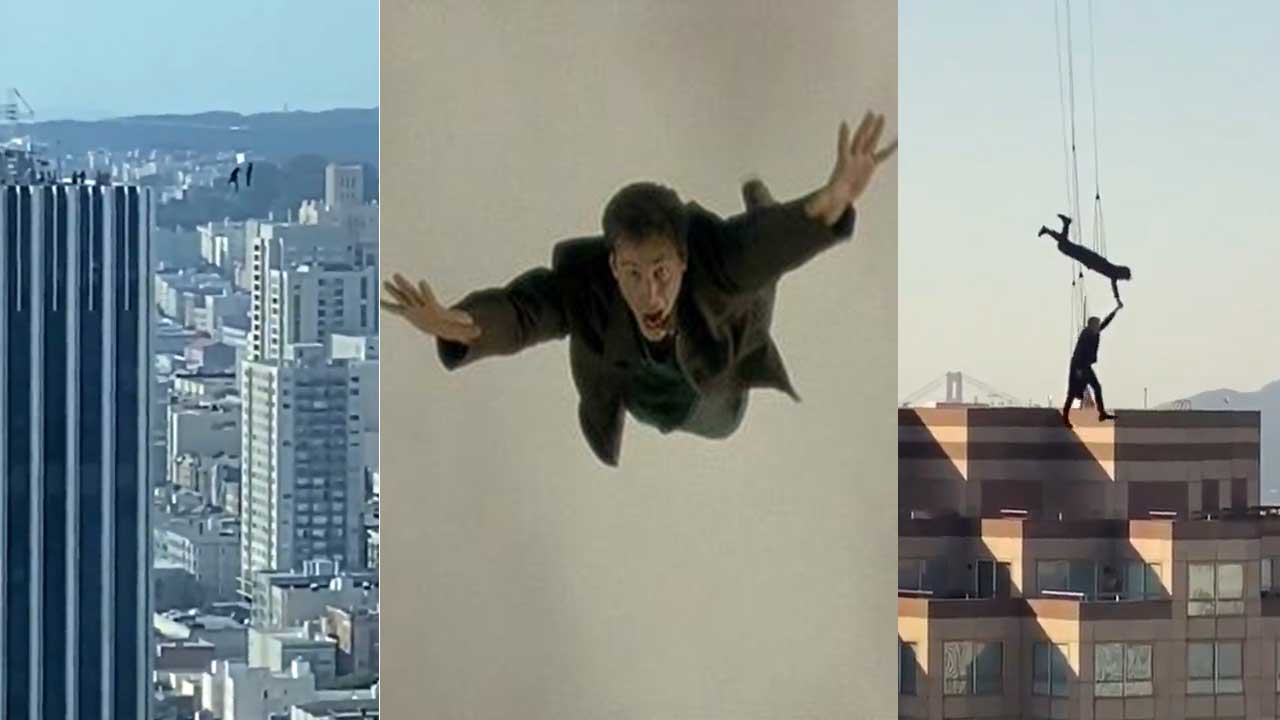 The Matrix 4 began filming a few days back and thanks to its on-location filming, set photos and videos from the shoot are finding their way online. In the last 24 hours, a batch of images and set videos have been filmed by eagle-eyed fans catching the filming going on in the San Francisco area. Most of the stuff being shot is for action sequences and some of it is surely crazy and mind-bending, as we’d expect The Matrix to be.

To get a sense of what I’m talking about, check out these videos of two stuntmen flying around in wires and leaping from skyscrapers that look simultaneously cool and crazy.

The scene in question has strong echoes of Keanu Reeves’ Thomas Anderson a.k.a. Neo jumping off a skyscraper in The Matrix when Morpheus asks him to take a leap of faith during his training. There are also remnants of the final helicopter sequence where Neo saves Morpheus and participates in a lot of airborne stunts. Whether that’s Neo and Trinity taking the leap in these stunts or someone else is unclear from this distance.

There’s more on set footage that has made its way online. It doesn’t give clear views of Keanu Reeves on set, although we do see glimpses of him on a motorcycle from a distance. For some reason, I’m unsure if this is really The Matrix 4 filming or if this is from Lionsgate’s John Wick: Chapter 4. Keanu appears to have a bearded look more in line with his John Wick style than the clean shaven look.

There are a lot more videos and photos circulating online but they’re essentially variations and reposts of these few unique shots. Suffice to say, The Matrix 4 is filming which means we can expect a lot more such images to surface in the next few days.

The Matrix 4 is being directed by Lana Wachowski from a script she co-wrote with Aleksander Hemon and David Mitchell. It stars Yahya-Abdul Mateen II with recurring players Keanu Reeves and Carrie-Anne Moss. It is set for release on May 21, 2021.