How Tom Cruise Leaped From 25000 Feet To Halo Jump In Mission Impossible: Fallout 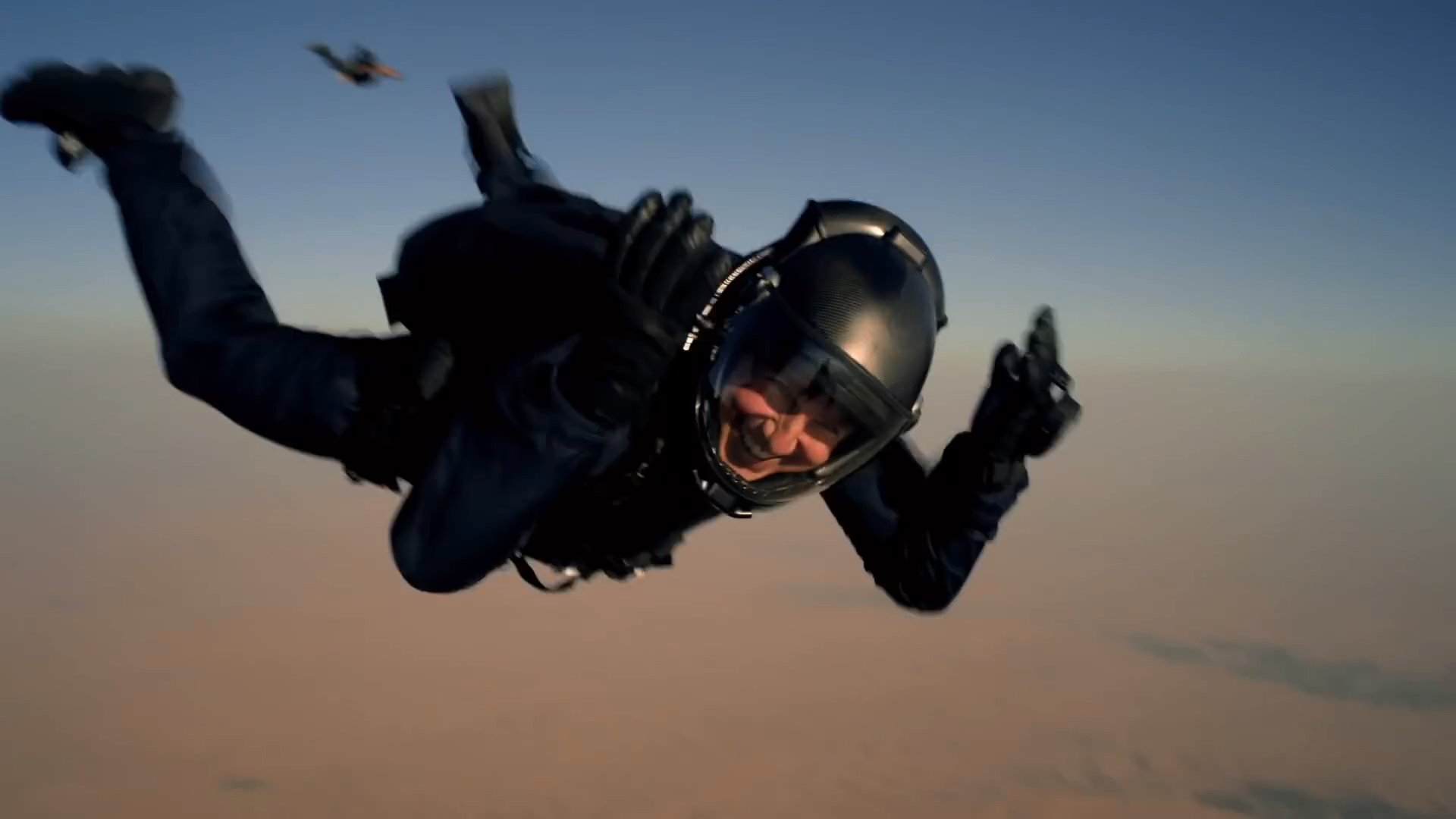 Yesterday, Tom Cruise shared an image on Instagram captioned Halo Jump, hinting at the exciting action sequence he performed in the movie. Today, Cruise shared an extended featurette highlighting how the scene was planned and shot. Similar to the behind the scenes look released for the Helicopter Chase sequence, this one lays out the risks and dangers involved when a star like Tom Cruise performs a Halo Jump from 25,000 feet up in the sky, by himself. Have a look at the video below.

The featurette explains how the filmmaking crew executed close to a 100 jumps to get the shot right. They practiced with 5 jumps a day but when it came to shooting the real thing, they needed to shoot close to sunset to capture the nighttime environment when the scene is set. Oxygen deprivation was one of the major issues the team had the grapple with and understandable, one wrong movie or inadvertent airborne collision could’ve been the end for the film’s lead star. Of course being the professional stunt crew that they are, the necessary precautions would’ve been taken but one still can’t help but laud Cruise’s efforts in going the extra mile to give fans a visceral experience. And an experience they should get when the stunt appears as authentic as possible in theaters.

It’s important to note that the team practiced for hours on end, on an apparatus simulating floating mid-air, followed by practice jumps before canning the shot. It’s also highly likely some CGI was involved in the resulting sequence to fine-tune certain aspects. After all, from the snapshot that Cruise shared, it appeared Cavill was part of the sequence as well even though he’s nowhere to be seen throughout the video. Cruise has been trying hard to sell the reality of the stunts in this movie since in the current era of CGI-laden blockbusters and digital doubles where virtually any stunt is within the realm of possibility, it is only Cruise’s insistence upon doing his own stunts that sets the Mission: Impossible series apart from other movies. The production crew would be trying hard to maintain that illusion, which explains the care with which these videos are drafted and edited.

Are you impressed by Cruise’s 25,000 feet leap from the sky? And does this make you more excited for the movie? Let us know your thoughts in the comments below.