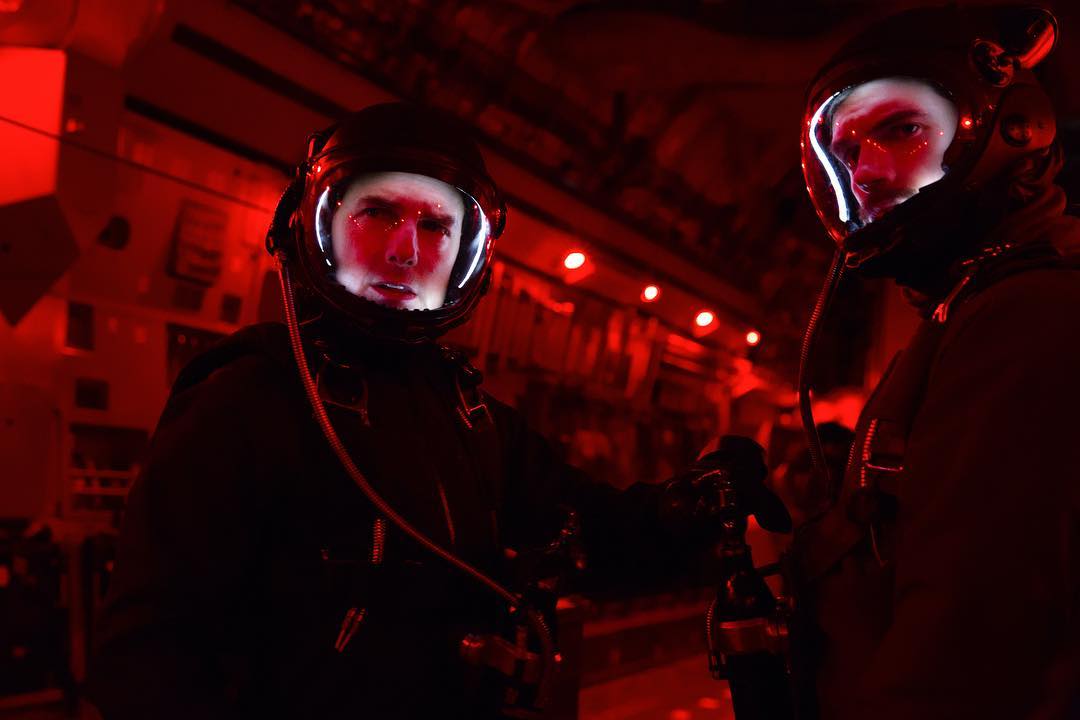 Tom Cruise has become quite active on Instagram off late. He’s been using the platform effectively to make some important announcements, whether it’s the arrival of his movie’s trailer or the fact that he began shooting for the sequel to one of his oldest hits Top Gun. Just moments ago, he shared an image on Instagram with the caption Halo Jump signifying an exciting action sequence that will be a part of the movie. From the image, it looks like Henry Cavill will join him in the said stunt. Check out his post below:

At this point, we’re uncertain if an extended look at the said scene is coming. Cruise is known for doing his stunts himself, so Paramount would want to use that to their advantage while marketing Mission: Impossible – Fallout. The sixth entry in the Mission: Impossible franchise sees Ethan Hunt and his Impossible Missions Force on the radar of a CIA Agent played by Henry Cavill for a botched up operation involving nuclear weapons. Cruise has been using Instagram to make every post count; literally every single post he’s shared has contained info pertaining to his upcoming movies. Let’s see if something more about this Halo Jump arrives.

Mission: Impossible – Fallout is set for release on July 27, 2018 at the tail end of the summer season.