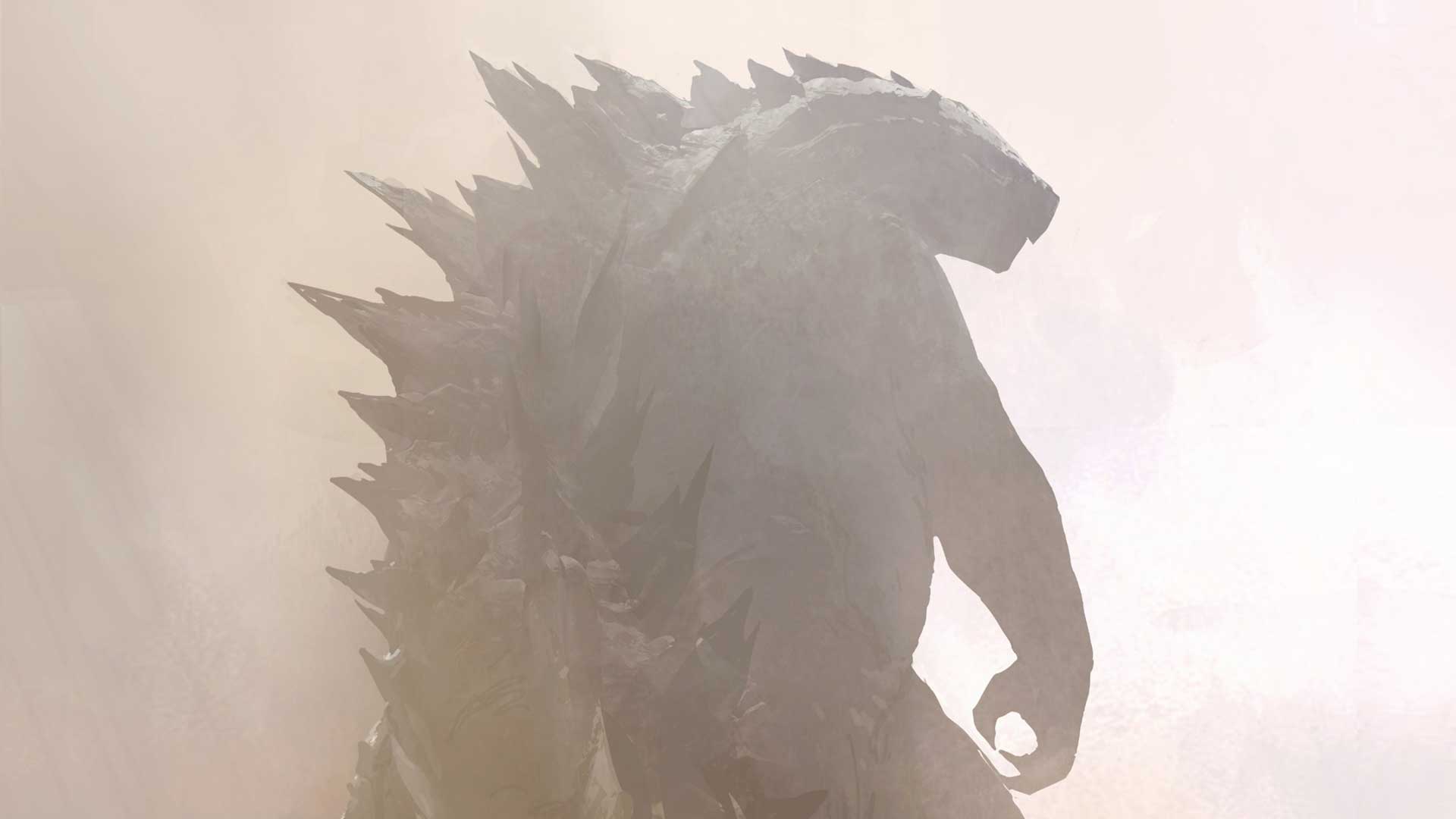 Gareth Edwards recently participated in a Quarantine Watch Party for the MonsterVerse starting with his 2014 Godzilla. Among the many bits of trivia revealed during the watch, perhaps the most interesting was a slew of unseen concept art that Legendary shared during the movie. The concept art shows unique and early looks at sequences that were present in the movie as well as some that couldn’t make the cut.

The concept art shown includes looks at Godzilla’s rampages in San Francisco as well as some fresh looks at the MUTOs seen in the film. There are also a few pieces at the incredible Honolulu Airport battle sequence. Finally, we culminate the slideshow with some looks at the quarantined zones resulting from the mighty titan’s stomping and radiation. The images are eerily familiar in the wake of the coronavirus outbreak. 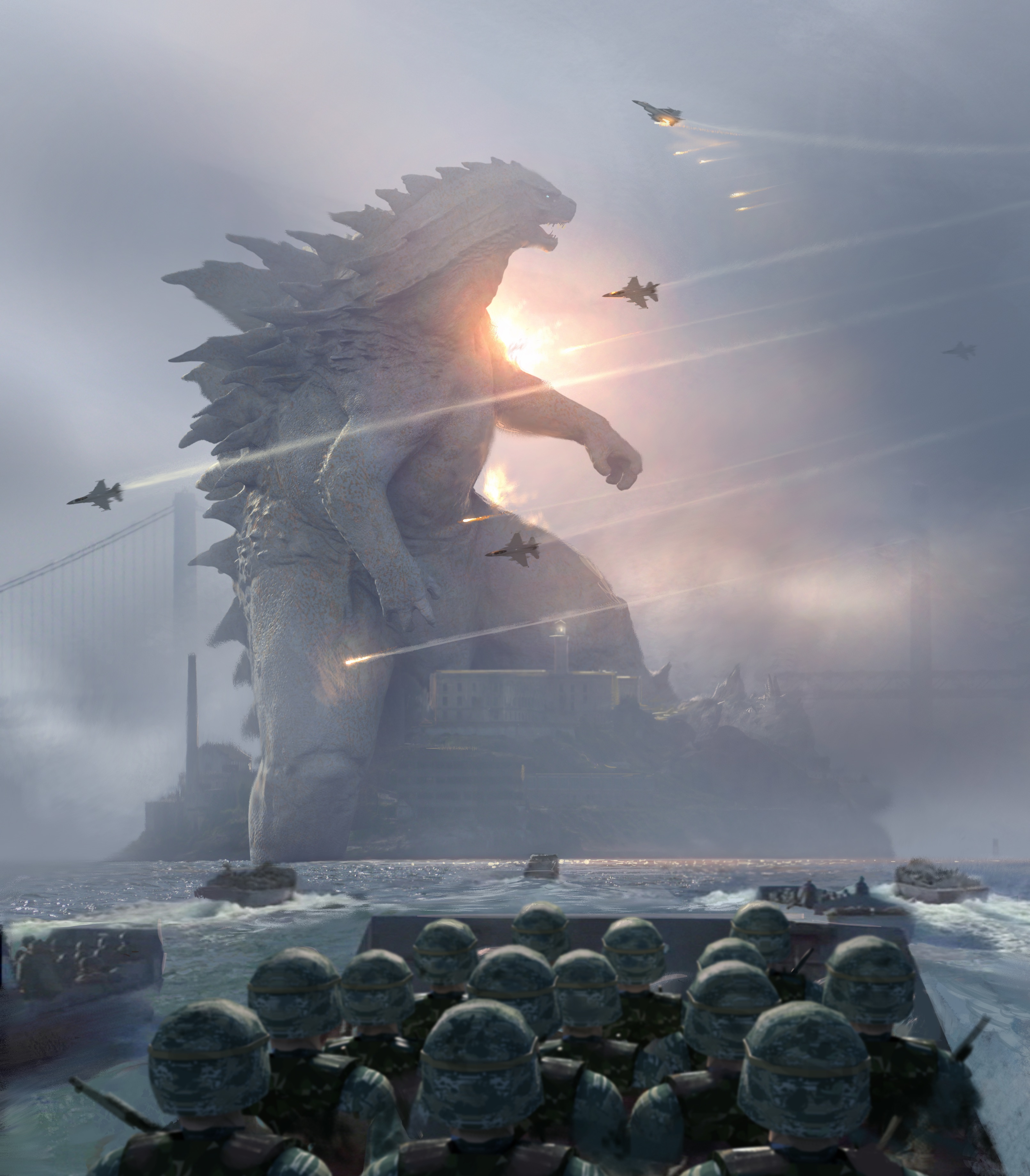 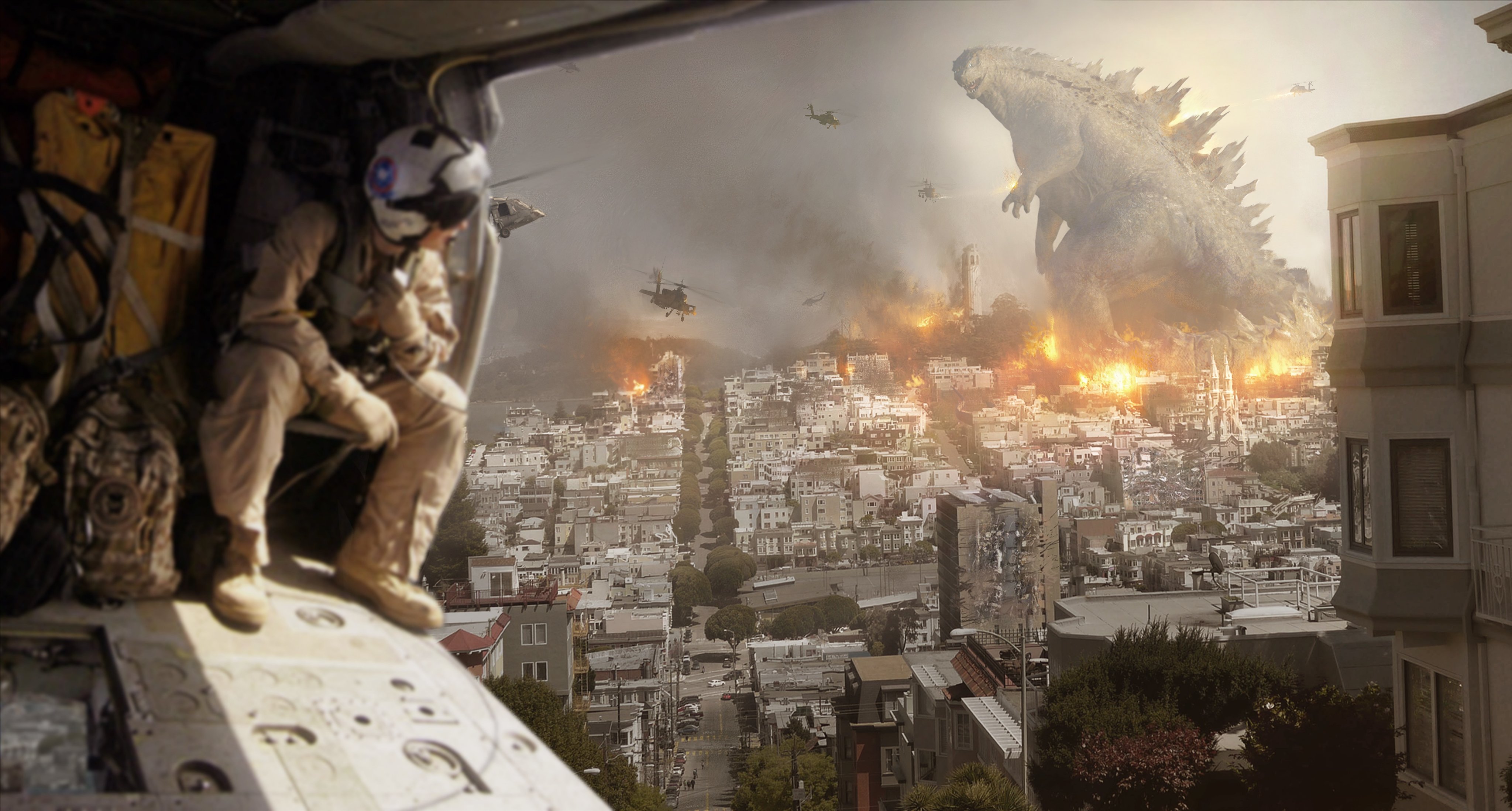 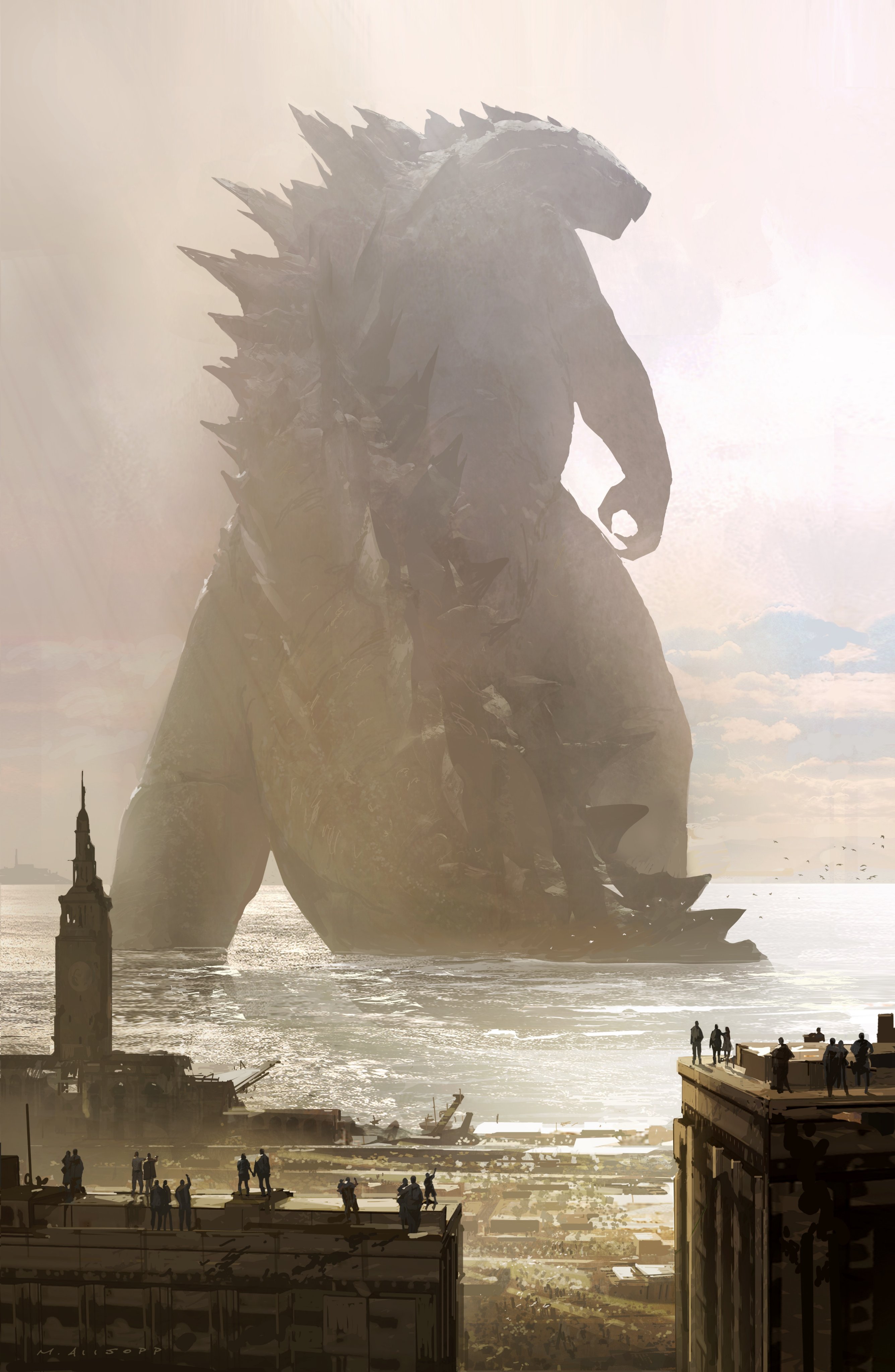 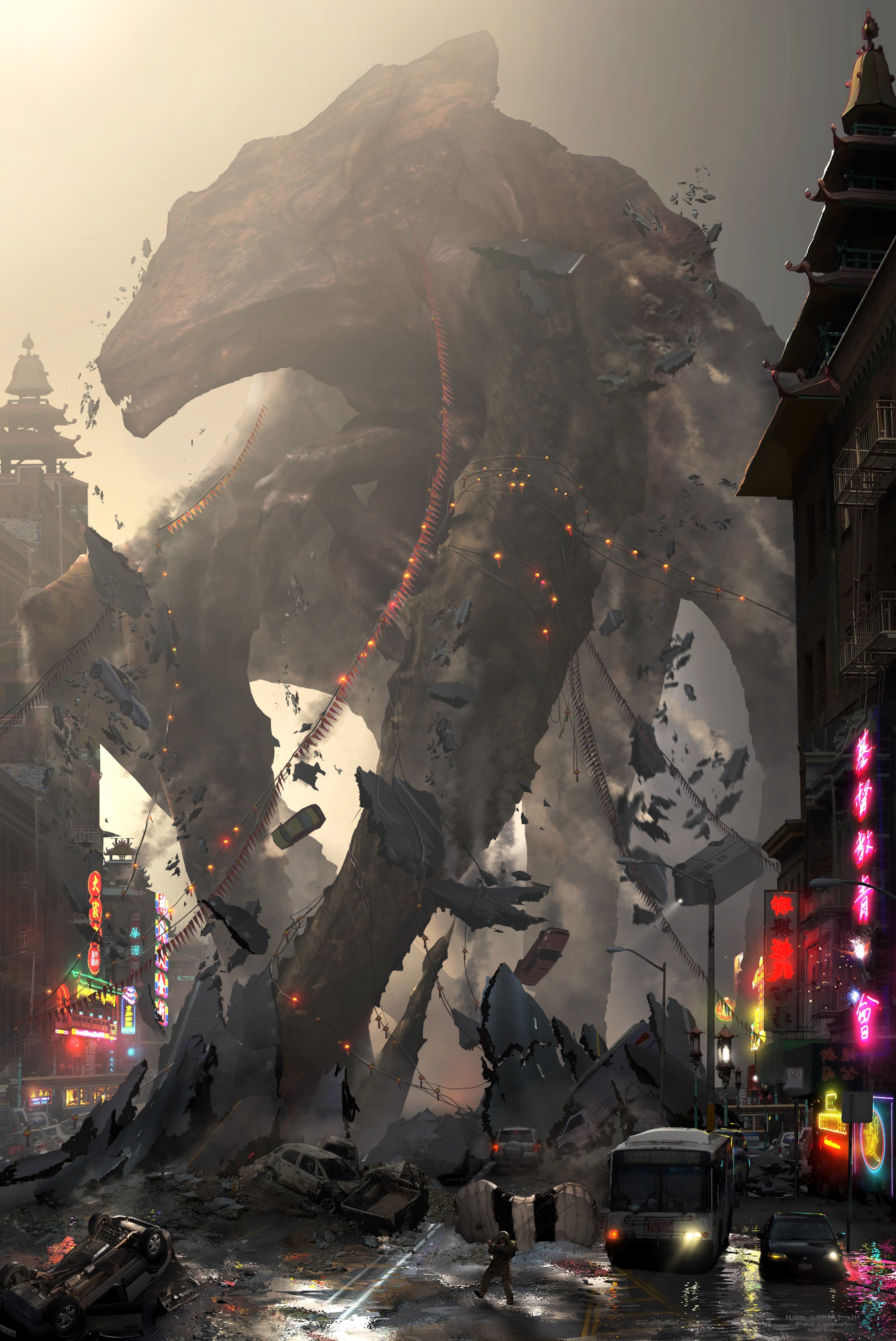 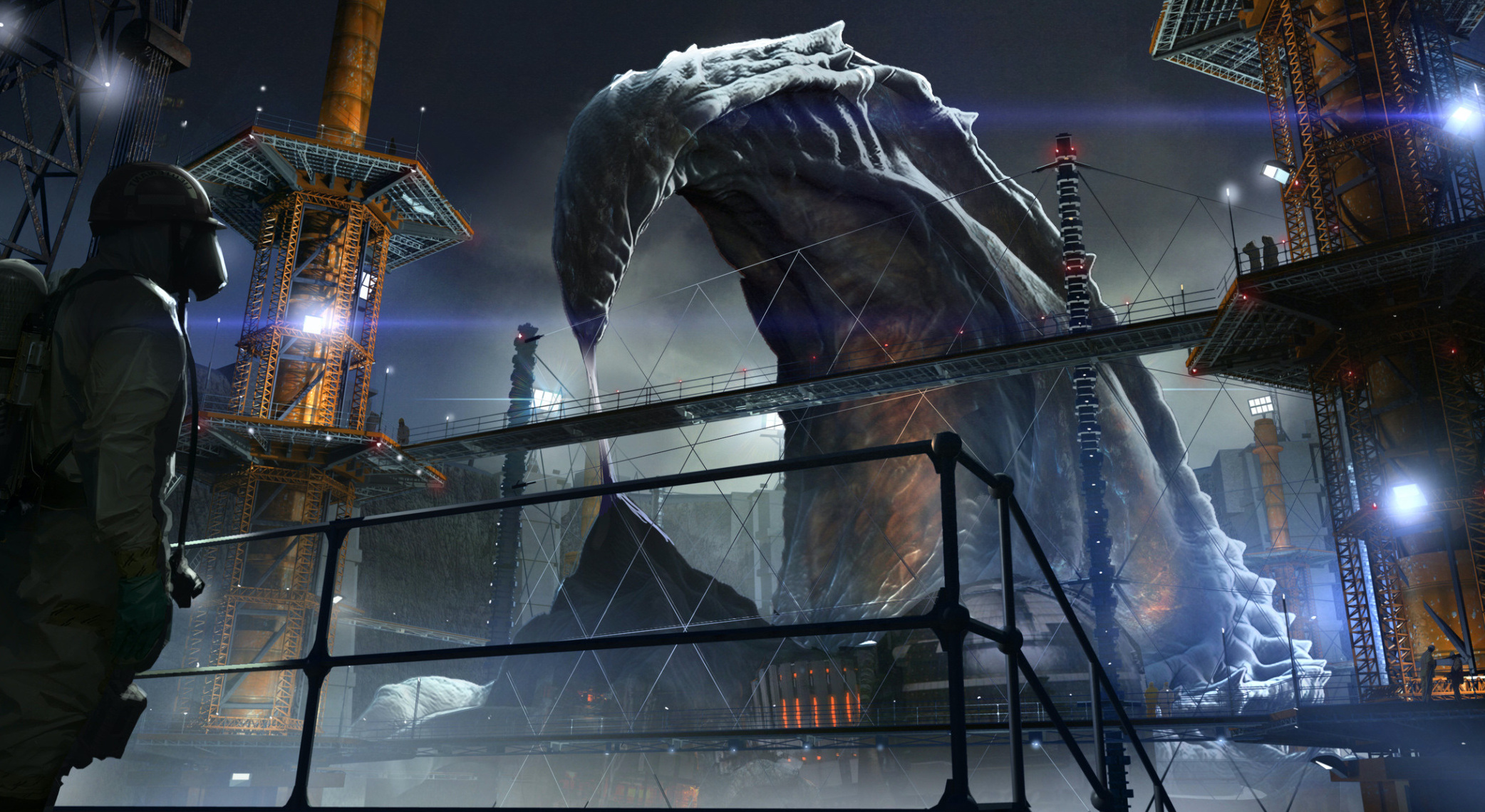 Godzilla’s films have enjoyed a mixed reception among critics. But say what you will about them, there’s no denying the films look incredible and have some stunning artwork that makes for some terrific visuals. I’d argue in many cases, the concept art often looks better and scarier than the final image that ended up on film. That isn’t to demean Edwards’ adaptation; it’s just restating the power that these images have and the strong imagery they spark.

Critique aside, this is a good way to bide time until we begin getting some solid marketing material for Godzilla Vs Kong. Warner Bros. would’ve loved to make a big show at this year’s San Diego Comic Con had it not been cancelled due to the coronavirus. The frenetic pace with which events are being dropped and releases rescheduled makes me wonder if Warner Bros. will indeed stick to the November 2020 release date for Godzilla Vs Kong.

Next up, we’ll have an assortment of concept art from the next MonsterVerse film so stay tuned for that.