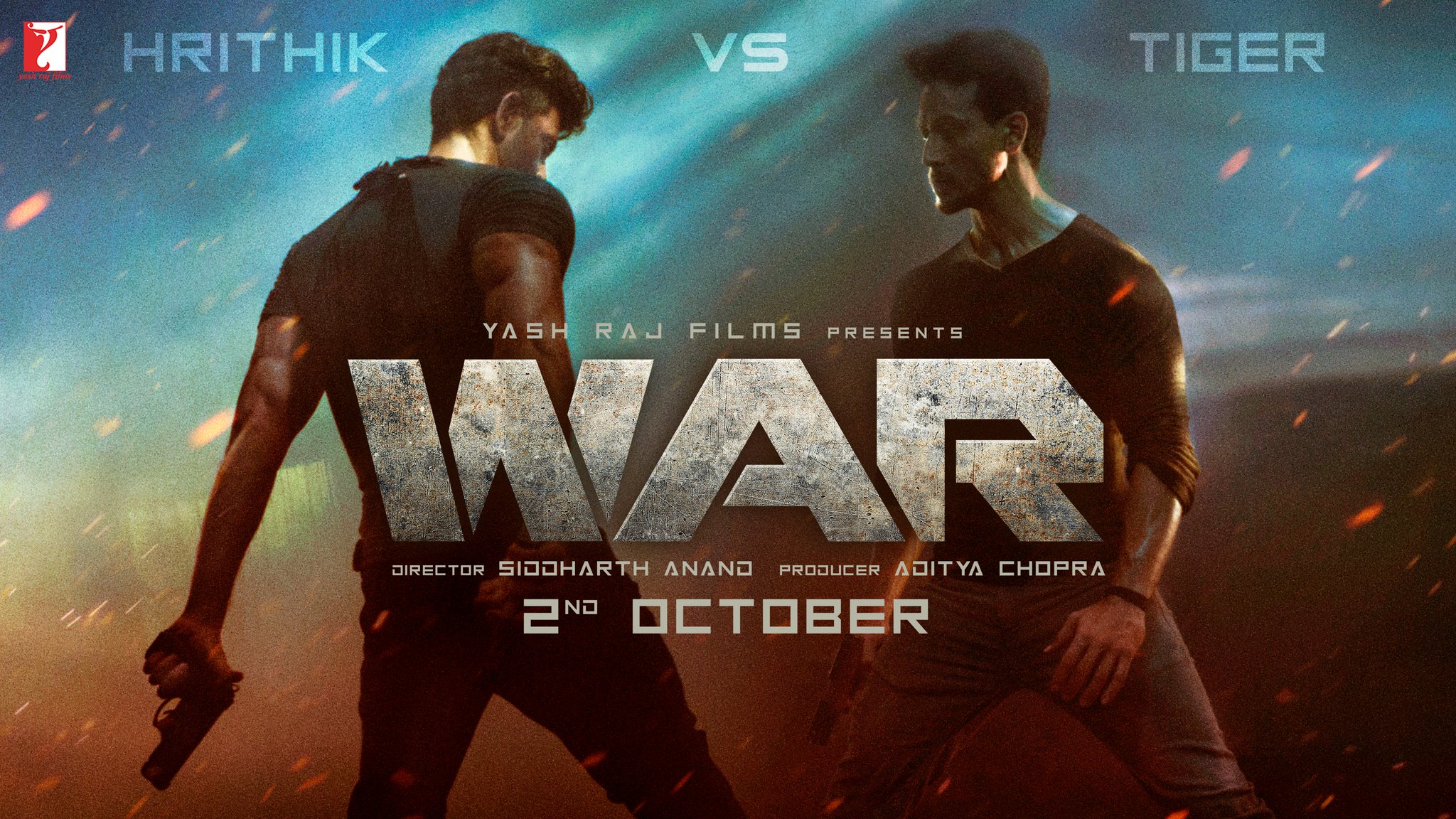 The first teaser trailer for Hrithik Roshan and Tiger Shroff’s War premiered today to a highly enthusiastic response. To give you some more of the film, we’ve compiled a list of War movie stills from the recently released teaser trailer. Below, you’ll find over 50 War movie stills from the trailer covering all possible action sequences that you can admire and stare at. Some could even make for high-octane wallpapers.

The trailer has been doing amazingly well and has raked in 9 million views on YRF’s YouTube channel alone. I’m unsure if Yash Raj will release viewing statistics across social media platforms as is normally done in the west but if so, I expect it to break some records in the process. War was also trending heavily on Twitter with hashtags such as #HrithikVsTiger spreading like wildfire. Director Siddharth Anand intended for the film to be a step forward for Bollywood action movies and the trailer doesn’t disappoint on that front at all.

Producer Aditya Chopra went the same route that Marvel followed with its highly anticipated Avengers: Endgame. Wanting to preserve the surprise, YRF did a cold drop of the trailer without any heavy pre-promotion. This caught many viewers off-guard (myself included) and added an air of freshness around the launch in an industry that likes to hype up trailers with teasers which get their own teasers. A poster was also released to accompany the trailer launch and is shared below in high quality.

War stars Hrithik Roshan and Tiger Shroff in a sort of a mentor-mentee role, though the details of that relationship are kept under wraps so don’t quote me on that yet. Directed by Siddharth Anand of Bang Bang fame, War has been shot in multiple locations around the world including Sweden, Italy and India. It is set for release on October 2, 2019, coinciding with the Gandhi Jayanti holiday to give it an extended weekend.