Westworld acquaints us with the leftover cast and branches off its sprawling storyline. 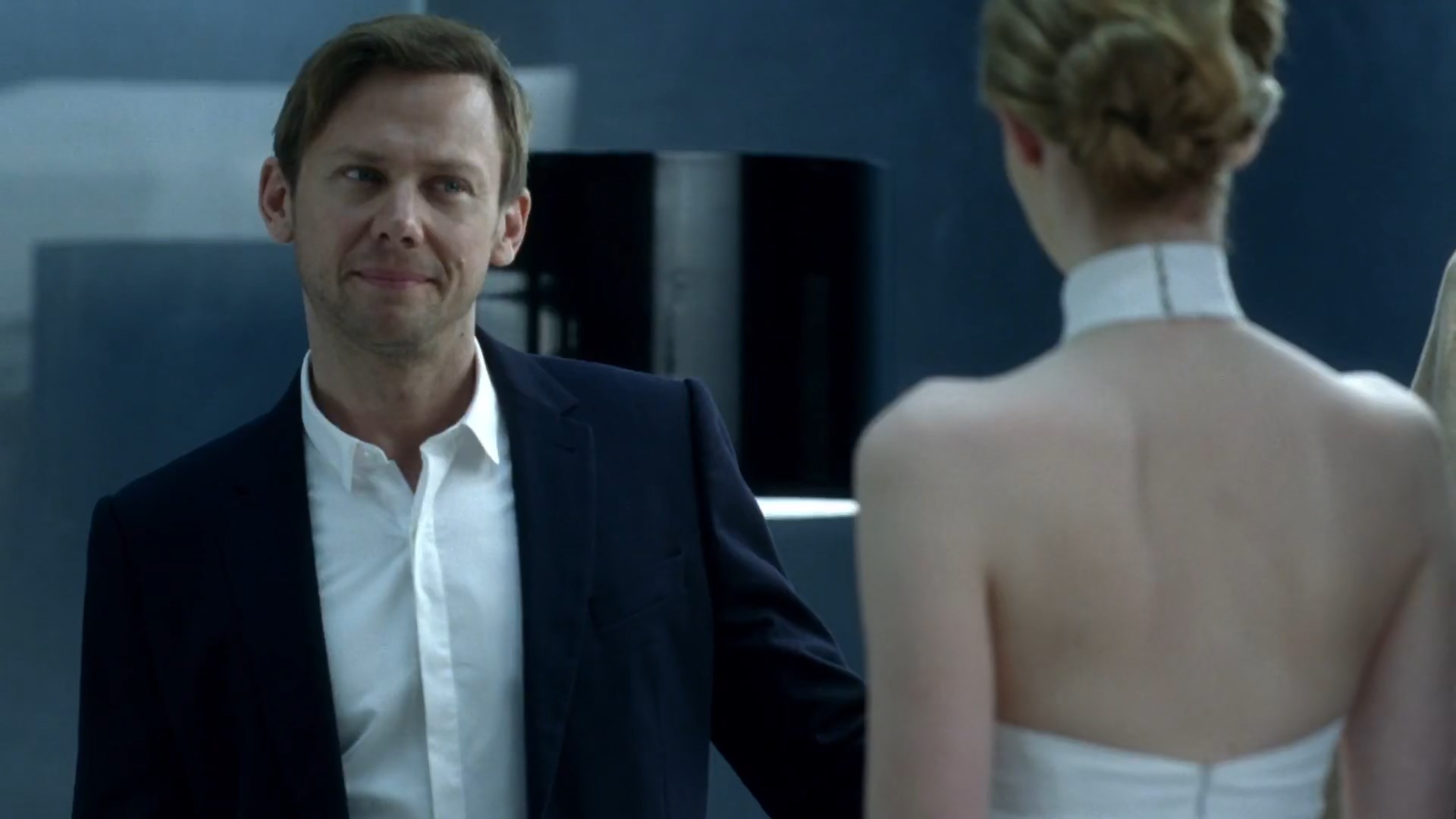 The season premiere of Westworld kept its focus limited to a certain set of cast members, leaving aside a few that ended up with minuscule roles. That changes in the second episode as we now focus a lot more on characters who were either delegated to the back seat, such as Thandie Newton’s Maeve or even Angela Sarafyan’s Clementine or newcomers such as Jimmi Simpson’s William or Ben Barnes’ Logan who never even made an appearance last episode. All as the storyline branches off in all directions, sending each character on their own personal quest.

We dived right into the mechanics of operating the park in Episode 1, giving us no perspective on how a newcomer feels like upon entering this artificial tapestry of well-orchestrated life. We get that in this episode as William and Logan arrive to the park to map out their fantasies, Logan more so than William. Sure we thought we had that perspective when, in a clever bit of misdirect, James Marsden’s Teddy’s narrative kicked off as though he were a real person but this is truly the first time we see the park from a human guest’s point of view. Of them, Logan is clear on the kind of person he is and the kind of “atrocities” he wishes to inflict upon the park’s hosts, visiting it for a while now. In contrast, William is new to the game and takes it as any introvert introduced to a new social situation would: he’s shy, reserved and plays it nice, even resisting from having sex with Talulah Riley’s inviting host or the prostitute Clementine.

At the other end, the Man in Black continues deeper into the park, determined to find the Maze drawn at the back of Kissy’s scalp. In the process, he rescues Lawrence from his execution in a typical western standoff replete with catchphrases and catchy dialogue and takes him to a town to draw out the hidden easter-egg, at the cost of fending off a town full of armed hosts and killing off his wife. It’s chilling to watch him mercilessly march toward his single-handed focus even though there’s something inherently deeper about his goal at play. In his madness, it’s equally heartbreaking to see Lawrence witness his family under threat, despite being knowingly aware that he’s a host. A line from one of the park operatives acknowledging his presence is particularly intriguing: “That gentleman gets whatever he wants”.

As the Man in Black has locked his gaze upon the Maze, Hopkins’ Ford further descends into the madness of his creation. His conversation with Jeffrey Wright’s Bernard about the “witchcraft” they’re pulling off is fascinating, especially the way he looks at Bernard given what lies ahead. His other powerful scene comes through an interaction with his 10-year old self, an android boy he has created in his image, as he wows the boy by weaving his hand like a magic wand controlling a snake. Witchcraft, as he describes it. His penchant for keeping things restrained and pushing boundaries leads him to weigh in on Lee Sizemore’s storyline for the first time in years with a flat-out rejection, offering to come up with something much more … sacred.

Thandie Newton’s Madame Maeve is really the centerpiece of the show, as she begins having “flashbacks” and “nightmares” about what was essentially one of her previous lives. These are triggered after a quote from Dolores passed on to her by her father that almost acts like a HYDRA brainwashing code word: “These violent delights have violent ends”. Anyone who’s doing a re-watch can clearly correlate this to the direction the plot is eventually headed in. Maeve’s dreams are what further push her to the human side, forcing her to be recalled and operated upon.

Things worsen as she awakens in the Westworld facility only to find her fellow hosts being slaughtered, like images straight out of the Holocaust but twisted as though to depict the androids as Jews. It’s powerful, impactful and will undoubtedly push Maeve over the edge after her nightmare where she and her daughter were attacked by the Red Indians in some sort of “Odyssey on Red River” faux narrative or, if Maeve’s mixed memories are to be believed, the Man in Black. The entire sequence was beautifully done, Djawadi’s violins serving as the sole score, entirely in slow motion with no dialogue whatsoever, fittingly serving as a visceral nightmare.

At this point, Westworld has introduced us to pretty much the entirety of its cast, though it’s going to be a challenge to keep juggling them so often. As a side-effect, Evan Rachel Wood’s Dolores is delegated to the backseat and gets a few pivotal moments that will play an important role later on. Bernard’s relationship with Theresa Cullen comes as a bit of a surprise, with even the duo questioning each other’s motives behind the affair. With the complete cast spread out over two episodes, writers Jonathan Nolan and Lisa Joy were able to lay out their principle intentions quite effectively.

It’s strange to even consider the possibility that this was supposed to be a part of a 2-hour pilot episode once upon a time. As a viewer, my head would’ve spun out with such a dense, extended pilot. This detail however implies that it has much of the same production values as the pilot this (as does the remainder of the show as I remember). Sets from the pilot are reused, with new ones rolled in and the cinematography continues to stun. And Ramin Djawadi’s moody piano scores deserve a separate piece on their own; suffice to say, they perfectly capture the inevitable gloom that awaits the park’s guests.

At the time the episode aired, a lot of things didn’t connect, particularly how William and Logan fit in the grand scheme of things. A second viewing is so much beneficial in that respect: the fact that the Westworld corporation logo is different around the time William and Logan arrive than it is now as seen during Lee Sizemore’s presentation, as well as statements about the park being in existence for over 30 years and Dolores being its older models available since its inception. Consider also, Bernard’s interrogation with Dolores with special attention on his demeanor and warmth, as well as Clementine’s kiss and how it sparks her revery.

In retrospect, the clues were right there in front of us. And yet, enthralled with the narratives, we didn’t really catch them the first time. But as Robert Ford explained to Sizemore, it’s not the garish, the obvious things that we come back and revisit the show for. It’s the smaller things, the nuances, the subtleties.