One of the scenes shows Wonder Woman in combat. 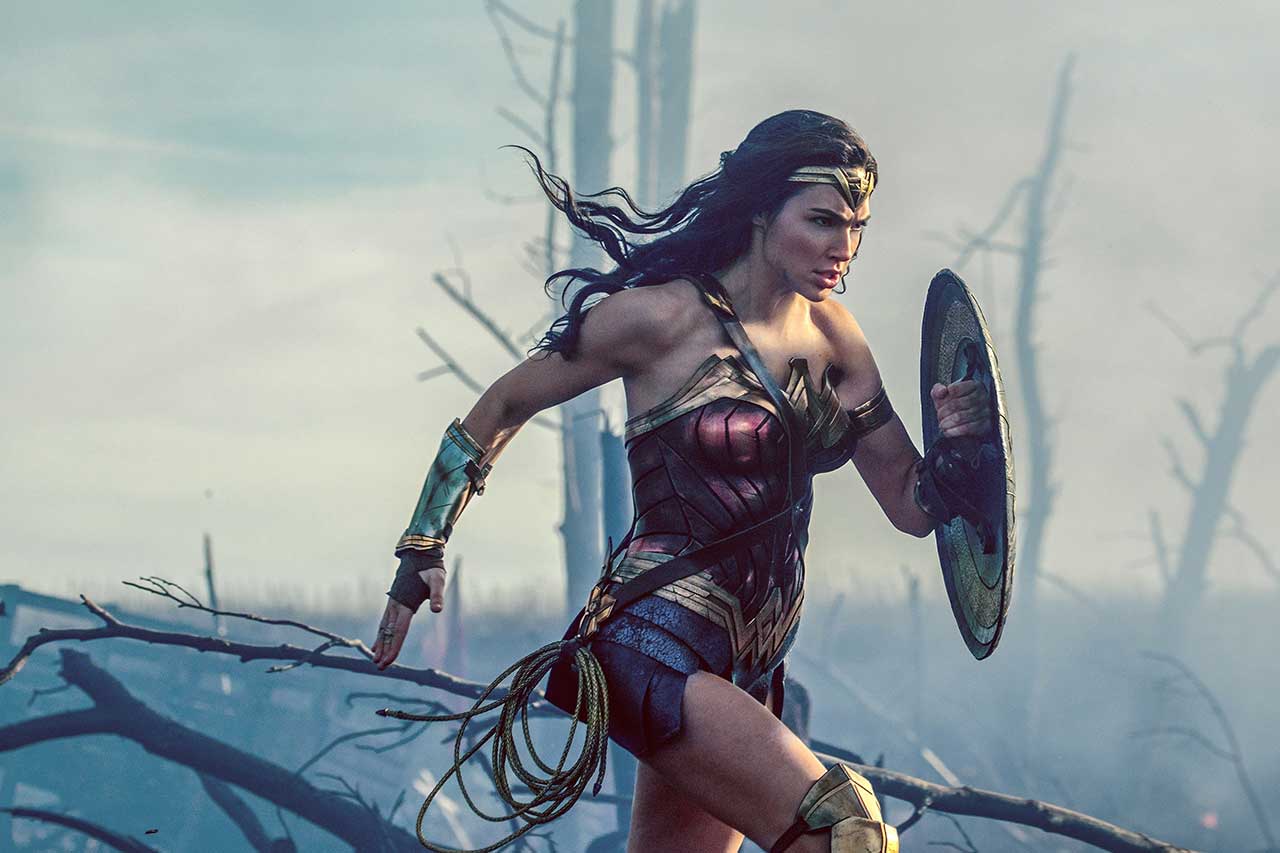 While our first Wonder Woman 1984 trailer could be coming next month, it appears Warner Bros. already has a lot of the pieces in place for it. Case in point? At their recent WarnerMedia presentation, Warner Bros. showed off some footage from the Wonder Woman sequel. IGN was present and able to whip out a brief footage description about the two short scenes that were shown, both set in Washington DC.

The first of these almost plays out like a dream sequence. We see Wonder Woman walking alongside Steve Trevor wearing a white, Greek Goddess like dress. She reaches out to Steve Trevor’s cheeks, unable to believe whether or not it’s a dream by mournfully uttering the words, “I can almost see it, like a beautiful dream”.

The next scene is more combat heavy and shows Wonder Woman and Steve Trevor caught in a gunfight in what looks like the inside of the White House. At one point, Gal Gadot’s Amazonian superhero protects Steve Trevor by unloading a gun fired at her and draws out her Lasso of Truth to pull enemies closer. Another shot in this sequence has her use the Lasso to either deflect or redirect lightning bolts, suggesting the possibility that she’s fighting a god-like creature. Zeus?

Between the reveal of Pedro Pascal playing Maxwell Lord, the casting of Kristen Wiig as Cheetah and a hint at the inclusion of Zeus, Wonder Woman 1984 is shaping up to be quite exciting. It appears that Jenkins has a lot of antagonists planned to give Wonder Woman a fair challenge and Gal Gadot would certainly be up for it. We’ll find out in a few months when the movie hits theaters worldwide.

Wonder Woman 1984 is set for release on June 5, 2020 and will be directed by Patty Jenkins. Gal Gadot, Chris Pine, Connie Nelson and Robin Wright are set to reprise their roles from 2017’s Wonder Woman and will be joined by Pedro Pascal and Kristen Wiig as the film’s main antagonists.