Popular YouTuber JerryRigEverything tests the OnePlus 6T to its limits 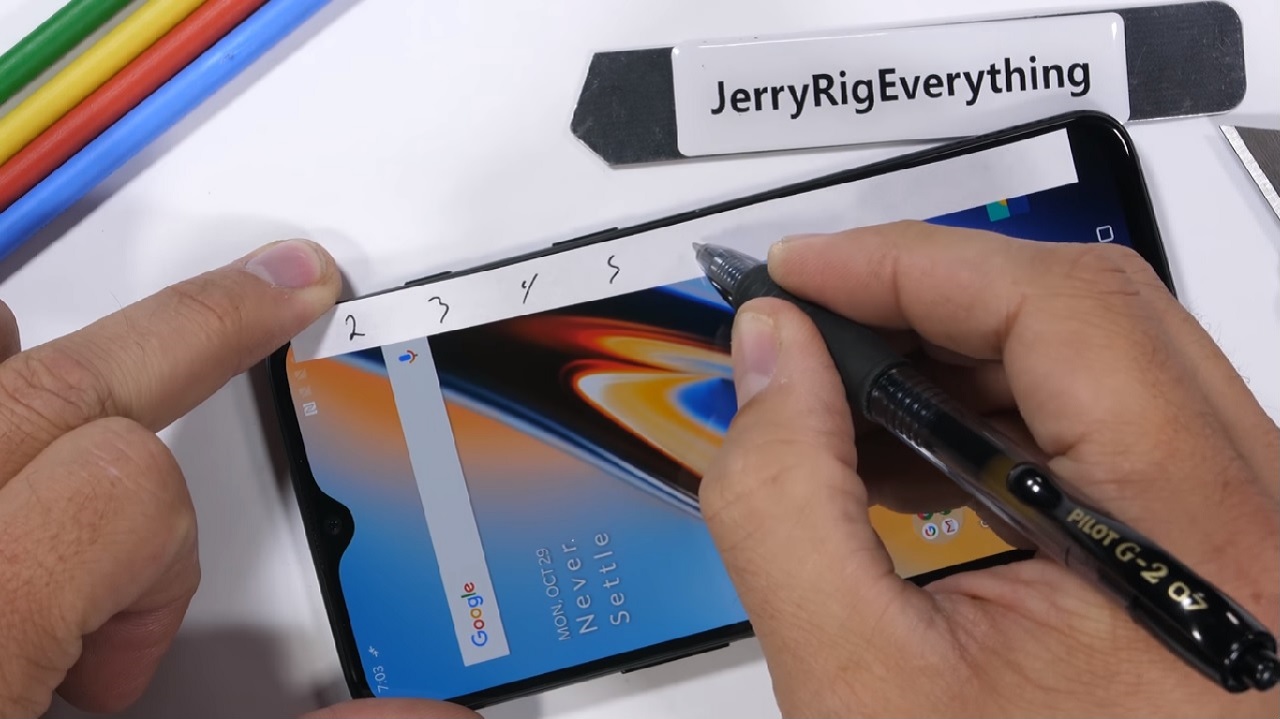 Now that was quick. Barely following the launch of the OnePlus 6T, the phone’s durability test video has surfaced online. The test conducted by popular YouTuber JerryRigEverything sees Jerry himself testing a brand new boxed OnePlus 6T to its limits, subjecting the phone to his brutal scratch, burn and bend tests. Watch the video yourself to find out what happens, although suffice to say, fans of OnePlus shall be very pleased.

The phone indeed comes out with flying colors. Its Corning Gorilla Glass 6 screen scratches at Jerry’s Level 6 and the AMOLED panel recovers quickly when subjected to a 30-second burn. And while the phone bends slightly in the bend test, it doesn’t crack, which is at par with behavior from other flagships. Jerry also scratches and damages several other areas of the phone and tests the in-display fingerprint sensor which performs snappily and accurately, in contrast to a similar reader that was found in vivo’s Nex S smartphone earlier this year.

The timing of the video though makes it abundantly clear that it’s a sponsored one, with Jerry himself naming the case provider DBrand as the sponsors. Jerry is unconditionally kinder towards the 6T, perhaps in part due to landing the phone early for a timely review, as opposed to some other phones which take a while to end up in Jerry’s hands. Let me know what you think about the test and the 6T’s durability in the comments below.

OnePlus announced the 6T in an event held in New York earlier today and the phone goes up for sale on November 1 in the US and India and November 6 in Europe. A second event is scheduled to take place tomorrow, on October 30 in New Delhi.