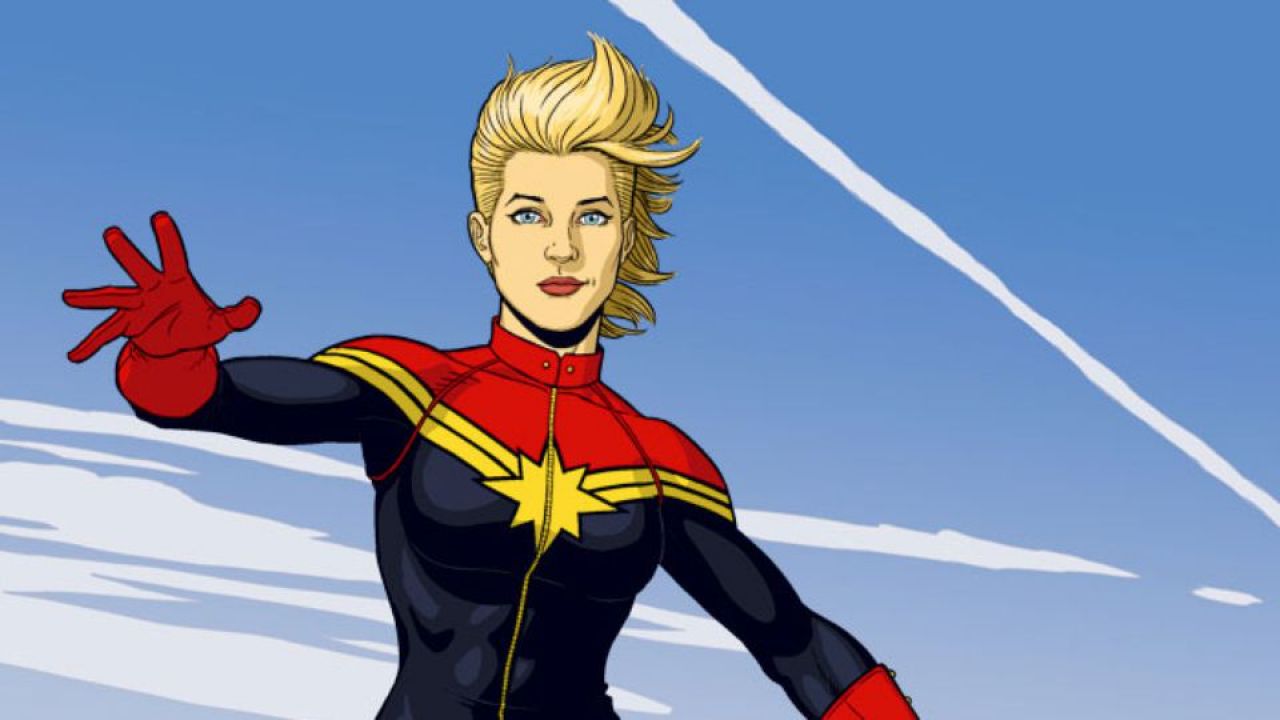 Captain Marvel might still have a year left before it comes out but in the world of superhero movies that’s close enough for people to start talking about it. The movie already began shooting earlier this year and casting announcements continue to flow in. Now, hot on the heels of her Lara Croft adventure Tomb Raider coming out, writer Geneva Robertson-Dworet sheds some light on how her work on that movie inspired an entirely unique take on Captain Marvel.

Entertainment Weekly got a chance to chat with Dworet and she explained that initially Tomb Raider was planned with a lighthearted action-comedic tone in mind. However, once actress Alicia Vikander came on board, she dug deeper into the mythos and pushed for a more serious take on the character, leading Dworet to move in a different direction, one increasingly more influenced by Vikander’s take. However, her experience tapping the humorous side of Lara Croft was not in vain as she was able to take the effort she put in that movie’s early drafts and apply it to the upcoming MCU movie.

Captain Marvel has a very funny voice, and it’s more of an action-comedy, more like what we were talking about doing in the first draft I wrote for Tomb Raider…. [but] that tone survived in Captain Marvel. I love funny female characters, so as Tomb Raider got more serious, I got even more committed to the idea of Captain Marvel being hilarious.

However, before fans begin to freak out, Dworet is quick to clarify that this tone is partly inspired from the comics itself. Dworet calls Carol Danvers in the comics a funny and sassy soul and wanted to tap that side of the character. With that sort of humor being rooted in the comics, it became easier for Dworet to adapt it for the big screen, while knowing it would have Marvel’s stamp of approval.

That’s not just me inventing that. Carol Danvers is one of the funniest comic book characters. She’s so sassy, she’s such a smartass, she won’t take sh— from anyone, and the comic books do an amazing job at capturing that voice, and it was important that the entire Captain Marvel creative team [kept to that].

Additionally, another reason for Marvel to consider a tone shift for the movie was Wonder Woman. As fans would be aware, Captain Marvel and Wonder Woman were among the first female led movies to be greenlit by the respective studios and inadvertently became contenders in their race to the big screen but DC was successful in beating Marvel to the theatrical release. Naturally then, the filmmakers Anna Boden and Ryan Fleck didn’t want to treat similar territory already covered by Wonder Woman and thought going for a funny action-comedy would differentiate the film from what’s come before while also allowing them to tap a different side of a superhero movie with a woman at the center of it.

Certainly we were writing after Wonder Woman had come out. We already saw one example of what a superheroine looked like on screen. So we wanted to carve our own path and make sure we weren’t retreading the same territory, and showing all facets of what women are capable of.

Captain Marvel are sparse at the moment. We do know courtesy Kevin Feige’s reveal at San Diego Comic Con last year that the movie will be set in the 90s, feature the shape-shifting Skrulls and will also have Nick Fury playing a prominent role with both his eyes intact. The movie cast Jude Law and DeWanda Wise in unspecified roles and also recently landed Gemma Chan for the role of Doctor Minerva, a Kree geneticist and spy who will in all likelihood, play the villain against Ms. Marvel.

Are you excited or nervous about the movie’s tone? Would you rather have it turn out like Ant-Man or Black Panther? Share your thoughts in the comments below. And should you have some time on your hands, do check out the piece on Entertainment Weekly. It’s an eloquently written article that shares some additional insight into the development process of the upcoming Tomb Raider.