Captain Marvel Makes Secret Invasion Impossible. Or Does It?

The huge plot twist in Captain Marvel makes it difficult for Marvel to adapt the Secret Invasion storyline. 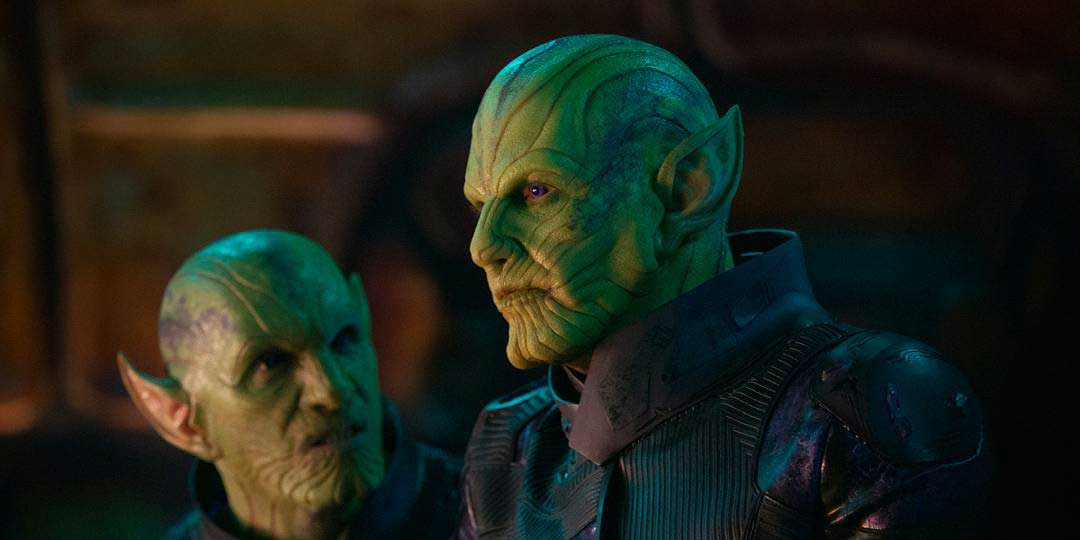 Captain Marvel bowed out in theaters on International Women’s Day and has been going strong at the box-office so far. It’s Rotten Tomatoes user ratings are also on the rise after the recent controversy brought them down significantly. Regardless of the reception it’s enjoying, a universally appreciated aspect of the movie is Ben Mendelsohn’s portrayal of Skrull leader Talos. The ensuing plot-twist in the movie however, rules out any chances of a Secret Invasion happening any time in the near future. The remaining post contains spoilers for Captain Marvel so be careful when reading further.

Still here? Good. Throughout Captain Marvel‘s marketing, the Skrulls were presented as the bad guys with the Kree out to get them. However, the movie subverts this by presenting the Skrulls as the good guys in the ongoing Kree-Skrull conflict with the Kree out to exterminate the last of them. The Skrulls on the other hand want nothing but peace and wish to settle and colonize into a faraway galaxy where they can live the remainder of their lives calmly. This sort of goes against their comic book portrayal as antagonists but further negates the potential eruption of a Secret Invasion storyline any time in the future.

In the comics, the Secret Invasion storyline was one where Skrulls impersonated several people at key positions on earth through the decades. In doing so, they essentially assumed command over the most important aspects of earth from weapons to armies, bringing forth significant trust issues among the superheroes. With Danvers having sent the Skrulls away and Talos and co having departed in peace, there ought to be no reasons for the Skrulls to return and colonize Earth to kick off the Secret Invasion in the first place? Talos certainly doesn’t look like the kind of megalomaniac who will kick off such an invasion.

Then again, there’s another important event that has occurred in the chronology of the MCU. The Decimation saw 50% of life wiped out of the universe at the hands of Thanos and his Infinity Gauntlet. It’s possible a lot of the Skrulls were wiped out too and even though the Avengers (or what’s left of them) should be successfully able to reverse the snap, the effects could remain permanent for the Skrulls in some way. The Skrulls could consequently hold the Avengers responsible for loss of their species’ members and Talos could have lost his wife to the snap, causing him to go rogue much like Hawkeye with Ronin. This could potentially turn him into an antagonist, not unlike Baron Mordo from Doctor Strange and he could return to exact revenge on earth by colonizing there instead.

It’s unsure which direction Marvel’s storylines will take in the future movies but it could go either way. Comics have been often fluid in their storytelling with the ability to swing a narrative in either direction and it’s not too long before we start seeing such flexibility in movies as well. With the MCU now 21 movies old, it’s continued susteinance will probably depend on balancing the ability to do inter-galactic event stories and balance them out with the smaller human conflict, even if it comes at the cost of continuity errors.

Captain Marvel is running in theaters now. Avengers: Endgame will release across theaters worldwide on April 26, 2019.