Chernobyl begins digging into the root of the disaster as efforts to contain a nationwide meltdown intensify. 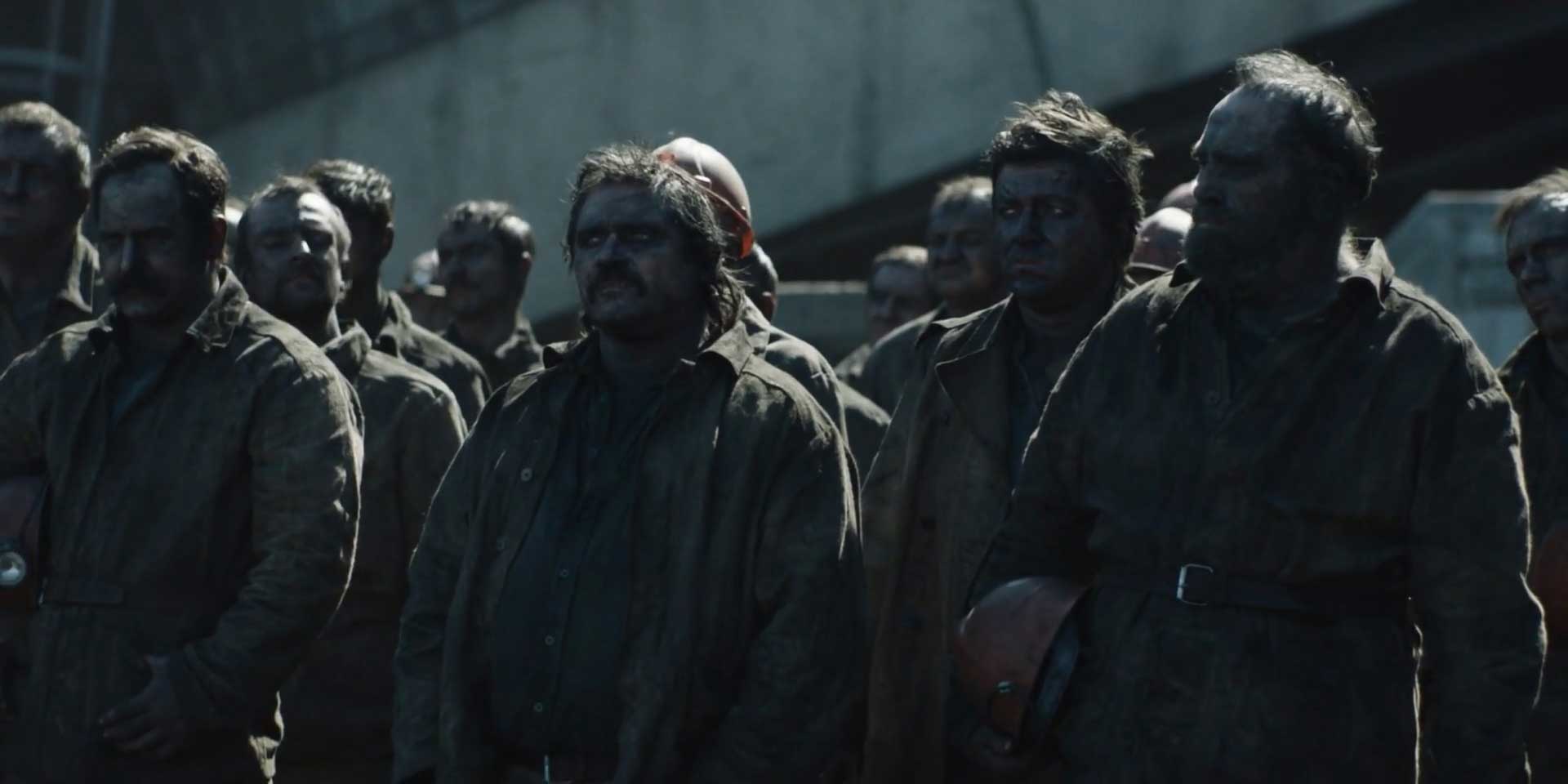 Every episode of Chernobyl has conveyed a theme or two in regards to presenting the tragic events. The first episode depicted the event itself, almost in real time as we were mostly treated to the night of the accident, how it unfolded and the initial dismissal that followed. The second episode was about coming to terms with the fact that it had happened and commencing some efforts towards containing the radiation fumes rising out of the reactor. This third episode intensifies those efforts as a new situation comes to light, while also beginning investigations to uncover just exactly how what happened, happened.

With the reactor sinking by its own heat, it threatens to contaminate groundwater reserves that feed into a large section of Russia’s water supply. The agreed upon solution is to put a heat exchanger under the plant to reduce further sinking of the reactor, which requires a mile long tunnel to be dug and the equipment shipped in to do its job. We enter here, a group of miners led by the blunt, fearless Glukhov who arm-twists his boss a bit but eventually relents to getting the job done, seeing as there is no other way.

This is also the point where the show begins to introduce one-off characters. In the last three episodes, the pacing of events has widened quite a bit with situations unfolding in a matter of minutes initially, to us now skipping days. As such, expect people to pop in and out more often. The miner clad makes an impression, especially Glukhov, in that you get a sense of some grey areas in them, yet amid the cynicism, there’s a capability to see the bigger picture and trust the words of Legasov and Shcherbina when they explain the far-reaching impact of what’s about to unfold. We also see them go full nude when they’re unable to bear the heat down; it’s all disturbing by a bit but still makes for gripping viewing.

The investigation meanwhile, is headed by Ulana Khomyuk who questions the people present at the site including Dyatlov and his associates. Akimov and Toputnov are far more cooperative, letting in on exactly what he did and Khomyuk is horrified at the observable inexperience of some of the lead engineers positioned at the time of the test (25 years of age). These are the first signs of something going horribly wrong at the time of the incident and also reek of negligicence and outright ignorance on part of humans to cause a situation of that sort. There should definitely be a scientific angle to it as well, as we’ll see in the future episodes.

What the inquiries expose at this point is just as eerie as the incident itself; a blatant disregard for due diligence, an absolute recklessness in executing the tests without consideration for many of the safety protocols. And yet, the fact that the pressing of the failsafe button triggered the explosion is down to either a faulty memory or a faulty mechanism. With the coworkers desperately trying to cover their tracks, could it be a deliberate case of misdirection on their part to prevent the truth from sticking out?

In addition, one of the firemen who we followed closely along with his wife gets a poignant closure as he, along with some of his comrades, passes away. You do squirm every time his wife touches and embraces him, given the harmful effects of radiation there’s just no telling what would befall this pregnant lady. The KGB begins throwing its weight as well as surveillance is rampant, with bugs planted across every house possible, forcing Legasov and Shcherbina to converse outside, but even there the prying eyes of KGB men refuse to leave them. It’s a dark, gritty world and one would think humans would unite in the face of disaster but there appear to be bigger stakes here than the lives of a few hundred thousand individuals.

With these narratives at play, interweaving amongst themslves Chernobyl delivers yet another solid episode that prevents you from taking your eyes off the screen for even a moment. And it does so without really resorting to some shocking music, a dramatic surge of editing or lengthy melodramatic monologues but instead uses the greatest arsenal at its disposal: the raw truth. All it does is take the truth of what happened that day and wrap it in a package that’s palatable for the common man to understand and be afraid of and help them realize the real nature of the threat that they battled three decades ago.