The pair’s recent deal with Netflix was cited as the main reason.

Game of ThronesMoviesStar Wars
By Divij Sonak On Oct 30, 2019 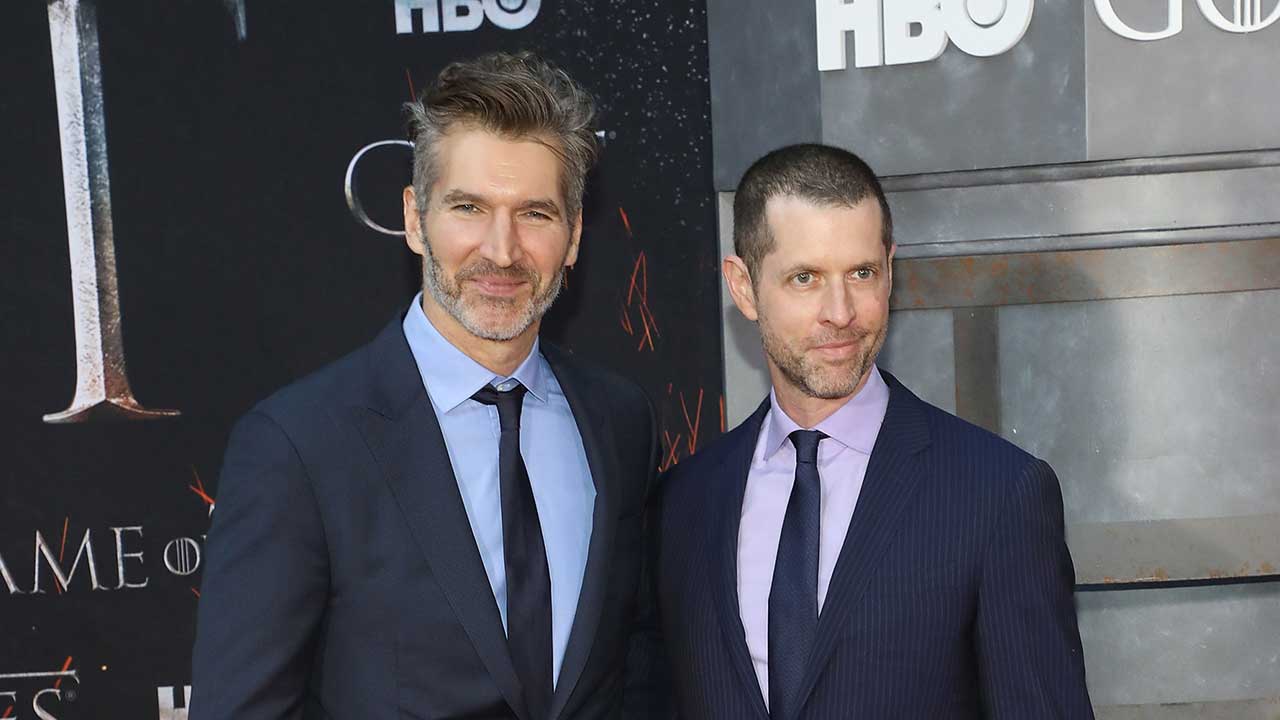 Star Wars has hit a roadblock (or not, depending on how you look at it). Game of Thrones writers David Benioff and D. B. Weiss, who were tapped by Lucasfilm to helm a new Star Wars trilogy have exited the project. The news comes on the heels of the duo being signed on by Netflix to spearhead a slew of new movies / shows under a deal that’s reportedly worth $250 – $300 million. This would leave Benioff and Weiss swamped and not with enough time to focus on both projects.

There are only so many hours in the day, and we felt we could not do justice to both Star Wars and our Netflix projects. So we are regretfully stepping away.

On their part, Lucasfilm issued a diplomatic statement, not expressing any regret, but instead displaying some hope, with Lucasfilm President Kathleen Kennedy keeping open the possibility of working with D & D again in the future.

David Benioff and Dan Weiss are incredible storytellers. We hope to include them in the journey forward when they are able to step away from their busy schedule to focus on Star Wars.

The writers had landed the coveted deal back in February 2018, a few months before Game of Thrones Season 8 aired. At the time, there was immense excitement surrounding the deal in part due to the final season riding a wave of enthusiastic fan theories amid the promotional frenzy. Between then and now however, things have changed significantly. Season 8 is now widely regarded as the worst season of Game of Thrones, with its rushed pacing universally panned and writing heavily criticized.

The season received immense backlash for its lackluster writing, with several commenters lamenting on how Benioff and Weiss lost the plot in trying too hard to one-up viewers and subvert expectations. From being regarded as great / decent writers, the duo sat on fan hit-lists, with people deriding and distancing themselves from everything they were associated with.

That online circus would certainly not have been lost on Disney who would’ve been anxious about having the duo in charge of one of their most valuable IPs. After all, Disney-Lucasfilm have had their share of bad times with directors, whether it was Phil Lord and Christopher Miller on Solo: A Star Wars Story or Colin Trevorrow’s departure from Star Wars: Episode IX. Fortunately for Disney, Netflix indirectly came to their rescue and made the writers an offer too tempting to resist, even against one of the most beloved franchises of all time.

Even so, Benioff and Weiss maintain their affection for Star Wars and George Lucas, acknowledging their inspirational roots in the original film.

We love Star Wars. When George Lucas built it, he built us too. Getting to talk about Star Wars with him and the current Star Wars team was the thrill of a lifetime, and we will always be indebted to the saga that changed everything.

Regardless, it’s not hard to imagine Disney must be relieved to some extent that they don’t have to deal with any more potential backlash; they already had their fair share with The Last Jedi. Speaking of which, Lucasfilm has plenty of Star Wars projects in their pipeline which could take the place of this trilogy of films set for release on 2022, 2024 and 2026. Rian Johnson’s trilogy of films is one such set and the only one we know of on the film side.

Let us know how you feel about this news in the comments below. Do you think Benioff and Weiss could’ve actually done justice to Star Wars? Or are you celebrating like some of the online folk on their exit from the series?