Also what went into bringing these creatures to life. 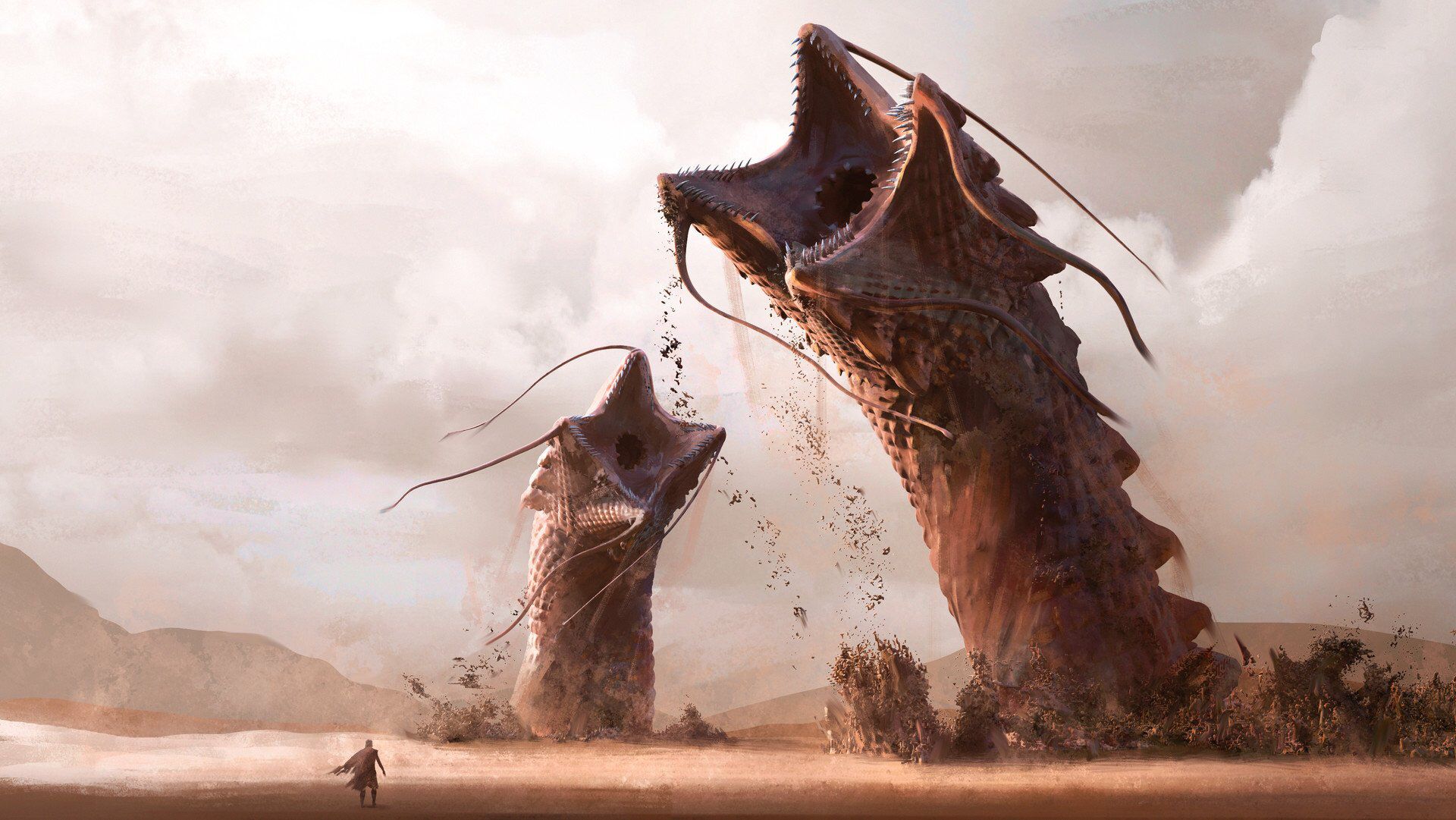 Fans of Dune know that its planet of Arrakis is infested with gigantic sandworms. Ever since Villeneuve’s Dune was announced, one of the many, many questions fans have posed is just how big these sandworms will be. We may now have an answer and its massive. According to Empire’s Celebration Issue, the sandworms of Dune are the size of The Empire State Building. That’s freaking huge!

In order to develop these beasts, production designer Patrice Vermette worked closely with Villeneuve to figure out the ecosystem around that would make the existence of such a creature possible, as well as its impact on the monster’s skin. Here’s what Vermette had to say on this:

We talked about every little detail that would make such a beast possible, from the texture of the skin to the way the mouth opens to the system to eat its food in the sand. It was a year of work to find the design and shape that looked prehistoric enough.

The bit about prehistoric is interesting considering how far ahead into the future Dune is set. In the same piece, Villeneuve also mandated filming in real locations, a demand in addition to his earlier mandate of making it a two-part adaptation. We don’t have any images of sandworms yet (and I suspect we won’t, not even wtih the first trailer) but you can check out a recently released image of Paul Atreides here.