The criticism did not stop critics from admiring things that worked. 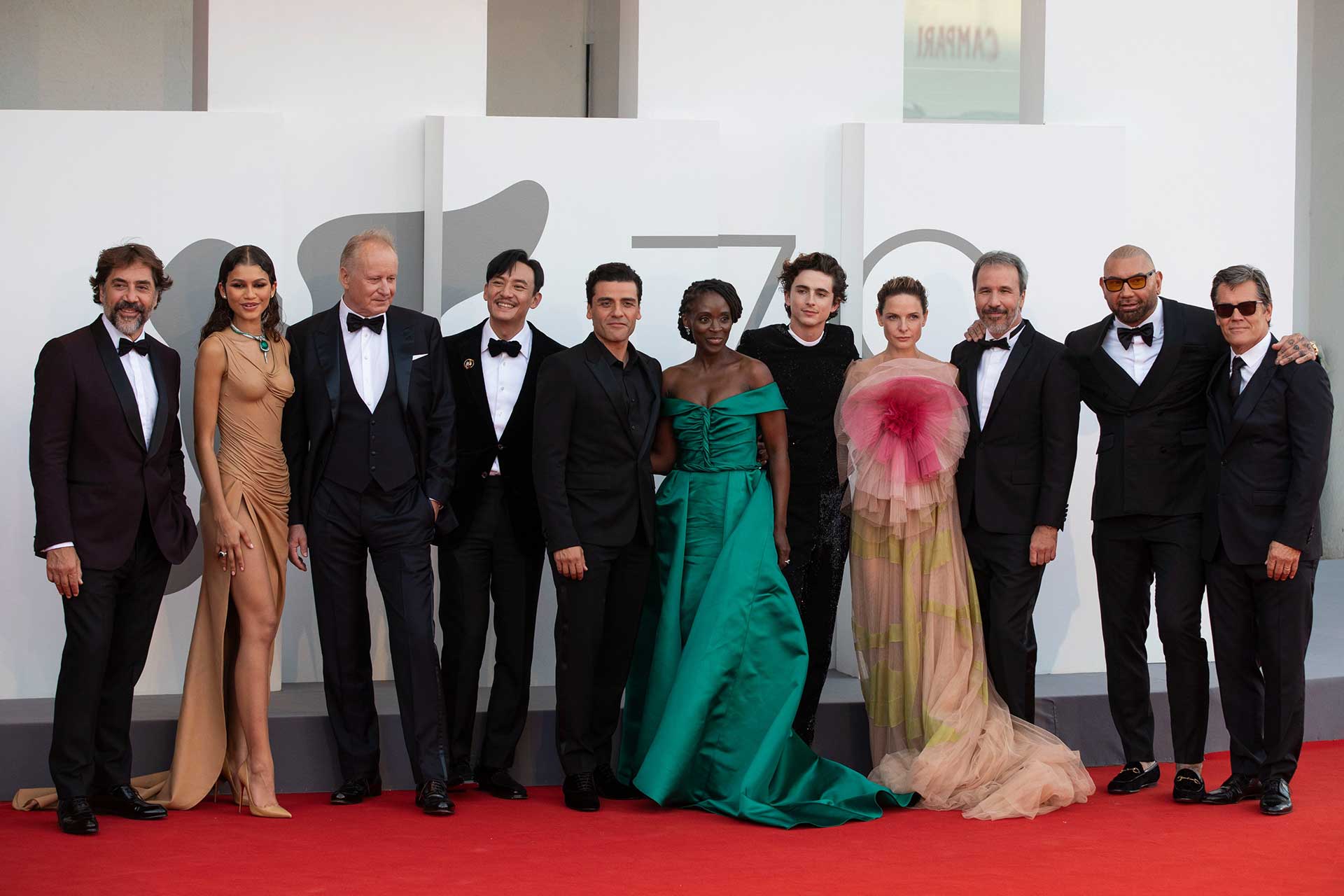 Dune screened at the Venice Film Festival yesterday and the early reception to the movie has been somewhat mixed. Critics lauded the ambition and visuals of Dune, heralding them as doing justice to Frank Herbert’s vision as depicted in his seminal 1965 novel. And yet, criticism was directed at the movie feeling incomplete, as though it doesn’t stand on its own but instead serves as a massive setup to the sequel that may or may not happen. And yet, amid the mixed critical reception, Dune did receive a 6-minute standing ovation at the screening (6 to 8 minutes depending upon which source you consider), which makes matters perplexing.

Clearly the movie achieved something novel and inspiring, whether it’s by virtue of the emotions it managed to elicit through its visuals and scope or just the fact that everyone finally saw an unfilmable science-fiction movie being realized on screen. For the longest time, Dune has had trouble getting an adaptation that did its material justice, with even veteran directors like Alejandro Jodorowsky and David Lynch failing to adapt it successfully; so perhaps it stands that some of that could have been everyone simply being elated that another impossible has been made possible.

As for the critics, here are some snippets from the more popular ones:

After two hours and 35 minutes, Dune‘s lack of closure feels irksome to say the least. The average cinemagoer might not have realized they need to come back for another round – and there’s little about Dune‘s marketing to help them twig. That said, the sheer ambition on display here means you get plenty of bang for your buck.

Dune is an astonishing swing of ambition and passion from filmmakers at the top of their craft, and it more often than not connects like a thunderbolt. As a project that is only meant to start a new cinematic cycle, it left me eager to follow this Paul and Villeneuve toward the next strange corner of Arrakis, and determined to return to the theater so I can see their introduction again, only next time in IMAX.

For all of Villeneuve’s awe-inducing vision, he loses sight of why Frank Herbert’s foundational sci-fi opus is worthy of this epic spectacle in the first place. Such are the pitfalls of making a movie so large that not even its director can see around the sets.

Perhaps the biggest issue with Dune, however, is that this is only the first part, with the second film in preproduction. That means an awful lot of what we’re watching feels like laborious setup for a hopefully more gripping film to come — the boring homework before the juicy stuff starts happening.

Dune makes the worms, the dunes, the paramilitary spectacle, and the kid-savior-tests-his-mettle plot immersive — for a while. But then, as the movie begins to run out of tricks, it turns woozy and amorphous. Will Part II really be coming? It will if Part I is successful enough, and that isn’t foregone. It’s hard to build a cliffhanger on shifting sands.

Dune is a gorgeous but imperfect epic, a technical wonder that spends too much time setting up a third act that never comes.

Strangely, critics don’t see that Dune was always meant to be the first part of a larger story. Villeneuve even mandated a two-film committment from Warner Bros. and this was revealed by these very tabloids last year, so it’s not like everyone went in expecting the story to end. The sequel has plans to film in 2022. Ironically, had Villeneuve rushed the movie to its conclusion with the first installment itself or shoehorned a climax to close out the narrative arc, the same critics would have criticised the movie for packing too much into one film.

Perhaps critics are taking issue with the fact that like most conventional stories, Dune doesn’t have a logical end. Villeneuve is likely looking at this and the sequel as one complete movie, as it is given that it’s an adaptation of the same novel, but critics go in with the hope that every movie will conclude some of the threads it has laid out within the confines of its running time. But it’s good that this is the single-most major criticism of the movie; little has been heard of anyone save a few outlets commenting on the story or characters so if it’s faithful to the adaptation, I’m pretty sure fans would have no issue sitting through a movie that’s essentially laying the foundation for some stuff that will really go down in the sequel.