The Targaryen Queen turns mad as her supporters question their choice of leader in the series finale preview. 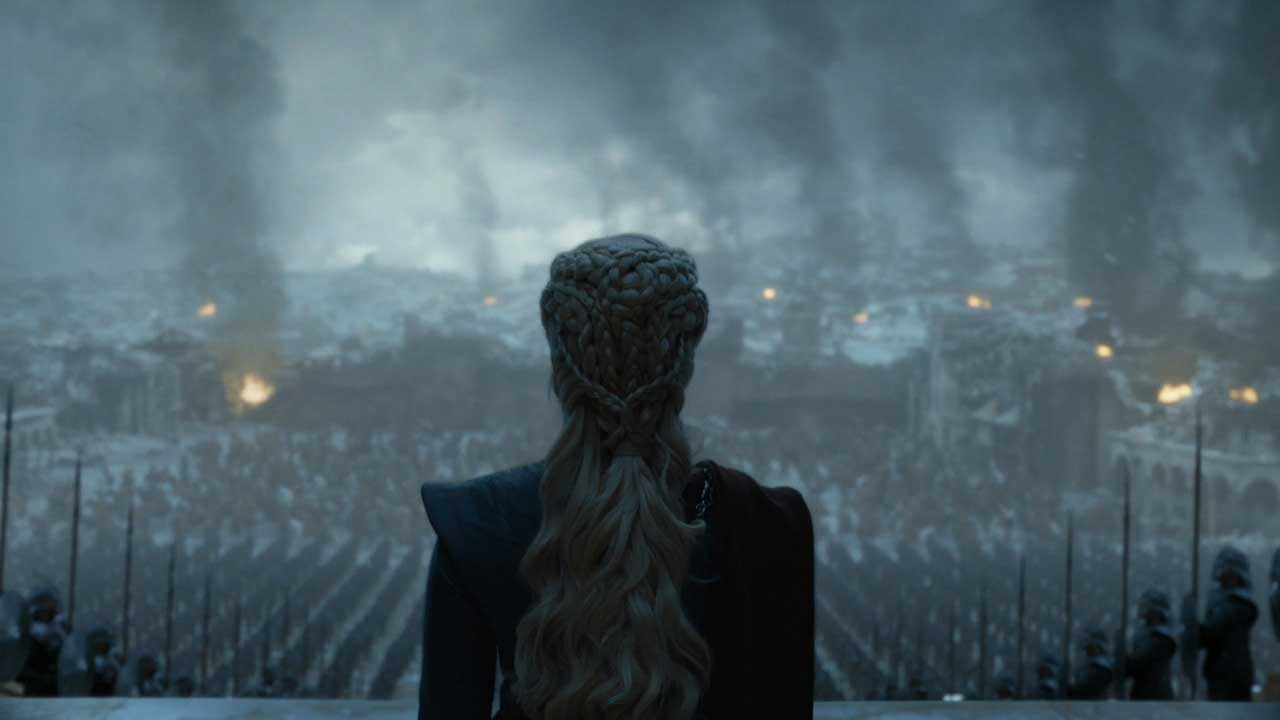 In Game of Thrones, a lot can be said without saying anything. And while the last few episodes might have lost some subtlety a bit, there’s still a lot to glean from the short series finale preview. The brief Game of Thrones Season 8 Episode 6 teaser shows the aftermath of today’s episode as the battle at King’s Landing took an unexpected, but not entirely unanticipated turn. And as has been the case with all GoT episodes thus far, we still do not know the title of Game of Thrones Season 8 Episode 6. Have a look and hop in for our notes after the jump.

After Daenerys burned King’s Landing down in a fit of rage resulting in quite a lot of casualties, it’s clear her supporters are beginning to question their choice of leadership. They may not be mincing words but their carefully guarded glances along with the horrifying look on their faces after seeing the city in ruins says it all. Daenerys on her part has fully descended into the Mad Queen trope, the seeds of which have been planted as early as the Season Premiere in Episode 1 and while the descent may not have come as seamlessly or gradually as it would’ve in the face of more episodes, it’s still a satisfying twist to behold.

At this point, Daenerys is no different than the Targaryens who ruled before her and threatened to smother the city to a pile of dust. If anything, some of the previous rulers such as Aegon the Conqueror were rather just and brought peace and prosperity to their realms. It makes you question if Jon Snow will indeed need to step up to reclaim the right to his throne and overthrow the Mad Queen who now stands to rule a city of ashes. It’s the most logical conclusion to the show at this point and all that remains to be seen is whether Jon will need to kill Dany or will he be able to overthrow her claim without any violence.

As an aside, I’m still holding out hope for Bran factoring into the game in some capacity. What if he’s the one who wargs into Aerys trying to warn him of the impending disaster that led Dany to burn down the city, leading Aerys to snap and be stuck at the phrase “Burn Them All”? Or what if he still holds the key to defeating the Mad Queen by taking over Drogon? It’s mere wish fulfilment at this point but it does feel incomplete, building Bran’s abilities up to this extent without fully utilizing them.

The final episode of Game of Thrones will air next Sunday on HBO at 8:00 PM CST. It is written and directed by showrunners David Benioff & D. B. Weiss and is most likely to be based on some draft material written by George R. R. Martin for the show’s conclusion (I have a feeling this one was, too). Let us know what you thought of the episode in the comments below and look out for our review today, right here on Appocalypse.