Legendary unveiled the set of Monarch Files for the movie’s characters during the MonsterVerse Watch Along.

GodzillaGodzilla: King of the MonstersMonsterVerseMoviesWarner Bros.
By Divij Sonak On Apr 24, 2020 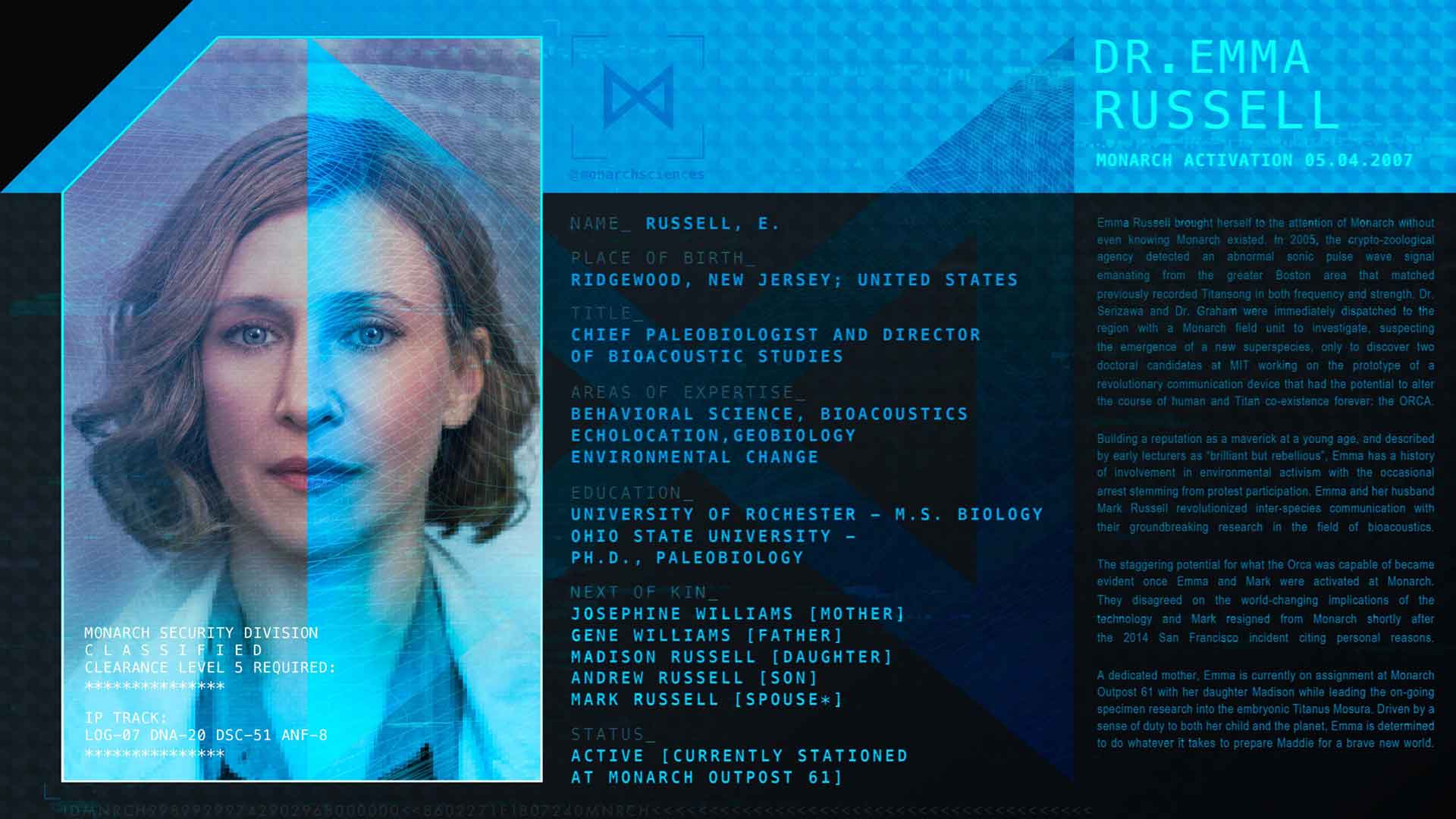 The Godzilla Watch Along hosted by MonsterVerse owner Legendary has been a boon to Kaiju fans in regards to new content. We received a plethora of unique, stunning concept art but Legendary also unveiled a bunch of Monarch Profiles that detail Godzilla: King Of The Monsters character bios in great depth.

We get a look at each of those characters, their backgrounds and in some cases, even information about their parents, spouses, the universities they graduated from and their motivations. The bios are available on the Monarch Sciences website but it’s great to have them all in one single image dedicated to each major character (with even some minor ones getting their moment in the sun).

I’ll be posting the profile images below. Click them for getting the high resolution versions. Beware, this page could take a while to load so I’ll do some pseudo commentary to keep you busy.

Our first bunch of profiles are about the Russell family. These include Dr. Emma Russell (Vera Fermiga), her spouse Mark Russell (Kyle Chandler) and their daughter Madison Russell (Millie Bobbie Brown) who gets caught in the tussle between the monsters.

Next up, we have some returning characters in the form of the iconic Serizawa (Ken Watanbe) who has been a staple of most Godzilla films including the first 1954 Gojira as well as Dr. Vivenne Graham (Sally Hawkins) who reprises her role from 2014’s Godzilla.

With Monarch covered, we jump into the surveillance files Monarch has on the eco-terrorist Col. Alan John (Charles Dance) whose team forms the majority of the human antagonists in the film.

The bios are a fascinating read and help flesh out the characters a lot more. Perhaps I’ll revisit this article with sections from these bios.