The movie will release on March 26. 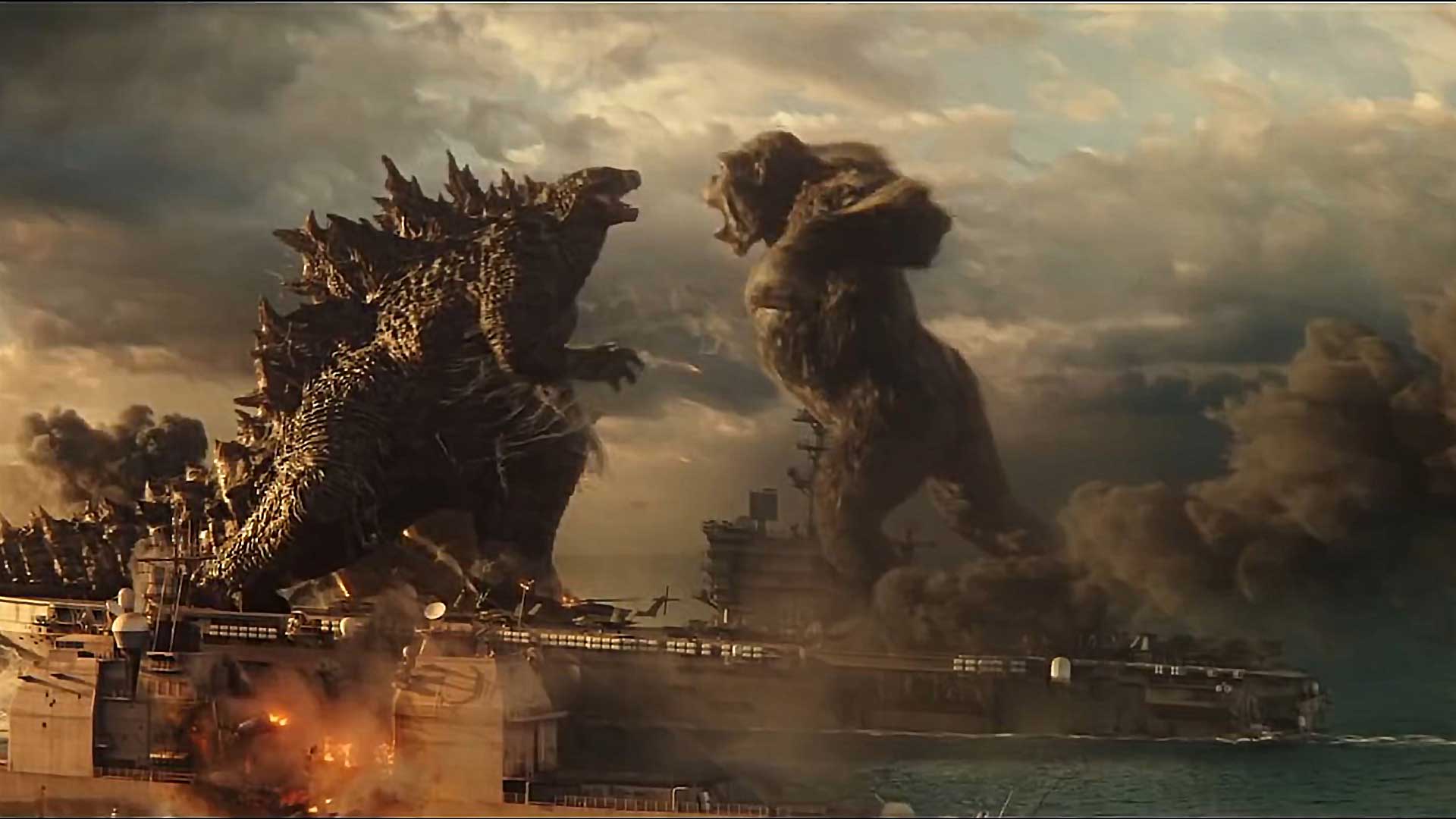 After studio Warner Bros. messed up the film’s release strategy, Godzilla vs Kong is left with no choice but to begin marketing aggressively. Consequently, Warner Bros. has announced that the first official Godzilla vs Kong trailer will arrive tomorrow i.e. on Sunday, January 25. To accompany the announcement, the studio has been dropping TV Spots that show clips from the trailer featuring Godzilla and King Kong battling it out around a freight carrier.

The spots don’t give much but the HBO Max sizzle reel that presented us with our first official look at any footage from the film did contain the freight carrier fight clip that has been circulating for a while now thanks to some leaked footage. That aside, other spots show Millie Bobbie Brown’s character and Kong reaching out to a child, which should be an interesting sequence to see play out.

Godzilla vs Kong is the culmination of the MonsterVerse series of films that began with 2014’s Godzilla and continued with 2017’s Kong: Skull Island and 2019’s Godzilla: King of the Monsters. It was initially set for release on March 2020, before the mixed reception to King of the Monsters led Warner Bros. to change their minds and delay it to November 2020. It was delayed to some time in 2021 from that date due to the ongoing pandemic.

Then, out of nowhere, Warner Bros. made a surprise announcement claiming that all its 2021 movies will release simultaneously on HBO Max. This led MonsterVerse co-producer Legendary to pursue legal action against Warner Bros., since the latter didn’t inform Legendary of the move and had even blocked the film’s sale to Netflix for a potential $200 million. It looks like both parties reached some sort of interim settlement and decided against waiting any longer before getting the movie out.

King of the Monsters had a lengthy marketing campaign that commenced with the release of the 2018 Comic Con Trailer. This was followed by multiple trailers until the lead-up to the movie. With such a short interval left between now and March, we’d be lucky if we get another Godzilla vs Kong trailer until the film’s release.

While general reception to the MonsterVerse franchise has been mixed as a whole, fans seem pretty excited about two of the most iconic monsters sharing screen space in Hollywood for the first time.