Jessica Jones retells the events of the Season 3 premiere from Trish Walker’s perspective. 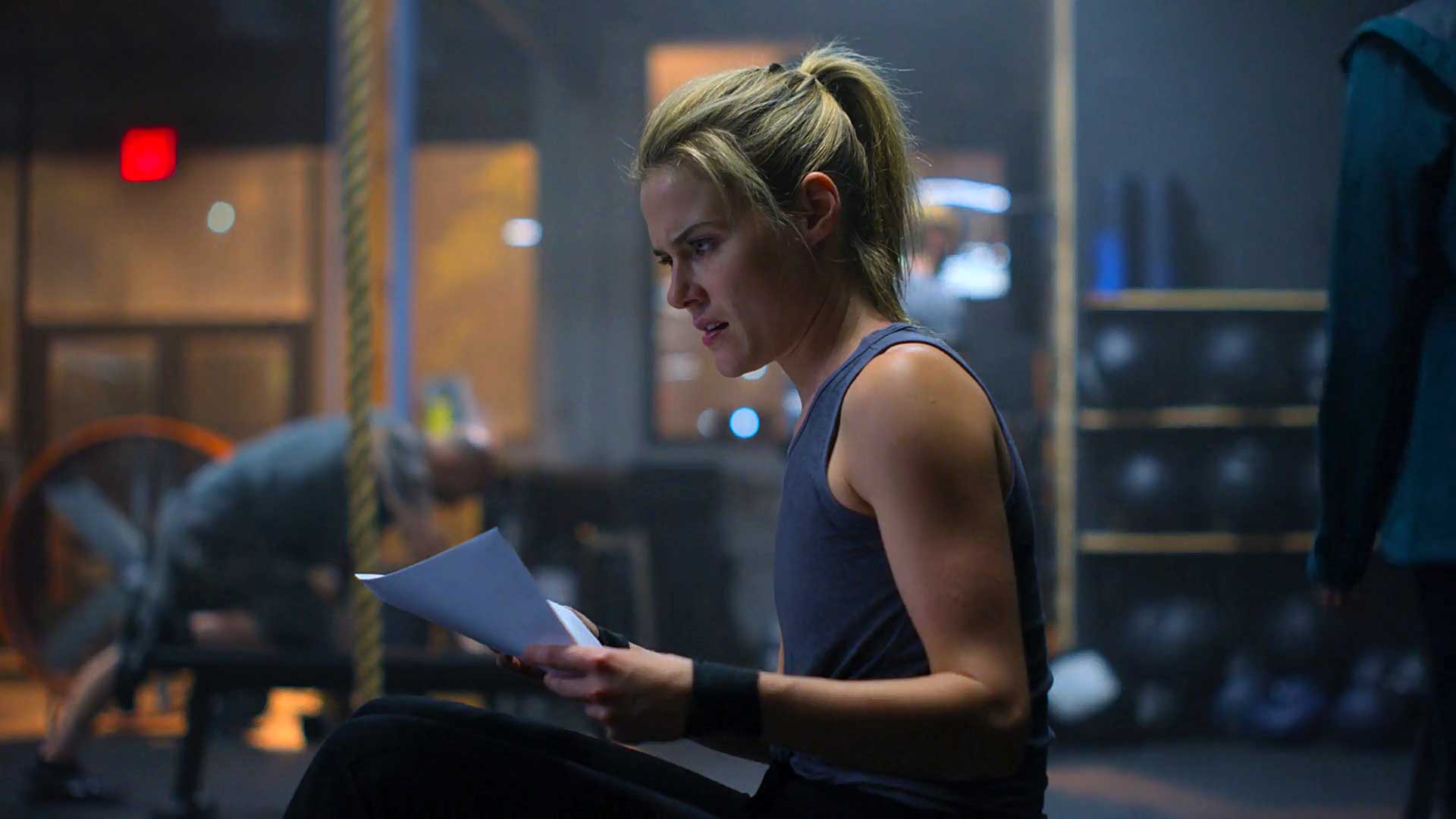 The Marvel-Netflix shows are often padded with filler material to cover their non-negotiable length of 13 episodes (Iron Fist was an exception). As such, Jessica Jones retells the events of the Season 3 premiere in its second episode from Trish Walker’s perspective. Fortunately, this is interestingly done and the resulting narrative offers plenty of material to delve over, thereby preventing this outing from feeling like flab.

To recap, after the experimentation she underwent in Season 2, Trish walked off having gained her own set of superpowers. As someone obsessed with the superhero life, to the point of deliberately seeking out trouble to contribute in her own way to making Hell’s Kitchen better, Trish squeals in delight at the prospect of her implanted abilities and begins training to fight crime in a way that would leave Jessica scorning. She succeeds on multiple fronts, stopping an attempted rape, as well as nearly confronting a certain Andrew Brandt for assaulting his sister over a sculpture before winding up in front of an injured Jessica who was stabbed in last episode’s cliffhanger ending.

The choice of retelling the events of Episode 1 from Trish perspective is a narratively interesting one. With her ascent into the world of superheroics, the show is almost treating her as a superhero celebrity in its own right. She’s no longer second fiddle or supporting to Jessica; the emphasis here is that Trish is as important to the storyline as Jess is. Like Jessica, Trish also gets her own voice-over monologues that play out as a nice parallel to Jess’s own talks. Moreover, several times during the episode, a potential team-up between Trish and Jess is teased, yet again stressing on the significance of Trish’s bumped up role.

Despite the parallels however, it’s worth highlighting how contrasting the lives of these two principal leads are. Jessica hates the superhero life while Trish actively seeks it. Where Jessica reluctantly uses her abilities to aid her in cases, Trish is making a proactive effort to channel her abilities to thwart crime. Neither of the two are actively concerned about containing criminal threats; Jessica does it only if it helps her cause while Trish does it for an as yet unknown reason, but presumably to feel better about herself. Despite the differences, they both seem to have selfish motives, with Jess being somewhat more selfless than Trish at this point. The duo are antithesis of each other and the similarities notwithstanding, they’re currently on opposite ends of the fence with regards to life as a vigilante.

Reiterating an entire episode’s worth of events helps Netflix save some plot space, while fleshing out a vital character. As unique as this narrative device feels, it’s been seen often in a multitude of shows; Marvel’s own Runaways did it in its second Season 1 episode as have many others I’m sure. In this case, the intersections between Trish and Jessica’s journeys are quite fascinating as we get whole new angles of familiar scenes with a lot more depth to them. Then again, that’s kind of the point of this device, although it feels a lot satisfying here for some reason, probably because the scenes crossover in some really creative ways.

Perhaps another reason why this episode feels so strongly Jessica Jones is because it’s been directed by Jessica Jones herself. Krysten Ritter makes her directorial debut in the show, something that was teased by the show’s muted promotional campaign. Ritter does a fine job capturing the pulse of the show and guides Rachael Taylor to help Trish deliver a performance not unlike her own. She threads a fine line between Trish’s moral compass, never quite painting her as satan or saint, but as someone in between, with good intentions and flawed executions that don’t necessarily have the effect Trish desired. It’s rather amusing seeing her frustration with wanting to fight crime, only for a majority of cases reported being trivial, with cops reaching the scene of the crime before her in the cases that beg attention. It’s good to see cops arrive on time for a change.

We also see Trish interact with the other players, with the talks themselves suggesting a setting that begins immediately at Season 2’s conclusion with Trish catching her flipped phone, and continuing right until the Season 3 premiere, filling in the gaps. She also learns the hard truth about crime fighting and its difficulties; punching a thief lands her a $100,000+ fine courtesy Jeri Hogarth’s law-firm although her new investigator Malcolm negotiates the fine down to $50,000. Eka Darville’s delivery explaining just how he managed to pull this off is an emotional one-take shot that fleshes out a perfunctory character in surprising, highly impressive detail. We see the world through the eyes of a partly delusional Trish whose mental state is, as aptly put in her mother’s words, bleak.

You’re Welcome, also a catchphrase Trish uses every time she ends up helping someone who doesn’t thank her, is a revelatory journey into the mind of the show’s other protagonist, Trish Walker. Racheal Taylor portrays Trish with incredible, nuanced depth, often dancing around the lines between benevolence and malice, never quite leaving us with a sense of surety about her role in the story. And Krysten Ritter holds a command behind the camera that’s second to none in the myriad of TV directors out there. Now that we’re all caught up with flashbacks, it’s time to move forward and kick off the real story of Jessica Jones‘ third season.