An important character falls as Jessica Jones steps up the conflict with serial killer Sallinger. 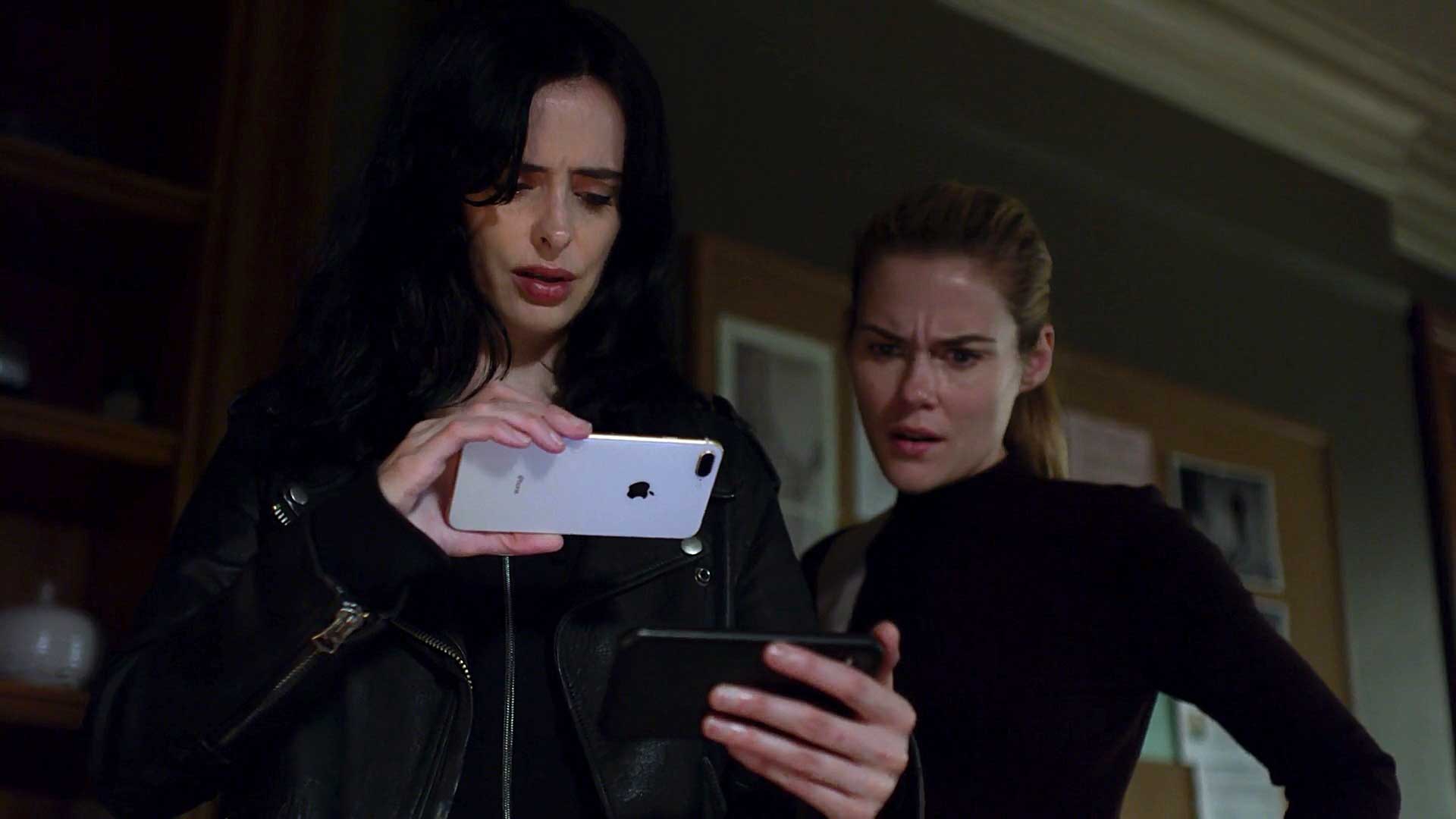 Jessica Jones delivered the inevitable gut-wrenching death as one of the show’s main characters fell to Sallinger’s scheming, sending our heroes into a last-minute frenzy. The shorter episode builds up on the impending death successfully, managing to take viewers by surprise. It leaves our heroes in a precarious state that is difficult to explain without giving away spoilers so in case you’re one of those reading this without having watched the episode you ought to watch it first and then come back to this review.

Last episode, I somewhat accurately predicted that one of the main cast should fall to unite the rest in rallying against Sallinger. The choice of who should die was of course off, as were the consequences. Sallinger succeeds in mocking Jessica and Trish in an episode-long chase for his new hunt, sending them insta-videos that disappear after two watches. The use of social media was a nice touch there to ground the proceedings into reality and it also made Trish’s mom Dorothy momentarily useful. The result is a frantic, limited manhunt of sorts in narrowing down who the victim is.

And what a shock it turns out to be when Dorothy is the one who falls. This is interesting for a number of reasons, chief of which is that it unhinges Trish, part of which you see as the episode closes off. Trish, as I’ve noted in my reviews, has been enjoying the superhero life and wanting more out of it. But as viewers, we know the pitfalls of being a superhero and Trish is now forced to confront exactly those. As expected, her natural reaction is impulsive and Jessica being more experienced in regard to tragedy figures out where Trish is headed. It would be a neat twist if Trish ends up killing Sallinger and the show turns Hellcat into the main villain.

Most of the episode builds up to the ending and pretty much everyone gets involved in helping Alias Investigations circle in on the identity of the mysterious masked woman. And even though Sallinger goads them all into believing a certain woman in the video is the one he’d kill, he claims an entirely different prize. I like how Sallinger isn’t shown as infallible and is subject to bouts of anger and frustration as his plans go awry at times. If anything, I’d like to believe Sallinger was affixed on killing his target before Jessica’s rampage on his house damaging his degrees and other possessions taunted him too much to change his target to Dorothy instead. If so, that gives Trish reason to hate Jessica and also settles their scores once and for all: Trish killed Jessica’s mother and Jessica ended up being responsible for the death of Trish’s mother.

In some of the more tangential subplots, Costa is outed as a homosexual as well and in a short scene, is shown planning to adopt a child with his hubby. So all of a sudden, it appears LGBT characters are getting recognition and we now have a semi-mainstream Marvel-Netflix show that has two LGBT pairs at the same time, one of each gender. That’s definitely a step up from the days when their mere mention was scorned over, or they were simply used for running gags. This should open up some interesting possibilities down the road as to what kinds of characters and stories we can see around them. In the case of Jessica Jones, that nice little bit does well to flesh out Costa as something more than an insignificant homicide detective.

As much as Malcolm wants to help, part of him is still stuck in a now insignificant subplot about Hogarth’s firm dealing with the fallout of Kith’s husband’s death. Kith herself has disappeared entirely from the show as Hogarth and Zaya attempt to salvage the firm’s reputation. So when they discover Malcolm knows the masked vigilante who’s been assaulting the firm’s clients, it puts Zaya in a tight spot. Fortunately, she helps Malcolm out in a good way suggesting there’s still something left of their relationship but I’m curious to know how a strongheaded woman like her would react upon knowing of Malcolm’s fling that arose from a burst of masculinity.

Either ways, the episode kept us hooked throughout the investigation but more than that, it’s the fallout I’m interested in seeing. It’s one of those few hours that ended on a literal cliffhanger and makes it infinitely difficult to shut out and write this review when your mind is half-dying to jump back into the next episode to see where things head next. I’m excited to see the conflict between Jessica and Trish and curious to learn if it will be resolved immediately or will take its own sweet time.

Avengers: Endgame To Re-Release In Theaters With Post-Credits & Deleted Scene In Bid To Beat Avatar