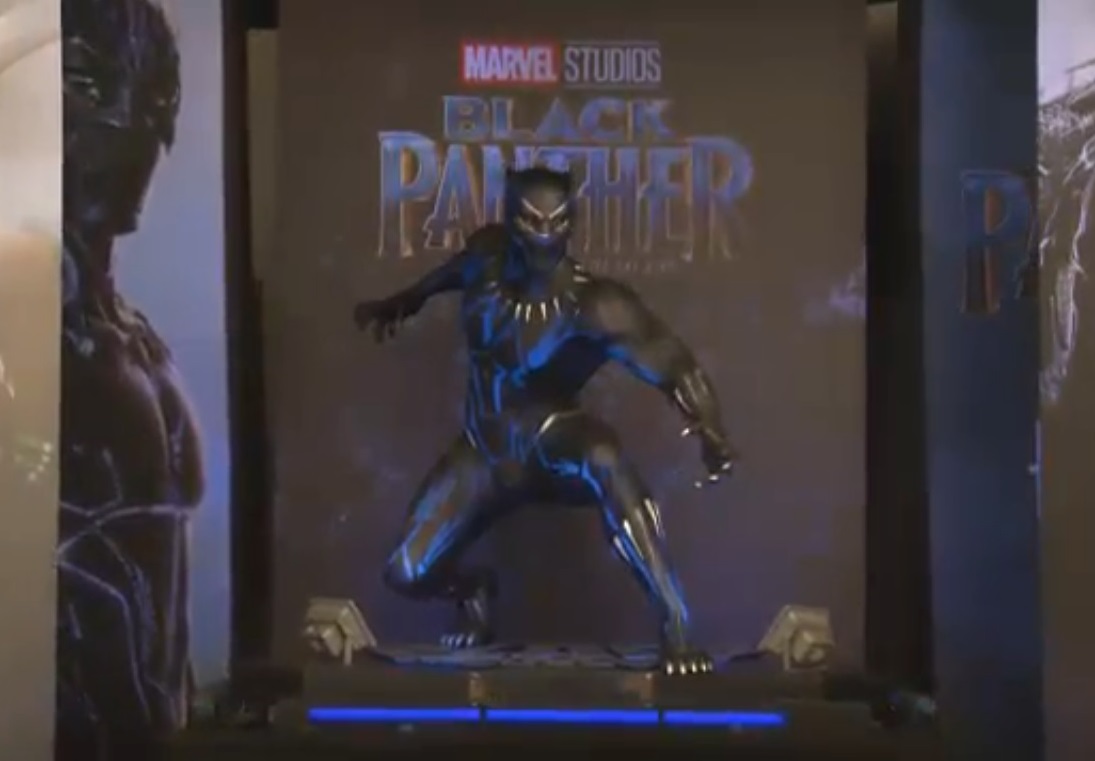 Marvel is taking Black Panther everywhere. Ever since tickets went on sale, Marvel has kicked off a marketing frenzy for the first black superhero movie. We’ve seen interviews with director Ryan Coogler along with featurettes and banners unveiled steadily since then. And in its bid to promote the movie, Marvel is now warming up to different markets, starting with one of the most populous of them all, India.

Marvel today held an event at India’s financial capital Mumbai to launch a new Black Panther figurine. A life-size replica of the Panther in his Wakandan costume, the suit glows in the dark. The event featured live performances by the Fictitious Dance Group set to the tunes of Black Panther’s music (specifically the tracks featured in the trailers). On the eve of the event, Bikram Duggal, Executive Director and Head, Studios, Disney India, acknowledged the craze for superhero movies among Indian audiences, stating:

The Marvel Cinematic Universe has undoubtedly redefined the movie-going experience for the audiences today. The superhero genre is strongly resonating with Indian audiences driven by Marvel’s films and superheroes.

Marvel has indeed done well among Indian audiences. As far back as 2012, The Avengers took in $12 million (around ₹78 crore). And while standalone movies may not have fared as well, previous origin stories Ant-Man and Doctor Strange managed to make $1.6 million (₹10.4 crore) and $5.1 million (₹33.1 crore) respectively. Duggal believes the character to be equally popular among Indian audiences as well ever since its first appearance in Captain America: Civil War. While the live stream has ended, you can still check it out in the embedded video below:

Straight from Mumbai, India, we're taking you LIVE to the #BlackPantherFigurineUnveil where the king of Wakanda, Black Panther's life size action figure will be revealed.

Black Panther leapfrogs into theaters on Feb 16, 2018. Stay up to date with all the coverage right here on Appocalypse.

Thor 4 could be a possibility