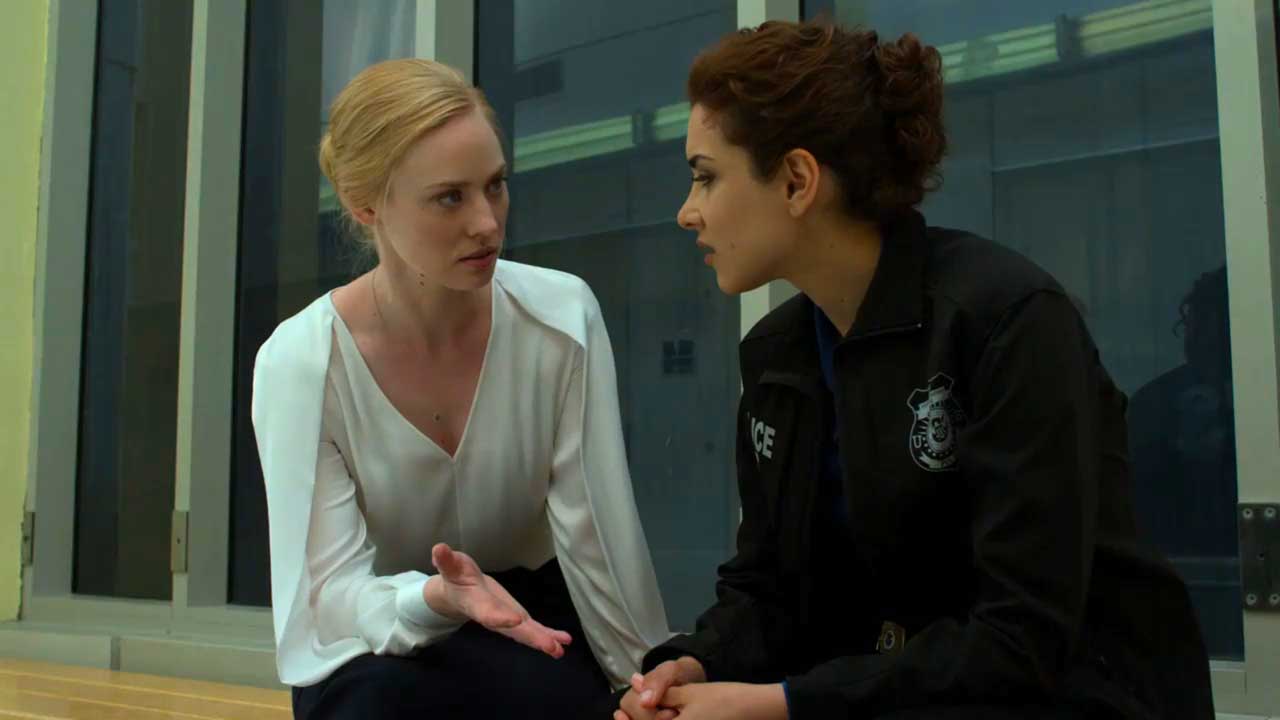 This was a, surprisingly good episode. Sure most of the episode is delegated to the hospital where Frank’s admitted in the aftermath of his actions but the psychological torment that Frank undergoes believing the deaths he apparently caused results in some fascinating moments from Jon Bernthal. And hey Karen Page makes and appearance in the episode and Matt Murdock gets mentioned too, as icing on the cake.

I will admit I’m a bit disappointed about the setup though. I mean sure, we knew Frank didn’t kill those women but it would’ve been one hell of an interesting twist if he actually had. If for instance, Billy had just tied those women up to a chair and left them to die and had let Frank to the shooting instead of himself, it would’ve blurred the lines further. Frank’s breakdown would’ve had more weight to it because he actually would have killed the women. Consequently, he’d have to fight through some real emotional barriers about the cost of the war he’s waging and might have come out a bit more sane.

Instead, we get the simple framing subplot and quite conveniently, Billy shot those women in plain line of sight. And the cops haven’t bothered to conduct a forensics investigation yet, having prematurely concluded Frank did the killing (can’t blame them since they caught him at the scene of the crime firing). The potential for some really gripping drama gets lost in the writers’ decision to make this a simple framing plot. Bernthal, regardless, fully convinces us in that moment that his actions have seriously affected him and that’s really great to watch.

It only helps that he has Karen Page to share this with and all women in the show end up surrounding Frank at multiple points. The women in fact get quite a lot to do here as the men lay low. Karen and Madani team up to examine the bodies at the morgue and effectively prove Frank’s innocence as Amy is able to slip in as a nurse to try and break Frank out. It’s good to see them take charge more often and the Marvel-Netflix shows now have enough women that they could carry a mini-series in their own right.

We finally, finally get some backstory for Krista Dumont about how her parents’ troubled marriage led to her father’s suicide and left her with those scars. It’s also why she keeps crying over the window, unable to erase memories of her past. I have to wonder why we weren’t supplied with this piece of information before as it would’ve only helped her connect with the character better. Specifically, there were moments around the mid-episodes where this could’ve been easily revealed, but doing it now when the final two episodes are only going to revolve around resolving the central conflict Frank and Billy undermines any connection we could hae with the character. I do see a possibility of her succumbing to Frank’s rage, just like Dinah ended up being a victim of Billy’s gunshot last Season. That would be a great way to just break Billy without actually killing him and mess him up beyond repair.

John Pilgrim continues his standalone march towards his own, isolated subplot. As much as I love Josh Stewart’s performance (I really do, despite all the sh*t he’s pulled, there’s something about his expressions and perpetually saddened tired look that just makes you wish he got a better fate), I really feel his subplot is going nowhere. There was strong potential here to build an interesting supporting character and while I understand not everything ought to be spelt out for the viewers, some more insight into his life and some more time spent with his family could’ve helped the loss of his wife resonate harder. But alas, all that isn’t to be and he’s now merely a cog in the wheel.

The episode didn’t get anywhere much in terms of storytelling but I enjoyed watching it nonetheless. Part of it has to do with Karen reuniting with Frank; the duo share a bond that goes beyond friendship but stops short of romantic interludes. And throwing Matt Murdock’s name into the mix really got me a kick. If Charlie Cox makes an appearance as Daredevil in the final two episodes, I swear I will lose my sh*t. Enough said though.

I’m doing individual episode reviews for the second season of Marvel’s The Punisher. These reviews may be a bit heavy on spoilers so read them with caution. Check out my review for The Punisher S02E12 here.