Events escalate, setting the stage for a climactic showdown between Frank and Jigsaw 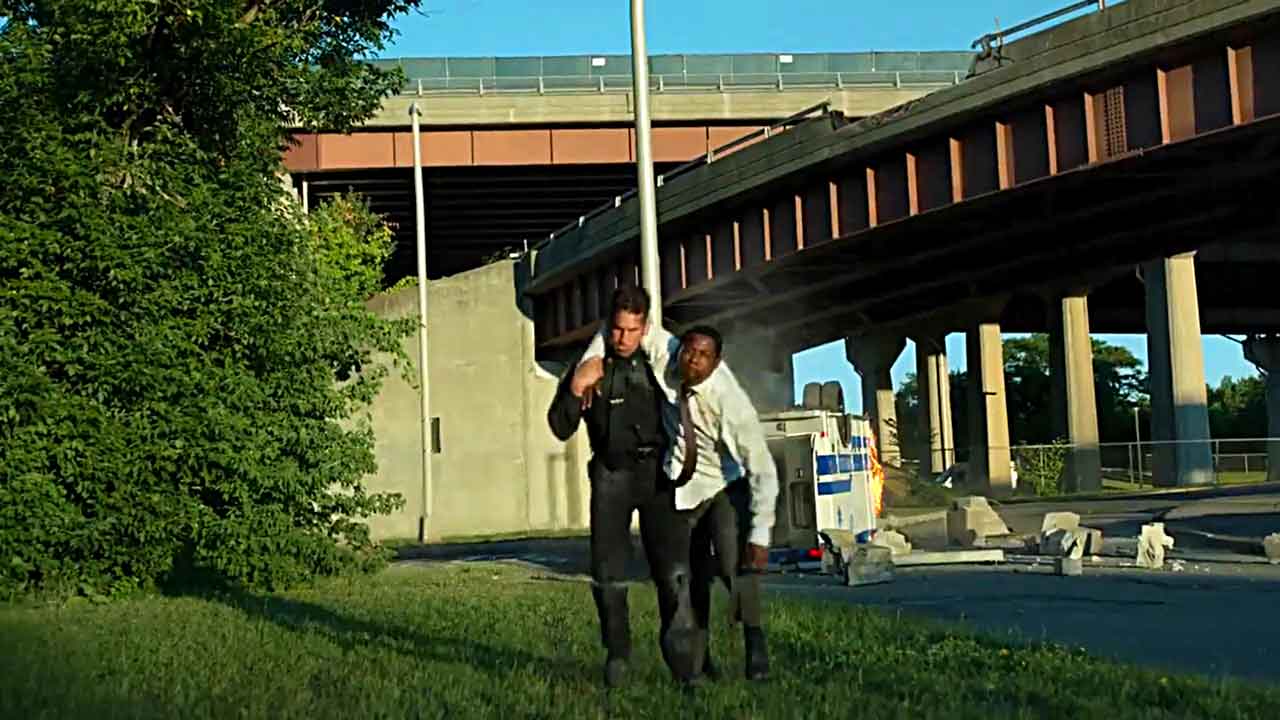 After a lot of dull episodes, The Punisher has finally begun its ascent back on track to the show we wanted it to be. Things quickly spiral out of control since last episode’s cliffhanger moment where NYPD Detective Mahoney takes off with Frank in an ambulance, John Pilgrim interferes with their escape plans and Dinah Madani comes to a realization that triggers an action on her part that sets Frank and Russo on a collision course for a climactic showdown.

The Punisher offered another big set piece this episode in the opening sequence when Pilgrim’s intervention leads Mahoney’s ambulance off the cliff. The repercussions of this are instantly clear; Frank gets a chance to run away but to no one’s surprise, does the right thing and rescues Mahoney. Will the NYPD detective now be convinced about Frank in a manner that Madani is? For regardless of the consequences, Frank’s actions have clearly crossed the line of the law several times. The entire setup serves two purposes. First, it gives Frank a chance to escape and head for the inevitable showdown. And second, it thrusts Pilgrim into the main plot.

Pilgrim probably has more interaction with the major players this episode than he does throughout the season. There are bits here and there that allude to his character. Two scenes especially stand out. The first is the stand-off with Curtis in the trailer and the preceding moment of calm. The second is Pilgrim quietly, and painfully removing bullets from his leg as he spouts some religious mantras. Josh Stewart is brilliant in both these cases but the character just remains a wandering, ambigous soul and it’s just too late to bring his arc to any sort of conclusion. Perhaps the least they could do is keep him alive for another season, assuming Netflix doesn’t cancel The Punisher (a distant reality in the current scenario).

Frank’s escape, while needed, comes a bit too quickly after his emotional breakdown over being framed for killing those innocent women. Honestly, that con should’ve been pulled off in the middle of the season; it would’ve made an interesting turmoil for Frank to grapple with and his recovery could have lead into some self-realization on the path he’s on. Perhaps the writers were aware no one would buy Frank killing innocents and quickly dispensed with that subplot using two episodes to stall and play around with.

The real meat of the episode that leads to a consequence I predicted correctly in my review for the last one, is a confrontation between Madani and Krista Dumont. Madani realizes Krista was the one behind the scheme, digs up her past and the two have an intense female cat fight that’s truly a delight to watch. Thankfully, the two don’t restrain from pulling any punches and go all in on each other, reminiscent of the fight between Michelle Rodriguez and Gina Carano from Fast & Furious 6, only more real. The consequence, spoiler alert, is Krista’s demise as Madani pushes her out of the window, resulting in her death mirroring her father’s.

This was quite possibly the most obvious route to go. Not only does Madani get her revenge over Russo, his devastating reaction will make him come after both Madani and Frank with vengeance. Throughout the episode he’s been looking for a valid justification to get back to Frank and he’s now finally gotten one. Whether his memories will return by the end or not, he’s now going after Castle. The sad part is that Krista died, an undeveloped character, or at least just when we were getting to know the traume she underwent during her childhood. And the death scene did feel dreamy and cheesy at once.

It’s now down to the final episode to give us the Frank vs Jigsaw fight we’ve been teased throughout the season. Both our primary characters now have solid reasons to hate each other that have been triggered by the actions this season, rather than the past. Both have lost something valuable, their loved ones and become broken in the process. I expect nothing but a brutal fight between the two but I would be pleasantly surprised if The Punisher pulls out some twist and the duo settle it through dialogue and arguments. Hopping on to the final one now.

I’m doing individual episode reviews for the second season of Marvel’s The Punisher. These reviews may be a bit heavy on spoilers so read them with caution. Check out my review for The Punisher S02E13 here.