Beyond Avengers: Endgame – What’s Next For The Marvel Cinematic Universe

We take a deep dive at what lies ahead for the MCU’s next Phase of movies. 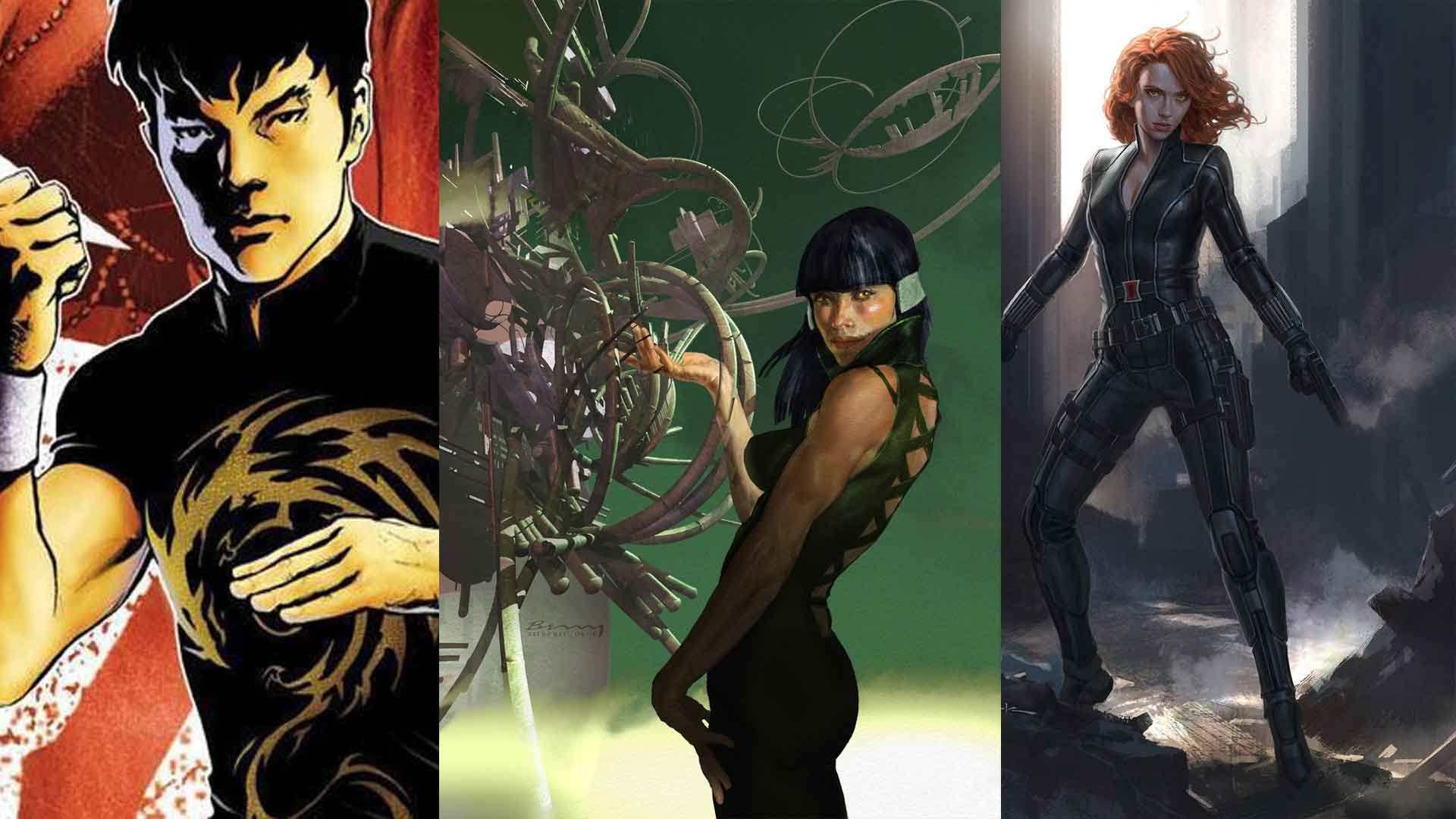 Now that Avengers: Endgame is out, fans can finally heave a sigh of relief. All the speculating, theorizing, guesswork and numerous fan theories can be put to rest. That said, the release of Endgame certainly leaves a void in that fans do not know what to anticipate next from the studio. Sure, there have been rumblings, some off-the-books confirmations and a general idea of the kind of movies that lie ahead but as far as of official announcements from Marvel Studios go, we have none.

It’s not incredibly hard though to pour through the amount of information available out there and decipher something about Marvel’s plans for the future. The acquisition of Fox by Disney certainly complicates some things, as does the introduction of the Mouse House’s streaming service Disney+. Even so, it’s about time we started looking ahead for what lies in the MCU’s Phase Four of movies, or whatever it ends up being called. We’ve refrained from talking about it for a while now, preferring to keep the focus on Endgame instead but I’m pretty sure fans are itching for something on the prolific studio’s future. Without further ado then, let’s jump in.

One of the first names that spring to mind when thinking about a post-Endgame MCU is the upcoming Spider-Man movie. We’ve already gotten a trailer with a second one hopefully set to arrive soon after Endgame has settled in. The movie is set after Endgame and sees Spider-Man go on a field trip to Europe where he battles the mysterious Mysterio. The trailer gives us enough about the movie but not enough to understand how the events of Infinity War impacted its story, if at all.

A standalone Black Widow film has been in circulation for the longest time now. Supported by several actors (Chris Evans, Sebastain Stan, Anthony Mackie and Scarlett Johansson herself), multiple directors have offered to direct and even declared it a no-brainer, among those being Joss Whedon and the Russo Brothers. The movie, if made, would most likely be a prequel, elaborating on the origins of Natasha Romanoff as a KGB assassin turned S.H.I.E.L.D. agent after being saved by Hawkeye during a mission in Budapest. That, or it could occupy other periods in the pre-MCU history.

Marvel Studios finally relented, appointing a writer Jac Schaeffer to write a draft and work closely with star Johansson on the movie. They ran an extensive search for the director, evaluating as many as 70 candidates before settling on Cate Shortland, for her work in the World War II drama Lore. Marvel subsequently started building up its crew, hiring Mission: Impossible – Fallout and Ex-Machina cinematographer Rob Hardy, Bond costume designer Jany Temime and a new writer in Ned Benson to rewrite and polish the script. Filming was reported to begin in February 2019, with Johansson tipped to received $15 million in salary – as much as her co-stars Chris Evans and Chris Hemsworth earned for their roles in Infinity War and Endgame.

Several casting rumors and bits also started making their way online, including Emma Watson potentially joining the movie in a supporting role and Andre Holland of Moonlight being eyed to play the villain. For a while, there was also a brief rumor of Black Widow being Marvel’s first R-rated film but those talks have been quashed. Currently, Black Widow is looking to start principal photography in June 2019, but continues to remain officially unannounced.

After Avengers, The Eternals is a property that Marvel is eyeing to become its next major franchise. Rumors began last year around the release of Infinity War that Marvel was developing a film based around the cosmic beings, later solidified when Feige actively mentioned talking about Eternals in internal meetings.

Things developed fast enough, with Marvel soon hiring writers Matthew and Ryan Firpo and later on signing indie-film director Chloe Zhao, who impressed the studio with her ideas for the film. With plans to begin principal photography from August 2019, recent days have seen casting news for the movie pop-up including the likes of Kumail Nanjiani and Angelina Jolie.

The Eternals is being developed as a cosmic franchise unlike never before. Comprising of near immortal beings, the story could span tens of thousands of years and could give some insight into some of the nitty gritties of the MCU, such as the formation of Asgard, the forging of the Infinity Stones or even whose severed head made up Knowhere. Some remnants are already present in the MCU; the concept of Celestials was introduced in Guardians of the Galaxy Vol. 2 with Ego and Thanos himself is an Eternal mutant and a child of two Eternals.

The Eternals is currently eyeing a November 6, 2020 release date although, as mentioned before, this isn’t officially announced or confirmed.

One of the things Marvel Studios is looking to bring into the MCU going forward is diversity. It’s evident in the studio’s recruitment of female directors for two of its upcoming tentpole projects. Shang-Chi is another fine example of this intent. Last year, news came out of nowhere that the studio is eyeing a martial-arts based movie in Shang-Chi. A release date is currently unknown but it could fit nicely into one of the studio’s November slots, perhaps November 2021.

Another certainty in the post-MCU world is a Doctor Strange sequel. Talks have already begun and director Scott Derrickson is looking to don the director’s hat yet again. Last we checked, he was working on a script with writer C. Robert Cargill, who helped pen the first one. Just like the above movies, we could expect a potential announcement at this year’s SDCC.

Guardians of the Galaxy Vol. 3

James Gunn’s cosmic series capper should’ve arrived as early as May 2020, were it not for his untimely firing over decades old tweets. As the majority of fandom stood by Gunn, including his movie’s stars, Disney remained silent on a prospective replacement. Eventually, the Mouse House relented and Gunn was reinstated as director of the movie. By then, he had been broached by Warner Bros. for The Suicide Squad so he’d end up finishing that movie first before he resumes production on Guardians.

Gunn already has a script in place which should help accelerate the schedule a bit. Even so, we cannot expect Guardians of the Galaxy Vol. 3 to hit theaters any time before May 2022.

Disney’s acquisition of Fox has landed the studio several additional characters to play around with. While it’ll be some time before we see most of them adapted for the MCU, one property has a stronger chance than others to make it to the big screen. Even though nothing is confirmed or set in stone at this point, I expect Marvel to work on bringing The Fantastic Four on the big screen, perhaps even using that exact (as yet unused) title. The X-Men should follow eventually but it’ll be a while before the memory of the 20-year old running series withers to pave the way for something new.

One of the cool things about the next slate of the MCU is that franchises could span multiple media. Sure, Marvel already has several TV Shows running but those are produced by Marvel TV as opposed to Marvel Studios. With Disney+, Kevin Feige has a chance to be involved in those shows himself and, as he’s said, they will see characters cross over from the movies and gain experiences which will shape their storylines in the movies. This implies a heavier dependency and interconnection between the movies and shows than currently possible. To that end, we have three shows that are announced:

WandaVision: Follows the pair of Scarlet Witch and Vision as they head on toward their own stories.

Loki: Details are scarce but it looks like the show will follow Loki in his afterlife, and all the strange journeys he’s been on, narrated by Tom Hiddleston from Loki’s point of view.

Sequels to Black Panther, Captain Marvel and Ant-Man seem inevitable follow-up movies. But we’re not discussing them in great depth because more information about them isn’t available at this stage. That doesn’t mean they aren’t happening, just that it’ll be a while before details about them emerge.

It’s going to be interesting to see how Marvel evolves its cinematic universe in the wake of the aftermath of the Avengers finales. The next few years hold a lot of promise, as the past few years did.

Stay tuned to Appocalypse for all coverage on the Marvel Cinematic Universe.