Check out the sneak preview of next week’s episode. 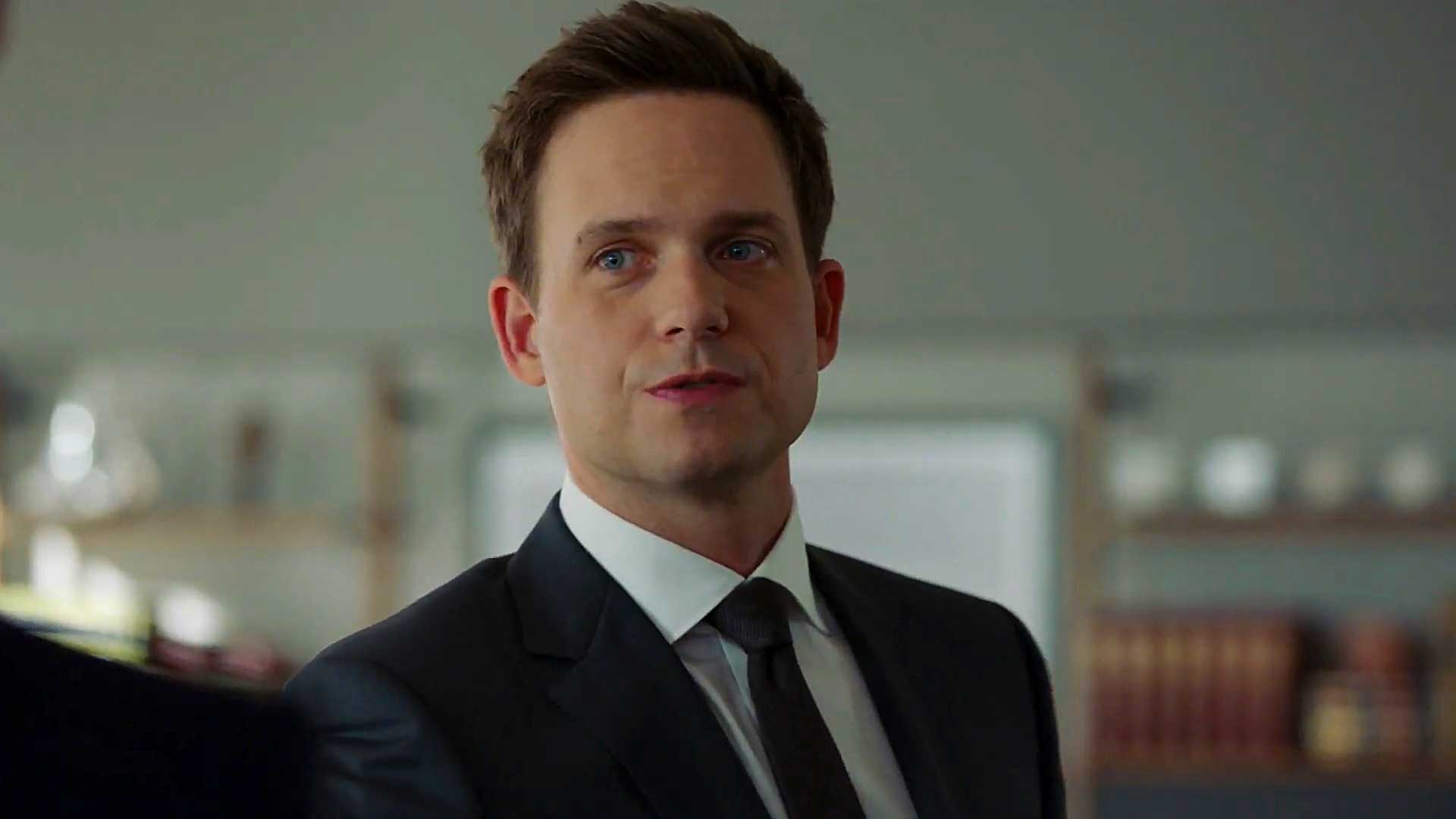 Patrick J. Adams is finally back in Suits Season 9. As promised, Mike Ross will return in next week’s episode titled If The Shoe Fits. USA Network have released a short preview that shows Ross potentially pitted against new series regulars Alex Williams and Samantha Wheeler as the former junior partner returns to his firm, now in disarray after his departure. This is also a more confident Mike, bordering on the Harvey Specter of the early days.

In addition to the short trailer, USA have also release a sneak peek at one of the scenes from next week’s episode. It shows Harvey and Mike’s reunion as they quote and throw movie references at each other and have some fun meeting again after a gap of few years. The chemistry between Patrick J. Adams and Gabriel Macht is as strong as it was before. Check it out.

Personally, I’m quite excited for Ross to return and how he bouncess off with Alex and Samantha. Someone with his eidetic memory could be a great have on their side as they fight Faye. I’m still curious if his appearance is a one episode thing or will continue through the finale, as well as if his better half Rachel Zane will appear and mark Meghan Markle’s return to the show as well.

For now, next week should be particularly interesting. But they’d probably play it safe with Mike. As he said in the clip’s most quotable line: “Anything that gets me disbarred or in prison is off limits”. Suits Season 9 returns next week with Episode 5, If The Shoe Fits, on USA Network. Meanwhile, read our review of Episode 4, Cairo, here.