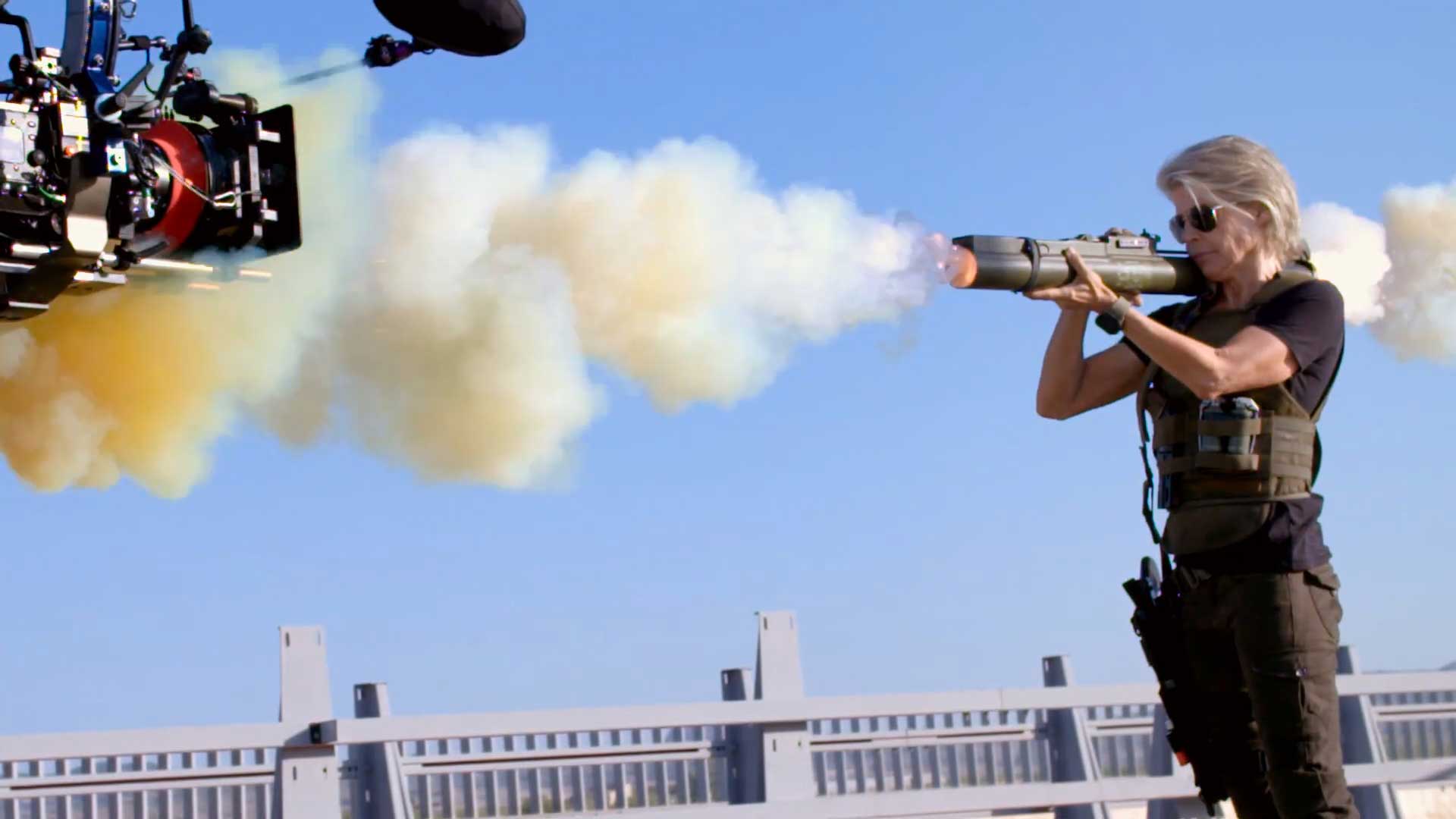 It’s confirmed. Terminator: Dark Fate will be rated R. After months of dancing around the rating, James Cameron himself confirmed in a featurette that Dark Fate is a surefire R. The entire cast and crew of Terminator: Dark Fate were at San Diego Comic Con where they premiered some exclusive footage and a new behind the scenes featurette that features plenty of swearing in an attemmpt to justify the R-rating. Check out the look below:

It’s rather clear that Cameron confirmed this in the very first featurette shot for the movie itself. You can see that the line was cut out from the first look, given that Cameron is in the same setup and outfit. This indicates the studio was actually toying with releasing Terminator 6 as a PG-13 movie and tried to keep all references to the abusing, violence and R-rating hidden. They possibly developed cold feed when sensing negative fan reaction to the PG-13 possibility and reverted their stance to bringing back the R-rated elements.

Director Tim Miller maintains that the movie was shot with all the swearing intact, and that sounds true since it’s present in sequences we shot in the trailer. It’s just difficult to buy that Paramount always intended to release Dark Fate with the R-rating and are only giving in to win fans over. Hopefully this bit of news should help counter some of the skepticism toward the huge recent Terminator 6 leak.

The crew also showed some exclusive footage at SDCC that has so far managed to stay exclusive to the event. Additionally, the entire cast of the movie conducted an AMA on Reddit to answer a few fan questions, which should spawn their own articles. It’s interesting to see them talk about the movie with passion, especially Arnold who’s also been on Reddit longer than everyone else. It was also very sporting of Arnold Schwarzenegger to tactfully handle a question that outright asked if Terminator 6 would suck.

Terminator: Dark Fate is set for release on November 1, 2019. Directed by Tim Miller of Deadpool, it is a direct sequel to 1991’s Terminator 2: Judgment Day and stars Arnold Schwarzenegger, Mackenzie Davis, Dani Ramos, Gabriel Luna and Linda Hamilton who returns to the franchise after 28 years.