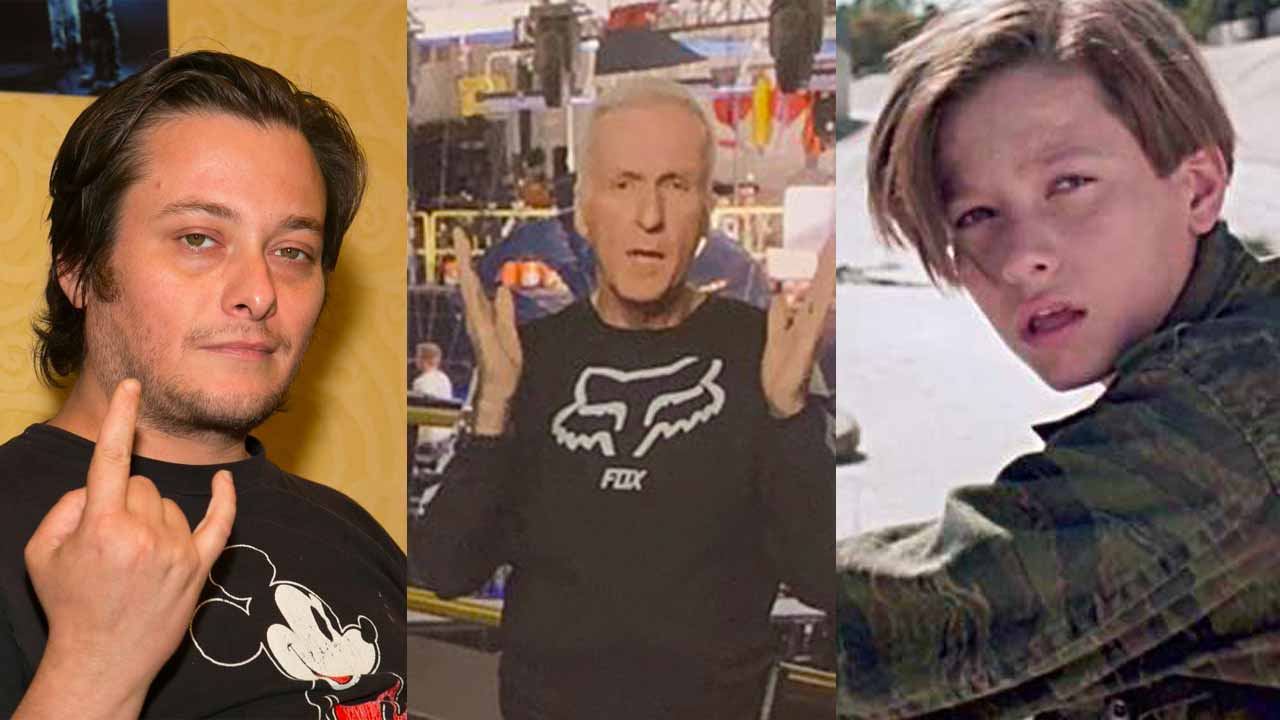 At the San Diego Comic Con panel for Terminator: Dark Fate, James Cameron addressed audiences from the set of Avatar sequels through a live stream. His introduction got an enthuastic response from audiences. Among the stories he narrated of kicking Terminator 6 off the ground, was one particularly interesting tidbit that caught along online. Cameron seemingly confirmed that Edward Furlong is back as John Connor in Terminator: Dark Fate.

Naturally, this was greeted with audible gasps by the Hall H audience. Soon, Furlong’s return became a trending topic on Twitter. But for a small section of the online audience that read the Terminator plot leaks, this seemed like a bit of a stretch. Now to discuss this bit further, I would be required to delve deeper into those leaks so turn back if you don’t want stuff spoiled. The TLDR for you is that Cameron might be on the verge of misleading audiences by his statement.

The leaks seemed to hint that John Connor dies a brutal R-rated death at the hands of a new Terminator sent to kill him. And this happens in 1991 in the first few minutes of Dark Fate. To film this, digital de-aging technology so prominently employed in the Marvel movies will be used to de-age and CGI young Eddie Furlong’s face onto a boy, as well as take Linda Hamilton to her 1991 age. With John gone, Sarah becomes a lost, broken, cold wreck that informs much of her character arc throughout the movie.

It follows then that it’s not really the adult Edward Furlong returning as the adult John Connor, but rather the young Eddie Furlong who is present in the movie as a young John Connor. If looked at this way, the statement “Eddie Furlong is back as John” makes sense, since it isn’t outright lying. But to think that adult Furlong is back reprising his role as a grown up John leading the resistance in the fight against Skynet is another thing altogether.

There is a modicum of possibility that the original ending to have John killed off at the beginning was changed during reshoots. If so, it’s also possible they indeed are bringing back Edward Furlong for a small cameo role of sorts to fulfill the promise of reuniting the Terminator’s trio. But Furlong has been a mess in the past few years, going through issues in his personal life ranging including a tryst with drugs (something which cost him his role in Terminator 3: Rise of the Machines). Below is a recent picture of Edward Furlong.

Again, don’t get me wrong. If Furlong were to indeed return as John Connor and be back in shape as the future leader of the resistance, it would be supremely awesome for the Terminator franchise. His return alone should entice enough people to watch Dark Fate in theaters to reignite their nostalgia buds. As it stands now though, I find it increasingly less likely that this is going to happen. Which is why Cameron’s declaration seems a lot more like a misguided attempt at drawing audiences into theaters and sparking curiosity aided by technically correct language.

Whatever be the case, we’ll find out once the movie is out. Terminator: Dark Fate hits theaters on November 1, 2019. Meanwhile, let us know what you think of Cameron’s statement in the comments below.