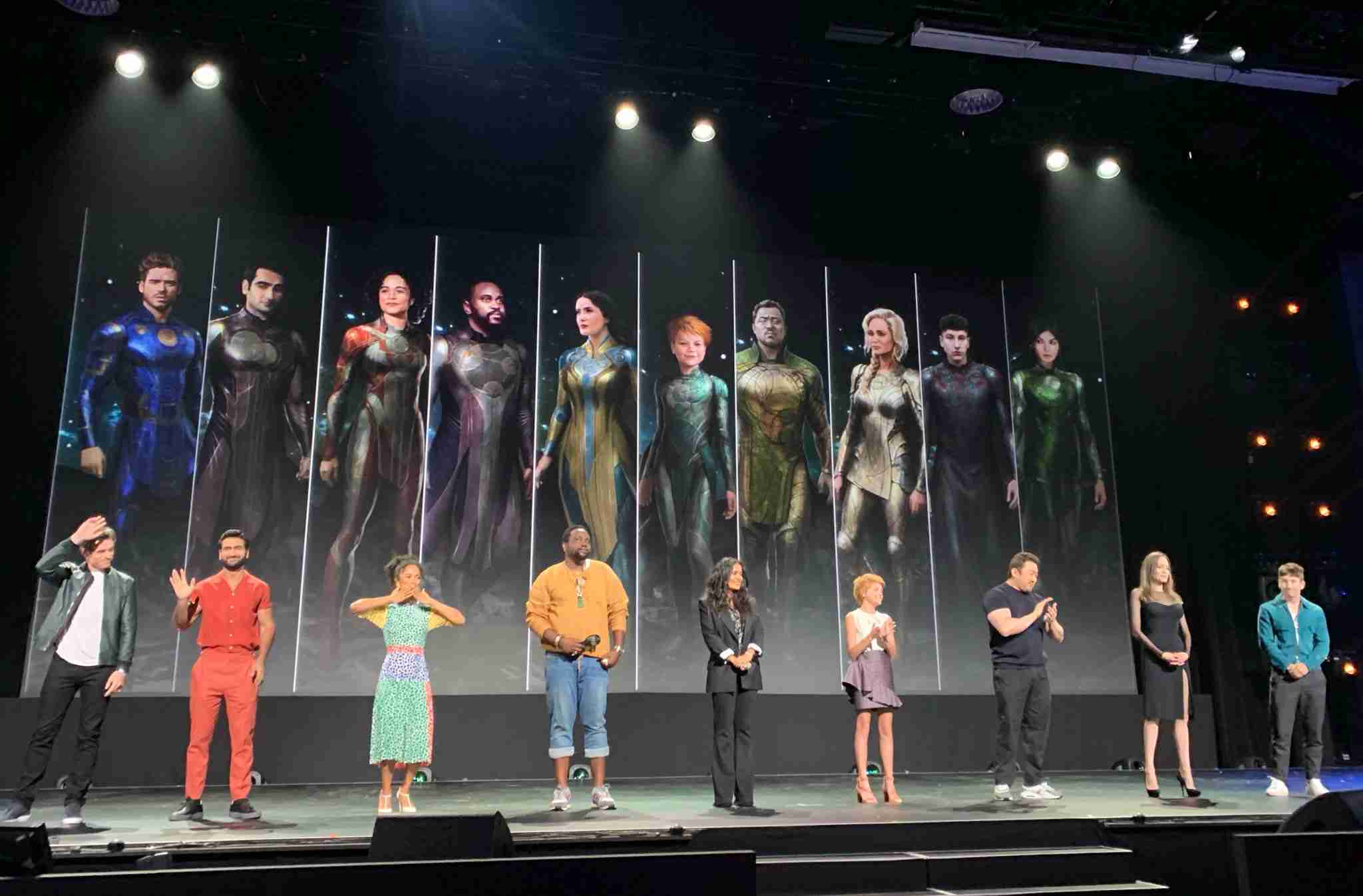 Marvel Studios’ The Eternals made a splash at Disney’s D23 Expo as Feige revealed a first look at each of the cast members. The Eternals had added Gemma Chan from Captain Marvel around SDCC last month and has included another high profile name to the mix. Game of Thrones star Kit Harrington who played Jon Snow in the acclaimed series has joined The Eternals.

Marvel also revealed the character names of the new additions. Gemma Chan will play the lead Cersi, the immortal being who was previously rumored to be played by Angelina Jolie, until she was revealed to be playing Thena. Harrington will play Black Knight, the only non-Eternal character in the cast who falls in love with Cersei (and might end up getting blessed with Eternal powers, we’ll see). This also marks the reunion of the Stark brothers from Game of Thrones; both Richard Madden and Kit Harrington played Stark children Robb and Jon in the show respectively.

With a star-studded cast that includes the likes of Angelina Jolie, Kumail Nanjiani, Richard Madden and Salma Hayek, The Eternals is shaping up to be Marvel’s next big tentpole. It is set for release next year, on November 6, 2020.