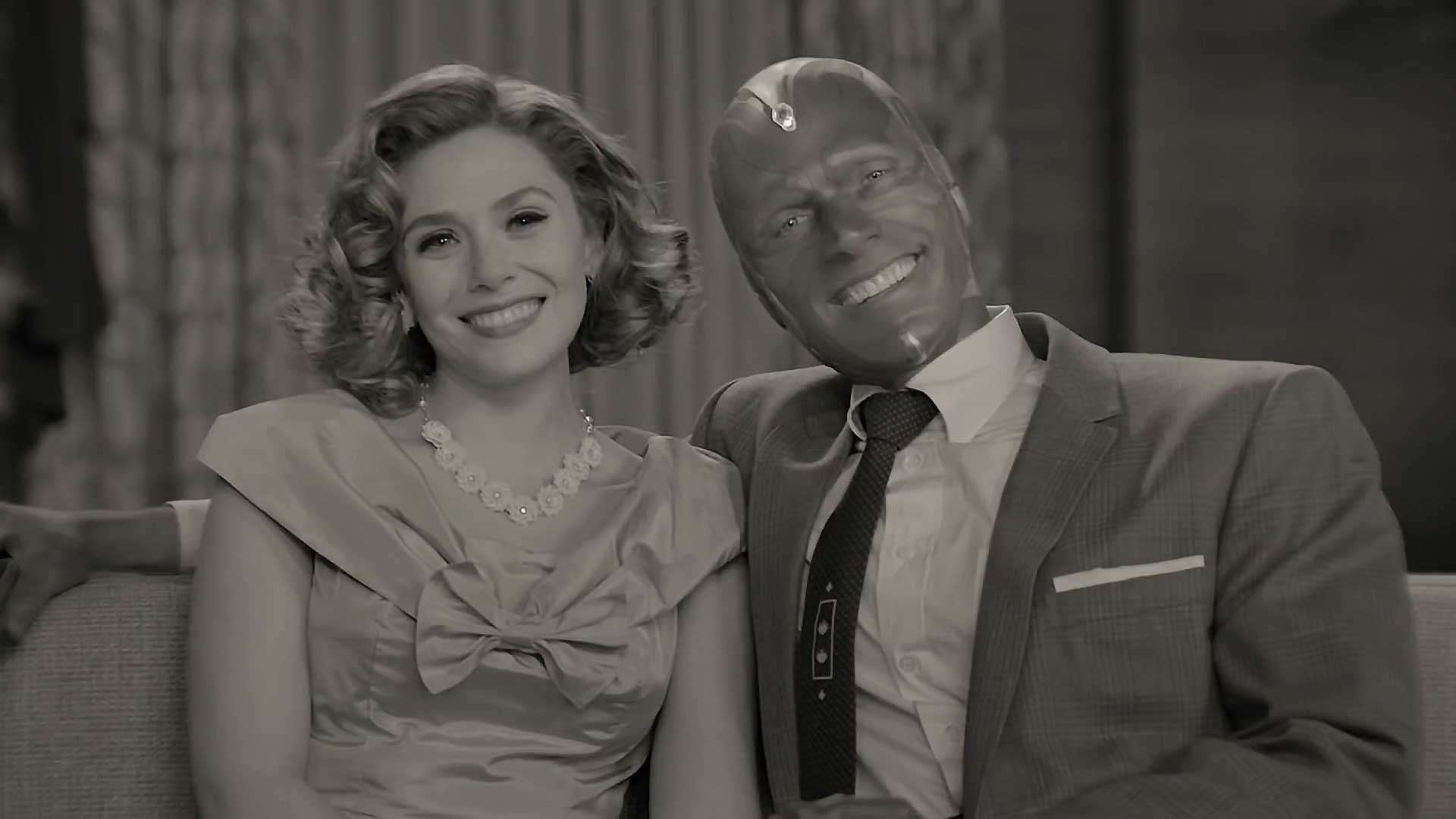 Marvel Studios dropped the first WandaVision trailer yesterday, ending the drought of major MCU related news. The trailer gives us our first full-length look at what to expect from the series which, aside from a few stills and a brief look at 2020’s Super Bowl, has been largely shrouded in mystery. That said, certain tidbits have leaked out occasionally and when examined in the context of this trailer, they make a lot more sense.

Right off the bat, this is without doubt, the most crazy, zany trailer the MCU has ever seen. There have been rumblings about how WandaVision is essentially the MCU’s take on a 50s sitcom, which is a direct result of Wanda Maximoff manipulating reality to create a world where Vision is alive and living in with her as her husband. The trailer definitely confirms this theory without stating anything explicitly, affirming that it’s the direction the show’s headed in.

Vision’s dialogue also suggests that he’s dead and probably trapped in some sort of otherworldly nightmare. This could be a result of how he died, or perhaps some part of his consciousness was preserved somewhere (remember, Shuri was experimenting with saving Vision’s memories before the attack on Wakanda in Infinity War but I doubt they’d tie this into that reference). Monica Rambeau is also seen in a brief shot and it’ll be interesting to see how the grown-up character from Captain Marvel ties into this show.

In terms of production values, Marvel Studios and Disney are clearly leaving no stone unturned for their first TV Shows. In fact, it would be wiser to call them movies masquerading as TV Shows since they look every bit as polished as the films. With a rumoured production of $150 million, it’s essentially the MCU brand of filmmaking brought to a different platform and, if true, is even more expensive than 2008’s Iron Man. It’ll be interesting to see how the production quality holds up throughout the 8 episodes.

It’s great to see some new MCU content at long last. 2020 has been a drought in terms of MCU related films. While Black Widow was originally set to release in May 2020, plans have been thrown off guard and I’m hearing it may be further delayed from November 2020 as well. Which would make WandaVision the only MCU property to debut this year since Disney all but confirmed that the show will indeed drop in 2020, ahead of The Falcon And The Winter Soldier which now moves to 2021.

WandaVision stars Elizabeth Olsen and Paul Bettany reprising their roles as Wanda Maximoff / Scarlett Witch and Vision respectively. The series is written by Jac Schaeffer and directed by Matt Shakman of Game Of Thrones fame (you know, the guy who helmed The Spoils Of War).